It isn’t often that a company in Asia acquires a U.S. rival, particularly one that has surfed a wave of hype in Silicon Valley. But that’s exactly what happened this week after Path announced the sale of its flagship app to Korea’s Daum Kakao.

The deal is undisclosed, but, as an real acquisition involving two consumer messaging apps, it is notable, particularly as the mobile messaging space transitions from a period of hyper growth to one of consolidation and services. (I mentioned this briefly when I assessed WhatsApp’s global presence last month.)

Most people interested in tech are familiar with Path . The five-year-old service burst onto the scene as a beautifully designed, mobile-first alternative to Facebook with a number of features to set it apart from the social network. Notably there was a 50 friend limit for each user (that’s since been lifted), and a refreshing design, one major element of which Facebook ironically began copying this week. 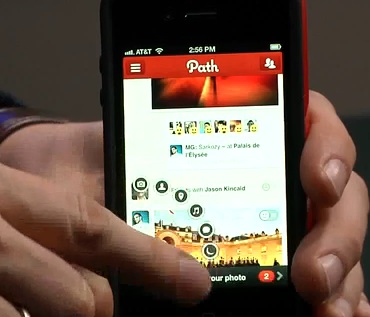 Ultimately, Path didn’t break out of Silicon Valley and go mainstream in the U.S., but it did make inroads in Asia — particularly in Indonesia. The company is said to have 23 million registered users, four million of whom are in the Southeast Asia country, as of October last year. Path began to focus more intently on Asia with its redesign in 2013, while it took money from Indonesia’s Bakrie Global Group as part of a $25 million Series C last year.

The company’s Kakao Talk app is perhaps the best example of how a messaging app has impacted media and internet distribution — which is where the trend is moving in the U.S. and other countries. Though it has a small global presence — its 160 million registered userbase is far lower than key rivals — the app is installed on over 95 percent of smartphones in its native Korea, where it offers free texts and calls, games, a payment service, taxi-hailing and more.

The 2015 Mary Meeker internet trends report, released this week, ranked Kakao Talk as the top messaging app worldwide based on user engagement. Another indicator of its stickiness is that its games business utterly dominates Korea’s iOS and Android app stores, according to data from App Annie. 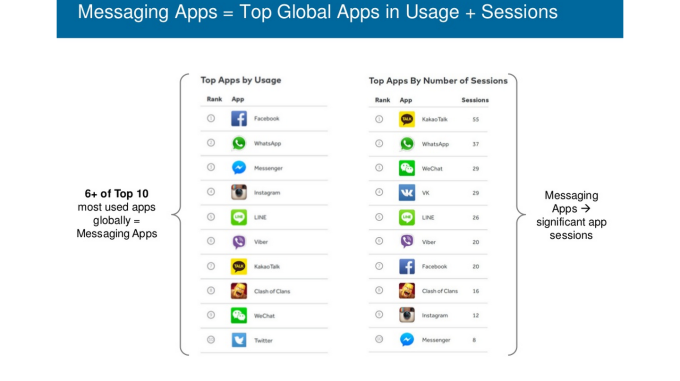 Path’s position in Indonesia, while not dominant, is almost certainly the driving force behind this deal.

Indonesia is the largest country in Southeast Asia with a population of over 250 million. It was well-known for being the last major market where BlackBerry had any kind of mainstream presence but that’s changed now. The rise of affordable Android smartphones — particularly glamorous sub-$300 devices from the likes of Xiaomi — sent BlackBerry’s sales plummeting.

But, the result of BlackBerry’s years of dominance is that there is no single messaging app that dominates Indonesia. That’s unlike other parts of Asia — China (WeChat), India, Singapore and Malaysia (WhatsApp), Japan, Thailand and Taiwan (Line), Philippines (Viber) — where the leadership has been established.

With a large population up for grabs and the sizable following that Path enjoys in the country, Daum Kakao is buying itself a larger chunk of the market with this deal. It may also bolster its presence in other parts of Asia, where Daum Kakao claimed Path has 10 million registered users.

Path increased its focus on Indonesia over the past 18 months or so, establishing an office in capital city Jakarta last year, but it’s a tricky business relying on a country that is across the world from your headquarters.

“We have reached a tipping point on our journey and for Path to truly grow we need more resources and a larger local team that deeply understands Southeast Asian markets,” Path CEO Dave Morin said. It’s worth noting, however, that no Path staff are moving across as part of this deal.

As for the Path service itself.

Path Places — the feature that connected businesses with consumers — wasn’t part of the sale and has been disabled, but otherwise both sides said that “nearly everything” from Path and Path Talk will remain the same.

“Daum Kakao’s extensive experience in mobile innovation along with a network of millions of users will ensure continued and reliable service. Future product updates will continue to improve connecting, sharing and communicating in the Path community,” Morin wrote.

Daum Kakao confirmed that it doesn’t have any immediate plans to pipe its services — such as payments or games — into Path or Path Talk. But, it seems inevitable that, over time, it will either push users to adopt Kakao Talk, or else put its services — which have helped Kakao Talk be a profitable business since 2012 — into the app to grow its business in Indonesia. (Kakao already offers Path-like services in Korea, so it has experience here.)

The future development of Path will likely depend on how the app’s userbase develops over time, as Daum Kakao weighs up the value of investing to build out and develop two separate products, versus focusing on Kakao Talk as its main app with Path a niche focus for Indonesia and other places. 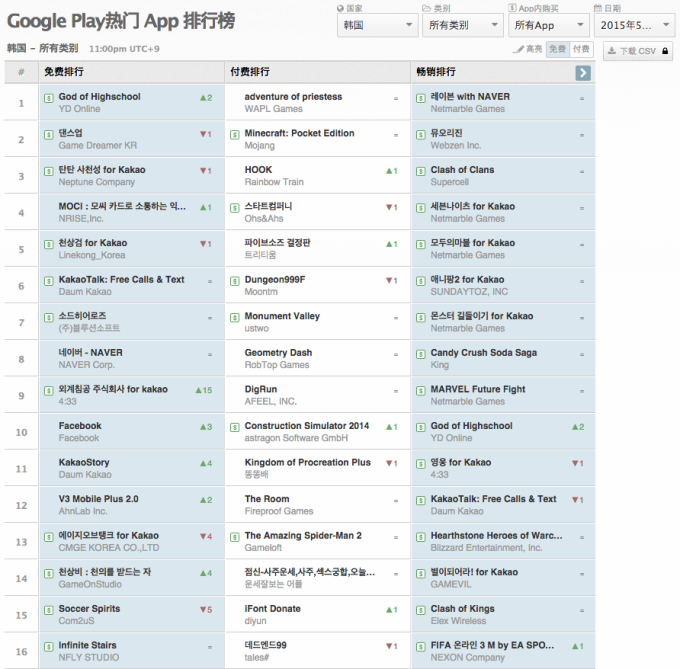 The other possibility in all of this is that Daum Kakao has bought itself is a chance to expand overseas. It’s horridly ironic for the company that, despite pioneering mobile messaging, its rivals expanded outside of their domestic markets at a faster pace. Buying Path gives Daum Kakao a platform in the West that it didn’t have before, but Path is not a mainstream challenger… that’s the reason why Morin and his team sold the service.

But, Path and Path Talk do give Daum Kakao a beachhead of sorts if it wishes to make a more sustained push into the U.S.. The dominance of the likes of Facebook Messenger, Snapchat and Kik, not to mention the widespread usage of SMS and Apple’s iMessage, has made the U.S. a tough market for Kakao Talk’s more internationally successful rivals, which are now focusing on services rather than international expansion. At this point, it seems unlikely that Daum Kakao will fair any differently in the U.S., but that might not stop it trying.

In practice, the Korean company may look to push Path into countries in Asia — and particularly Southeast Asia — which are dominated by rival messaging apps in the belief that the Path service offers something different. Again, though, it’s hard to see that strategy making an impact since the market leaders in Southeast Asia have assembled fairly unassailable leads.