With the newly-elected U.K. government plotting to tear up the Human Rights Act, and legal aid budgets already slashed, a new way for communities to fund legal action couldn’t have come at a better time.

CrowdJustice, a London-based startup founded by ex-United Nations lawyer Julia Salasky, is a crowdfunding platform for “public interest” litigation. The idea is to bring the Kickstarter model to legal cases that would otherwise find it hard to get funded, in a bid to widen access to justice. 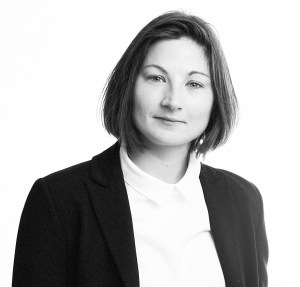 “CrowdJustice allows communities to band together to access the courts to protect their communal assets – like their local hospital – or shared values – like human rights. Successive governments have made access to justice harder and more expensive but we are using the power of the crowd to try and stem the tide,” explains Salasky.

“Under the coalition government, and we can be sure it is a trend that will continue under the new Tory government, we’ve had enormous cuts to legal aid funding, and legislation that really undermines people’s ability to challenge government decisions. As a result it’s harder than ever for normal people, let alone vulnerable people, to access the courts, particularly when there’s an issue of importance but not necessarily a big financial payout at the end.”

As for the types of cases that might find their way to CrowdJustice, Salasky says these could range from something very local, such as the destruction of a bird sanctuary, or an issue of broader public importance, such as torture or mass surveillance.

“These can affect hundreds or thousands (or hundreds of thousands!) of people. There’s no existing mechanism for enabling communities to channel the energy and the finances of the community as a whole, and typically public interest cases rely on a few brave individuals to make massive financial sacrifices on behalf of their communities. We are basically hacking the legal system to enable communities to invest in their future.”

Hacking the legal system has a nice ring to it. But actually the idea of creating a crowdfunding platform solely dedicated to public interest or community-led legal action seems painstakingly obvious in retrospect, so why has nobody done it already in the U.K.?

“It’s funny that it has taken so long for crowdfunding to penetrate the legal world, as everywhere I go to pitch, lawyers are saying, ‘I can’t believe that this doesn’t exist yet’ or ‘we have been meaning to do this for ages’,” says Salasky. “There is despair in the legal community at the way access to justice for ordinary people has been undermined in the U.K. over the last few years, and basically that all comes down to funding.”