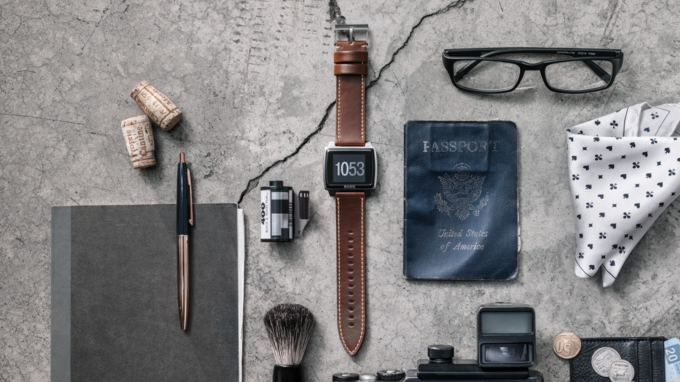 Basis, the Intel subsidiary that builds watches for tracking your health and sleep habits, is today dropping a classier version of its Peak tracker made from titanium. It’s also launching a new series of leather bands for people who already have the aluminum Peak models, and it’s updating its app and firmware.

The new Peak will only be available as a limited release for $299. It doesn’t bring any new technical capabilities to the table, but its new body is more durable and a bit less obvious in those contexts where one doesn’t necessarily want people to notice that they’re wearing something to track steps and heart rate. While the titanium body certainly looks a bit nicer than the regular Peak, the caramel-brown band exclusive to the Titanium edition does most of the work.

The $49 leather bands Basis is introducing today also look fine, though I couldn’t help but giggle at the pretentious-sounding descriptions of the colors, like Noir, Saddle, and Blush. They’ve got the same quick-release pins as the sport bands that came with the Peak out of the box, so swapping them out for trips to the gym will only take a few seconds. 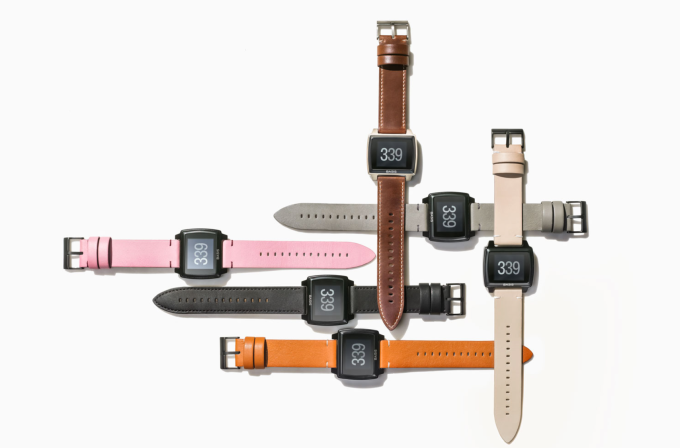 Basis has also updated its apps, letting users send and pull data from Apple Health and Google Fit. There’s also a new Basis Peak Playground area in the app, where users can try out a new Location feature to see where they did each of their workouts, and a Photo Finish feature where you take a selfie at the end of your run to gauge how your performance is affecting things like mood over time.

In a demo last week, Basis GM Jef Holove told TechCrunch that those features are going to remain simple and optional for now, though as they see feedback and engagement from users Basis might start to add things like running image recognition against selfies to get actual data on mood.

(Update: Basis has reached out to clarify that while they will consider user feedback when introducing features, image recognition is not a feature they are considering putting on the roadmap for Photo Finish. Kinda makes the feature seem pointless, but okay.)

A firmware update arriving for the Peak tomorrow will bring a new stopwatch feature and more accurate heart-rate tracking. The stopwatch is designed to be usable while in the middle of a workout — not the easiest task, considering the Peak only provides a touch screen to interact with. The tracking improvements all have to do with the algorithms Basis uses, which Holove says the company is constantly evaluating and fine-tuning.