It’s been just over a year since Vishal Sikka surprised many when he walked away from SAP. Several months later, he shocked a few more when he took the job as CEO at Infosys, the Indian consulting firm. I talked to him this week, and nine months into his new job, he’s making a concerted effort to change the culture and introduce design thinking.

What he means by that is thinking beyond the boundaries of the defined process to look for something new — to think more like a startup. Sikka says his first nine months have been amazing, but very different from his experience working at SAP for 11 years.

The company handles many different tasks, and one thing that bothered him was that people only seemed to work to the specifications of the task. In other words, they only did what they were told to do and nothing more. This lack of creativity and unwillingness to try new things without permission bothered Sikka.

This is particularly relevant because he sees a future in which many of the missions his company has been hired to undertake will become automated and won’t require a room full of people. That means for his company to stay relevant, employees need to learn to think on their feet, be creative and come up with questions and solutions that are outside the abilities of an algorithm.

That’s a core company culture issue, but it’s also the type of challenge he faced once before in 2009 when he was at SAP. Sikka was charged with changing a similarly entrenched company culture and developing a new way of doing business.

He decided to follow the advice of Dr. Joachim Milberg, who was on the SAP supervisory board when Sikka was promoted to the executive board. When Milberg was chairman of BMW he instituted the idea of building a car in 10 days, an idea that was revolutionary at the time. After conversations with Milberg, Sikka decided to institute the 90 day rule for new programs, an idea that was completely radical considering the company was on an 18-month development schedule prior to that. As you can imagine, people thought he was crazy.

“To go to 90 days was a huge shock to the system,” he said. “We did that and [eventually] had products on 7 day cycles and one product on daily builds. That was unthinkable in 2010.”

He said that, as proud as he was of HANA, the in-memory database platform he helped create, he believes these process improvements were his crowning achievements at SAP.

When Sikka arrived at Infosys and began talking to people, there were a couple of things that stuck out for him. First of all, they had an incredible in-house education system and they were able to produce courses quickly to keep the thousands of employees up-to-date with the latest skills.

At the same time, he saw this troubling lack of initiative. He needed to figure out how to give permission and encourage his employees, who had been trained to do what they were told, to become creative thinkers and change things on the fly.

He said even though this sounds like a contradiction — creativity versus following orders — he soon realized it wasn’t. “There is no contradiction. The following of orders, the lack of proactivity is very different from the lack of motivation. It is as if you don’t know it’s OK to think. Nobody told you can bring your creativity to bear,” he said.

There is no contradiction. The following of orders, the lack of proactivity is very different from the lack of motivation. It is as if you don’t know it’s OK to think. Nobody told them you can bring your creativity to bear. Vishal Sikka

This became his cultural imperative for his first year, to change that mindset and set his employees free to bring their brains and creativity to work every day.

Take Me To School

In Sikka’s view, in the not-too-distant future, systems will do much of the problem solving and people will need to engage in “problem finding”. He believes what separates entrepreneurs from everyone else is this ability to find problems nobody else noticed. The taxi system was seemingly working fine until Uber found a more creative way of attacking that problem.

Systems and algorithms can only take you so far. He used a chocolate company as an example. It was finding that the demonizing of sugar was causing people to buy less chocolate. How do you attack a problem like this? Software can show you sales are down or which customers are buying more or less, but it can’t attack or identify a systemic problem. That takes human intervention.

“You need to think about this in a different way and use design thinking to break out of how we have thought in the past. Think beyond what they are able to do and wrap their heads around next generation problems. Turn on the education machine in a massive way to teach design thinking,” he said.

And that’s what he did.

He knew he had a motivated and intelligent workforce. He had to teach them new ways of attacking problems. His very first night as CEO, he says he met with the education team and toured the company’s massive educational facility.

He was amazed to learn that they could crank out new courses in 90 days (which is surprising, given that he reduced development time to 90 days when he was at SAP). He immediately began thinking about creating a course specifically designed to teach design thinking. 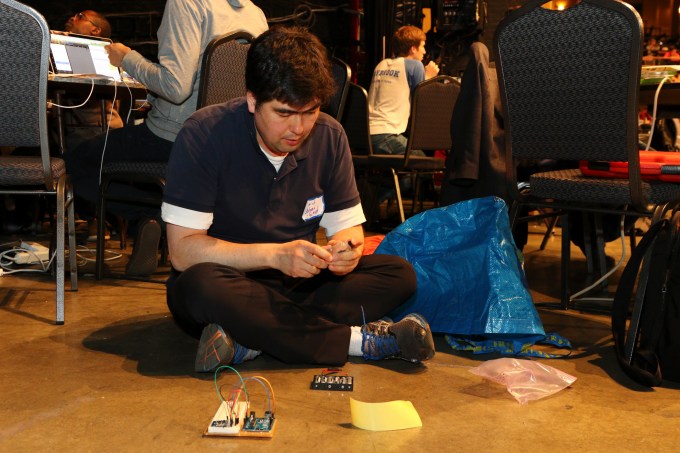 He started by bringing his executive team to Stanford for a week where they participated in classes designed to teach this very ideal. Next came the education team, who then created a course and began putting students through it.

“You cannot watch a video. You have to do something. Construction is better than instruction,” he said.

So far, 30,000 employees have taken the one-day innovation workshop.

One Day At A Time

Sikka isn’t so naive that he believes that a one-day workshop can change a company overnight, but he sees it as a starting point, and he says the classrooms are full of the thousands of project these students have produced during these classes.

“No matter how immersive the course is, you can’t turn a person into a designer in one day, but the switch can get turned on that you can think and you can see there is a better way and bring learning to what you are doing,” he explained.

He says it’s about making a grand transformation, and he understands that won’t happen overnight. It takes a very long time with huge rewards and equivalent risks.

“I believe deeply that life is too short not to go after the big dream,” he said. And in just 9 months he’s started on that journey.