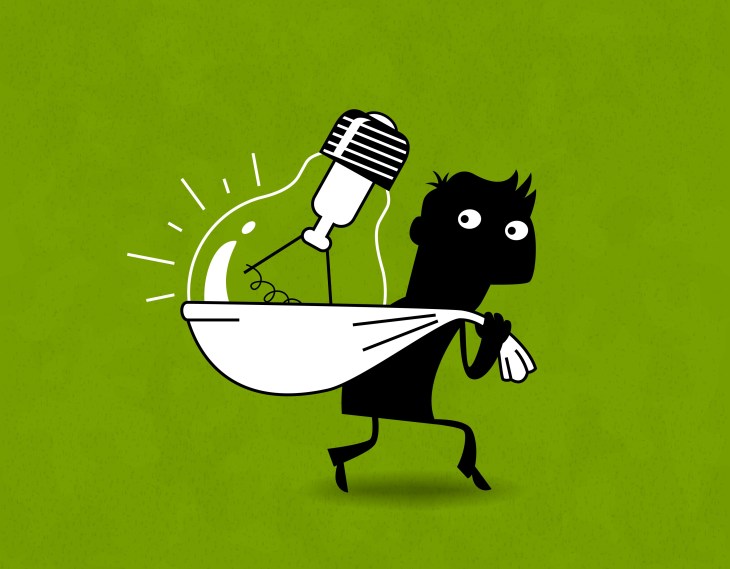 Editor’s note: Ariel Soiffer practices law at WilmerHale where he advises technology companies on a wide range of licensing, contract and corporate matters.

Non-disclosure agreements are some of the most common contracts in the business world, and many other agreements have confidentiality provisions with a similar function. In the technology world, you’ll probably run into an NDA as often as a foosball table, but don’t let their ubiquity fool you.

NDAs and confidentiality provisions have game-changing power; they have the potential to divest your company of its most valuable asset: its intellectual property. Because NDAs can have such an impact on your business, it’s important to know their exact terms and not to simply accept any agreement without close scrutiny.

NDAs are generally used to protect the confidentiality of trade secrets or similar information revealed during a conversation between or among the parties to the NDA, and they are critical for this purpose. Perhaps of most concern for a startup is an NDA that includes language that severely restricts your IP or allows another party to benefit from your IP. This could be especially ruinous for a startup, whose success largely depends on full control and possession of its IP.

NDAs are a necessity in many cases and allow you to grow your business by having broader conversations to find potential business opportunities. So, as you review one in front of you or prepare to be faced with one in the future, here are a few provisions worth keeping on your radar.

One common situation was faced by one of my startup company clients. My client had an idea and a prototype and wanted to work with a big company in the field. Let’s call them Startup and BigCo.

So how can Startup protect itself in this situation? A few possibilities:

A startup should also beware of “residuals” clauses. Typically, these result in the recipient of confidential information being permitted to use general concepts but not specific ideas that are disclosed to the recipient, although there are some variations.

While residuals clauses are more commonly used by larger technology companies, that’s not always the case; I recently had a startup software company request to keep the ability to use non-tangible information that is retained in the memory of their personnel from my bigger company client. This startup worked in a relatively narrow industry and wanted to make sure that they would not be restricted from working with competitors of my client.

Residuals clauses may be useful to either a startup or big company, because it’s often difficult to remember whether you learned particular information from one third party, another one or both of them. On the other hand, there are risks associated with residuals clauses, because if you grant this right to the other side, your confidential information could be used by others, including competitors.

Because there are so many different types of residuals clauses, it’s tricky to set forth general rules, though there are a few ways to consider protecting yourself, especially if you think your company might be disclosing more information than you’re receiving:

Finally, here’s another rare provision that might be included in an NDA and can put your IP at risk. Suppose you’ve developed a way for smartphones to carry out routine operations such as texting and browsing using less computing power, effectively extending the battery life. A computer manufacturer has learned of your innovation, and suggests a meeting to explore the potential for collaboration.

He sends you a non-disclosure agreement to sign before your first conversation. You read the agreement, and notice toward the bottom a section pertaining to IP that states something like “any use of your company’s energy-saving algorithm in the manufacture of a computer is the sole property of our company.”

If you were to sign such an agreement, your ability to implement your technology independently or with another company might be severely, if not completely, compromised, at least with computers. What makes this so insidious is that most companies don’t expect this sort of language to be in an NDA, so they aren’t looking for it.

The only way to stay protected here is to require this language be removed. So be on the lookout for transfer of ownership clauses in NDAs. An NDA should restrict the disclosure of confidential information. It should not transfer ownership of that information.

Typically, provisions changing ownership of IP have been rare, and only warranted in very few well-defined situations. However, that may be changing, so it’s important to be doubly sure you are taking precautions.

Always read any NDA that involves your company. Any language related to IP should raise a red flag. If you’re unsure whether the language is problematic, consider running it by a lawyer.

Make sure you know who is signing NDAs on your company’s behalf. Many companies allow their employees to sign NDAs without the knowledge of a legal expert or the founder or CEO of the company. Don’t let this happen in your startup; have all NDAs go through a formal review process before they are signed.

If you are presented with an NDA that allocates IP, similar to the Startup and BigCo example, simply ask the other party if they will remove the language. When we confronted BigCo, they giggled sheepishly and quickly agreed to remove it; you can always allocate IP in a later agreement, where it might make more sense. In most cases, the other party should be willing to accommodate you. If not, consider your other options.

Above all, don’t risk losing control over your startup’s most valuable asset — its IP.