CBS’s on-demand video streaming service will now offer local, live TV feeds which cover over 60% of the U.S., the company announced this morning. CBS All Access, the network’s over-the-top streaming video service, has long attempted to differentiate itself from competitors like Netflix by making live linear feeds from local CBS stations available to the service’s subscribers. That means that, in many markets, CBS All Access customers would be able to watch locally syndicated series, newscasts, and other content beyond the CBS-provided programming. However, access to these live streams have been limited to select markets and stations.

But the company said that the larger plan was to bring its affiliate stations into the fold in the future. Earlier this month, CBS announced a significant expansion on that front, saying that it had set deals with 12 affiliate stations representing 56 markets. These stations would distribute CBS All Access in their markets starting in April. But the key piece to these deals is that those stations agreed to offer live streams to CBS All Access subscribers.

Today, CBS is says it has now added another 13 additional affiliates on top of the 12 added in April and the initial 14 CBS-owned stations. Combined, that brings the live, linear TV feeds to 64% of U.S. households, covering 94 markets in total. 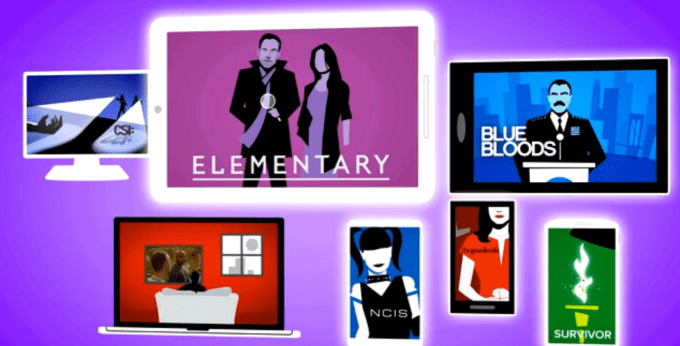 CBS doesn’t disclose the number of subscribers it has for CBS All Access, which is $5.99 per month and offers access to nearly 7,000 episodes of CBS programming which can be streamed online at CBS.com, via mobile apps for iOS and Android, via its Roku channel, and now, Chromecast, too. The subscription service provides on-demand access to current seasons and past seasons of popular CBS shows, like The Good Wife and Blue Bloods, as well as older programs like CSI:Miami and MacGyver. New episodes of currently airing shows arrive on the service next-day.

But the advantage of the live TV feeds is that it means viewers don’t necessarily have to wait until the following day to watch their favorite shows or other special events – they can tune in and watch live TV, almost as if they had a cable TV subscription. However, the downside to this over-the-top play is that CBS doesn’t have the rights to stream some sporting events, like the NFL Playoff games, or other big specials, like the Grammy’s, for example.

The network has notably withheld from sharing much of its content with streaming services like Hulu, as it doesn’t have an equity stake in the service, which is jointly owned by NBCUniversal, Fox, and Disney-ABC. That means today, Hulu only offers back catalog CBS classics like I Love Lucy, Star Trek and Twin Peaks, for example. That has limited access to CBS programming in the on-demand world. And CBS just previewed at its upfront presentation yesterday a new drama Supergirl that could be a potential hit and a draw for its streaming service.

With CBS All Access, the idea is to share the revenue from the subscription fee with the affiliate stations in exchange for their live feeds – something that sets it apart from the other on-demand services available today. It’s basically a hybrid of a true on-demand service like Netflix combined with a live TV streaming service like Dish’s Sling TV.

CBS says it’s still in the process of bringing on affiliates, which indicates that its plan is to eventually offer live TV feeds for most of the U.S.