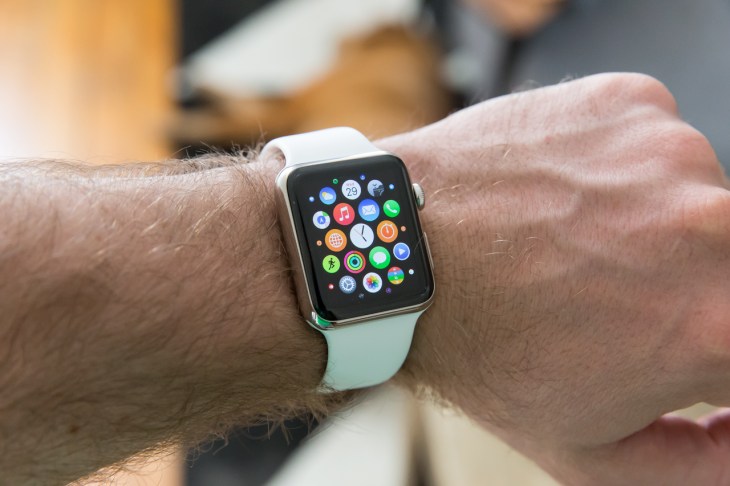 There are already over 3,500 Apple Watch apps available on the market, but it’s unclear which ones will stick around for the long haul and which will be discarded as the novelty wears off. Today, mobile app marketing firm Fiksu is introducing a new product that will allow Apple Watch app developers to track adoption of Watch apps among early adopters, with the hopes of informing them whether their new app is a hit or a miss.

The service lets these developers track a number of events related to their app, including launches, registrations, purchases and more.

In addition, the firm says, because of the way Watch apps are dependent on being paired with a parent iPhone application, developers are able to utilize Fiksu’s existing iOS SDK to now track apps on the iPhone and Apple Watch.

Doing so requires a few extra steps on an app developer’s part, including adding a line of code to the iPhone app and then tagging the Apple Watch events they want to track. The company claims this process takes around 10 minutes in total.

App developers and marketers can then use the company’s online analytics portal to break up their app’s user base into segments, creating a group that separates out the Apple Watch audience from others for retargeting purposes.

The additional capabilities make Fiksu one of the first large analytics providers to provide a specific solution for tracking Apple Watch app adoption and engagement. However, Yahoo has also announced this month that its Flurry analytics service will support Apple Watch apps. And App Annie also recently updated its Store Stats to track Apple Watch.

Fiksu allowed a longtime client, Shotzoom, to be the first test the service in advance of its public release. The app maker used the service with their app Golfshot: Golf GPS iPhone app in order to identify how many of their users were adopting the Apple Watch, how many activated the watch, and discover whether those users would be more likely than others to upgrade to their paid application.

The theory, it seems, is that those who are buying Apple Watch may have more disposable income, and therefore would be a better group to target when it comes to encouraging pro subscriptions.

Fiksu says that now several other clients are also now getting set up with the Apple Watch analytics product, as the service goes live for all customers.

The additional capabilities aren’t being sold separately, however, but are instead being bundled in with any Fiksu engagement. The marketing firm has a flexible pricing model, but most commonly charges a fixed percentage of the media spend it manages for clients, though it also sometimes does straight CPI (cost per install), CPC (cost per click), and CPE (cost per engagement) deals with select clients.

The move comes at a time when Apple itself has just shaken up the app analytics industry by offering a free service of its own to all registered iOS developers, which launched into beta just this past week. However, Fiksu points out that Apple has yet to say how its App Analytics beta will work with Apple Watch.

That being said, while the focus for now with Apple’s new product is on metrics that only Apple can get – like App Store stats, for example – it will also track in-app events. That means that even if the App Analytics beta isn’t able to track Apple Watch events out of the gate, it will likely do so in the future.

There are already over 3,500 Apple Watch apps available on the market, but it’s unclear which ones will stick around for the long haul, and which will be discarded as the novelty wears off. T...