In further proof of the rise of streaming video services and the cord-cutting trend in general, TV measurement firm Nielsen today said it would begin to track viewing data and audience demographics across Roku’s 10 million+ devices, including its media players and Roku TVs. The move is being heralded as an industry-first by the two firms, as it will allow advertisers to measure Roku’s over-the-top audience according to Nielsen demographics, as well as track their video ad campaigns’ reach.

Roku says that, today, around half of its 250 most-watched channels are delivering ad-supported content. But advertisers have until now been lacking in the ability to effectively measure this audience the way they could previously with traditional network television. These viewers, however, streamed over 3 billion hours of video in 2014.

Nielsen isn’t yet disclosing which publishers are participating in these new measurements, but we understand that third-party apps that run on Roku and show ads will be included.

The new strategic partnership will offer demographic data on viewers, which means that advertisers have the equivalent of audience guarantees as they would otherwise have on network TV. To make this possible, Nielsen will begin collecting usage data from Roku devices (stripping out any personally identifiable information along the way), then use its National People Meter television panel to assign audiences, explains Variety, detailing how the new system will work.

Nielsen and Roku will initially offer OTT (over-the-top) measurement through Nielsen Digital Ad Ratings, which will allow advertisers to “measure, guarantee, and report campaign audience delivery” through the Roku platform, the companies said.

The deal means that an advertiser will not only know how many impressions their ad campaign saw, but how many in a particular demographic segment – like the 18-34 demo – viewed it. 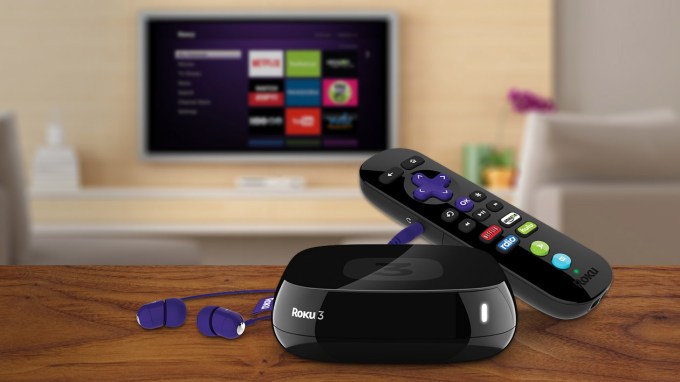 For Roku, the partnership is one that elevates its platform’s importance in the streaming industry as being as worthy of measurement as top streaming providers like Netflix or Amazon (Amazon Prime Instant Video), for example. Last year, it was reported that Nielsen would begin measuring viewership numbers for both Netflix and Amazon’s streaming services, and Nielsen CEO Mitch Barns confirmed earlier that this data would start being collected for the first time by mid-2015.

Nielsen and Amazon have historically been unwilling to share their viewership numbers for specific shows, which has made it difficult for networks to determine the value of their older content, or whether or not streaming was eating into traditional TV viewing, noted Bloomberg in March. But the streaming providers have argued that because they don’t show ads, they don’t have to share this data.

In the case of Amazon and Netflix, however, Nielsen is tracking TV viewing only, and is providing data just to content owners themselves. The Roku deal, on the other hand, is making the audience and campaign data available to advertisers, too.

Roku says it will offer the Nielsen tracking as part of its current offerings for publishers and advertisers known as Roku Audience Solutions.

“We believe all TV will be streamed, and with it all TV advertising,” said Scott Rosenberg, vice president of advertising at Roku, in a statement. “We’re excited to join forces with Nielsen to significantly advance the measurement and value of OTT advertising. With Nielsen, we’re integrating these capabilities directly into the Roku OS, enabling Roku’s channel publishers and advertisers to measure and transact on the industry’s leading metrics.”