“Removed instagram friend-finding cause they blocked us! #nochill” This note in hip GIF app Phhhoto‘s latest release notes was how it announced its users can no longer easily follow their Instagram friends. Instagram confirmed to me that it has blocked Phhhoto’s Find Friends access, but it has a policy of not discussing platform enforcement issues regarding specific developers.

It’s likely that Instagram believed Phhhoto was violating its policy that developers not “Use the Instagram APIs for any application that replicates or attempts to replace the essential user experience of Instagram.com or the Instagram apps.” That’s understandable considering Phhhoto’s vertical feed based photo social network bears many similarities to Instagram.

This enforcement is essentially the same thing that Twitter did to Meerkat, cutting off its Find Friends access because it replicates Periscope functionality (though when Meerkat was built atop Twitter, it didn’t know Twitter owned Periscope). Instagram similarly cut off Kevin Rose’s now-deceased photo app Tiiny back in October.

Phhhoto’s app lets you record for about two seconds to create a silent, looping, animated GIF. You can then share this GIF to social networks like Facebook, Twitter, and Tumblr. It’ll also appear in the Phhhoto feed to your followers, and if it gets enough likes it could end up on its ‘Wow’ tab.

Phhhoto still lets users save their Phhhoto GIFs as videos and instantly push them over to Instagram to be published. But without the option for Phhhoto users to recreate their social graph from the world’s top photo app, it might have a harder time lacing people together and keeping them engaged. 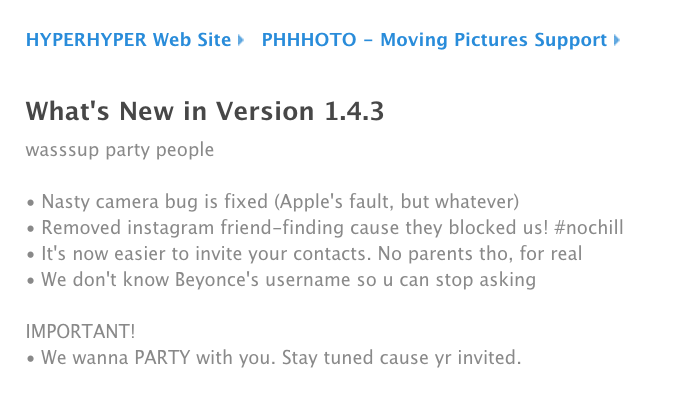 Phhhoto’s founders aren’t too worried though, as Champ Bennet told me “it wasn’t too surprising, and we’re not really sweating it. They’ve done it before to Tiiny, so we kinda saw it coming. When we were building the feature we even saw it as a possibility.”

It seems that Phhhoto’s founders understand why Instagram might think it replicates their functionality. It is in fact another photo feed app, though Instagram uses real videos that loop with sound, rather than GIFs. Bennet says “We thought it would be fun to drop it in the release notes but there’s no hard feelings.” 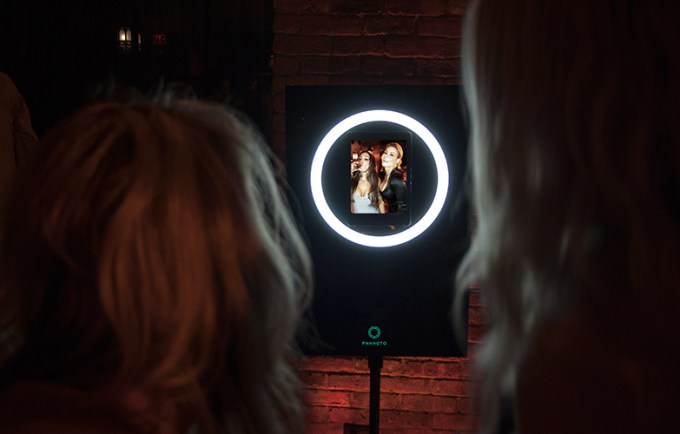 Luckily Phhhoto already has over 1 million registered users, has seen 10 million posts, and has risen in the iOS app charts to break the top 500 overall this month. Its physical photo booths that can upload to the app have also become a hit at parties in Silicon Valley.

Still, Phhhoto is massively dwarfed by Instagram’s 300 million-plus active users. If anything, the move makes Instagram look a little insecure and threatened by a competitor less than 1/300th its size. And it begs the question: Is Instagram looking to get into GIFs?