Meet Quickie, a nifty little iOS app to make 1-on-1 video calls that automatically end after a few seconds. You might use Quickie to tell a joke to a friend or say good morning to your partner for example. Sending a text message won’t be as personal as a phone or video call, but calls are a strong commitment in our busy lives.

“The idea came from frustration with phone calls that seem to drag on endlessly and the rare use of FaceTime. Now you can quickie your friends at anytime,” Ben Cera told me.

Before working on Quickie, Cera and his team were working on Facefeed and Context. But the company failed to attract enough users and growth was plummeting. The team had no choice but to come up with a new app to reverse the trend.

With 7 months of runway left, the team developed 6 apps in many different areas, such as live streaming, social gaming and collaborative video. The final result is Quickie, a dead simple communication app. 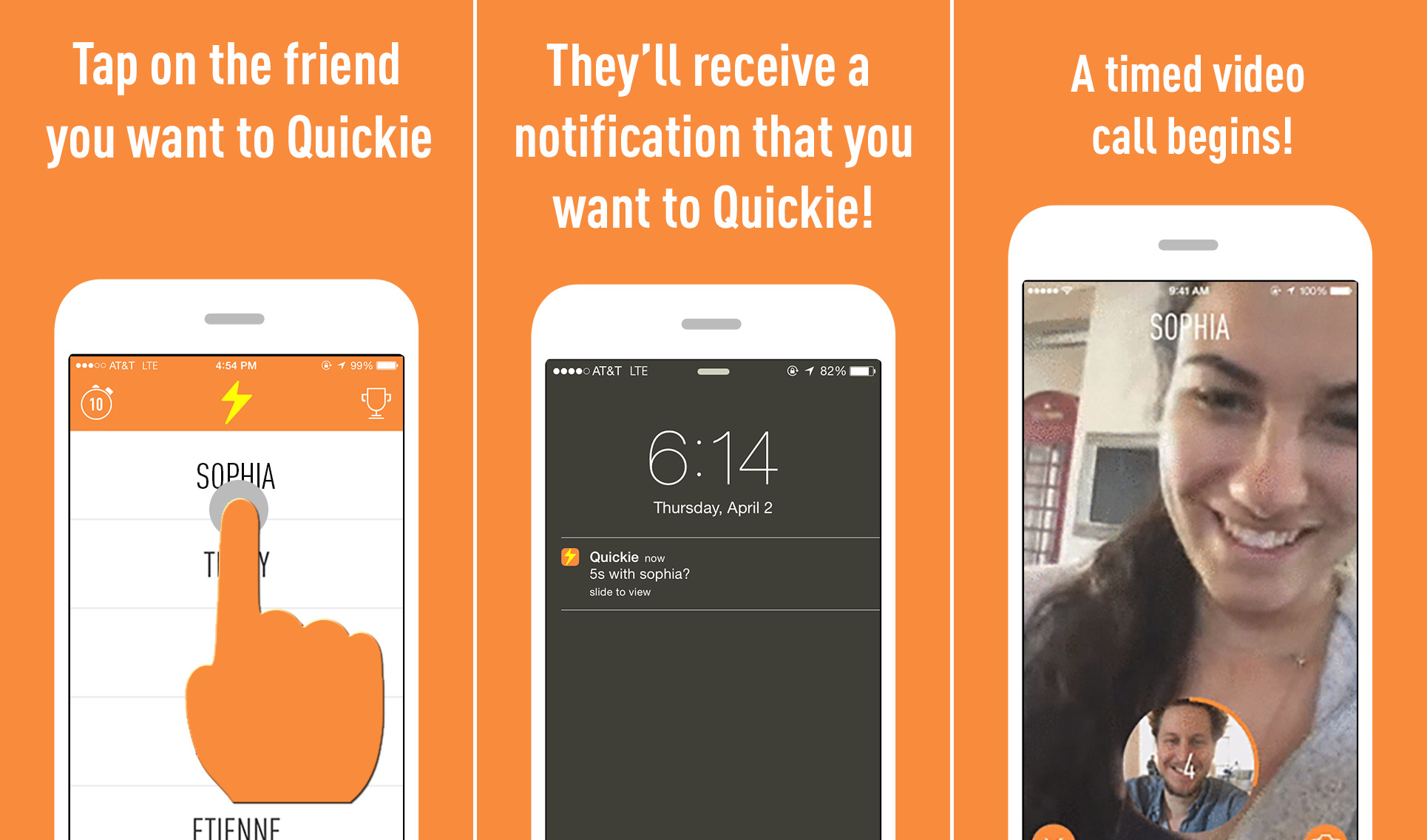 This strategy is very reminiscent of Pikichat’s original challenge. The Pikichat team spent a week prototyping and developing a new app. They had no idea what they wanted to do before working on it, and were ready to submit to the App Store a week later. Today’s tools make it so easy to sketch an idea and turn it into a working app, and the Quickie team took advantage of that as well.

I see Quickie as a sort of hybrid between Yo and Snapchat. When you open the app, you are presented with a list of all your friends. You can select the length of the call in the corner, and then tap on a friend’s name. Your friend then receives a notification and decides whether to act on it. If they are busy, the notification will just be a ping, like receiving a Yo. You know that your friend was thinking about you, but you have no idea why.

But if you accept the Quickie, you then get a full-screen video call. Yet, it’s not your traditional call. You can see the countdown timer at the bottom, and it makes it impossible to start a meaningful conversation — at most, Quickie calls can last 60 seconds. You just spend a few seconds talking to your friend, laughing. And then the call ends, your friend is gone.

This is a very personal experience, even more than receiving a video on Snapchat because you know that your friend is just talking to you. You can interact as well, and your friend is seeing your reaction in real time. Of course there is also a video call feature in Snapchat, but I’m not sure too many people actually use it. Video calls are nothing new, but Quickie is a refreshing take on this space.