Google today announced a new developer program called “Designed For Families” which will allow app publishers to opt into an additional review in order have their apps labeled as being “family-friendly.” The new designation will eventually make its way to Google Play, though the company is not yet revealing the specifics around how this group of apps will be made discoverable once there.

Google explains that its app marketplace features a number of developers, like PBS Kids, Tynker and Crayola, whose apps offer high quality, age appropriate content, and offer user interfaces and features that both educate and entertain young kids.

But today these “better” applications are mixed in with others that aren’t necessarily of the same caliber. That can make it difficult for parents to discover the kind of apps they want their children to play with and use.

To qualify, apps will be required to met a “stringent legal and policy bar,” Google tells us, and will need to undergo a specialized operations review.

The announcement follows the recent news that Google had quietly implemented an app review program for Google Play developers, which had gone relatively unnoticed for months. That’s largely because Google’s combination of algorithmic-based screening and human reviews have been able to keep the approval time down to hours, instead of days.

With this additional “Designed For Families” program, there could be a longer process involved than with a standard review. Developers will be able to opt in their app or game through the Google Play Developer Console. From there, Google will review the submission to make sure it meets these new guidelines as well as the usual Google Play Developer Content Policy and Developer Distribution Agreement. 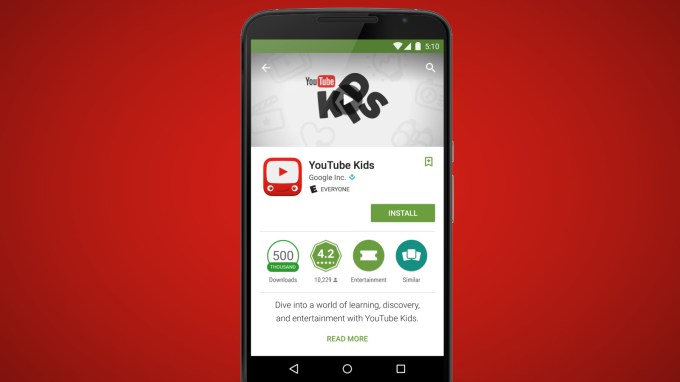 Google’s eligibility criteria and its policy guidelines were developed in-house, but are based on industry best practices related to ad targeting and data collection, and were designed in close collaboration with Google’s partners. For example, apps must comply with COPPA (the Children’s Online Privacy Protection rule) and all other applicable children’s privacy regulations.

They’ll also need to be rated ESRB “Everyone” or “Everyone 10+” or a region’s equivalent, by way of Google’s recently implemented content ratings system.

The new program for separating quality kids apps from the larger pool seems similar to competitor Apple’s older “Kids” section in its App Store, which also features selected, vetted apps that meet various privacy and ad-related guidelines. Also like Apple’s store, behavioral advertising – including ads based on in-app activity – won’t be allowed in Google’s program. Instead, apps are limited to showing no more than one ad placement per page, and these ads must be distinguishable from app content. No interest-based advertising or remarketing is allowed. 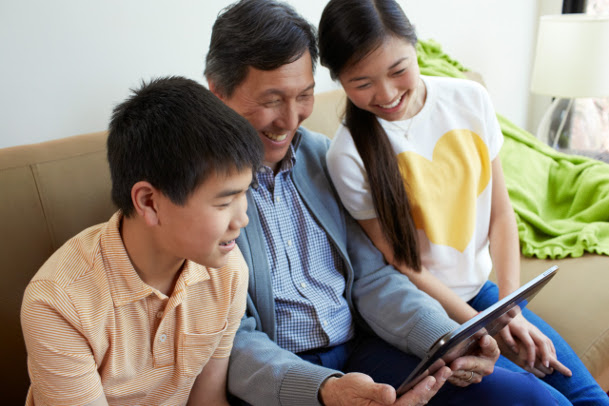 After the program’s rollout is complete and Google has an initial selection of “family-friendly” apps to recommend, it will promote this content to users on Google Play. The company isn’t saying how or when this will occur (beyond noting it will be “a few more weeks”), but it seems likely that there will be some sort of new category or section where only the family-friendly apps can be browsed through and downloaded. It would make sense, too, if Google one day chose to make it so that Android’s parental controls could be configured so that only these approved apps could be downloaded by kids.

And if an app begins to break these rules following its approval, it may be removed from Google Play entirely – a punishment that could keep shadier companies from trying to sneak their way in to the program, bait-and-switch style.

As Google’s mobile app ecosystem matures, the company has been rolling out a number of changes to its marketplace, many of which seem to follow in Apple’s footsteps. To date, these have ranged from the new app review process to the content ratings and now this family-friendly kids app selection. But with Google, the company’s advantage – or disadvantage, depending on your perspective – is that it can automate more parts of the traditional app review process instead of relying as heavily on human editors and reviewers to curate its apps.

Those abilities could also come into play here, as Google is working to refine its efforts in order to scale the new program.