Editor’s note: Jeremy Levine is a partner at  Bessemer Ventures Partners and serves on the boards of MindBody, Pinterest, Raise, Shopify, Wikia and Yelp. Rafi Syed co-authored this article as an associate at Bessemer Venture Partners, working closely with Jeremy Levine. He is now COO at Maven, a NY-based startup.

To understand where Craigslist has been and where it is headed, we looked at a simple Google Trends analysis that shows the site’s dramatic growth for 10 years until early 2013 and a clear flattening since. 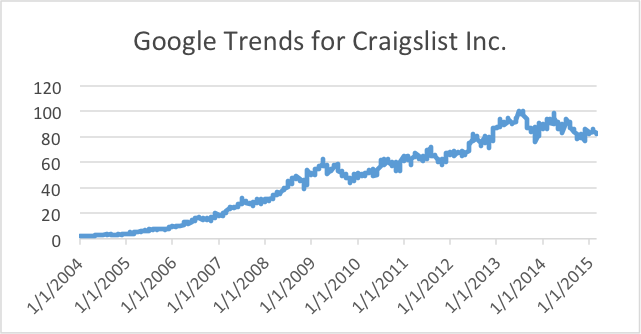 The chart below from ComScore represents a cross-channel (mobile and desktop) calculation of “Internet minutes spent” on Craigslist compared to the Internet as a whole and a sample of vertical marketplaces.

We believe that Craigslist, while still a large and liquid marketplace, has neither innovated nor adapted to serve any specific categories or verticals, which in large part explains its decline. We’ve been talking lately about how vertical marketplaces like Airbnb and Uber are disrupting horizontal oneslike Craigslist and eBay, and how new end-to-end and transactional marketplace models have emerged to provide a dramatically improved consumer experience by offering a service on top of a marketplace.

To encapsulate the magnitude of this shift, we assembled the Bessemer “Marketscape” – an incomplete illustration of the vast array of (U.S.-oriented) Internet marketplaces. We say “incomplete” because there are new marketplace companies emerging every day, and we’d like to add to the illustration over time (apologies if your company’s logo is missing – feel free to let us know). 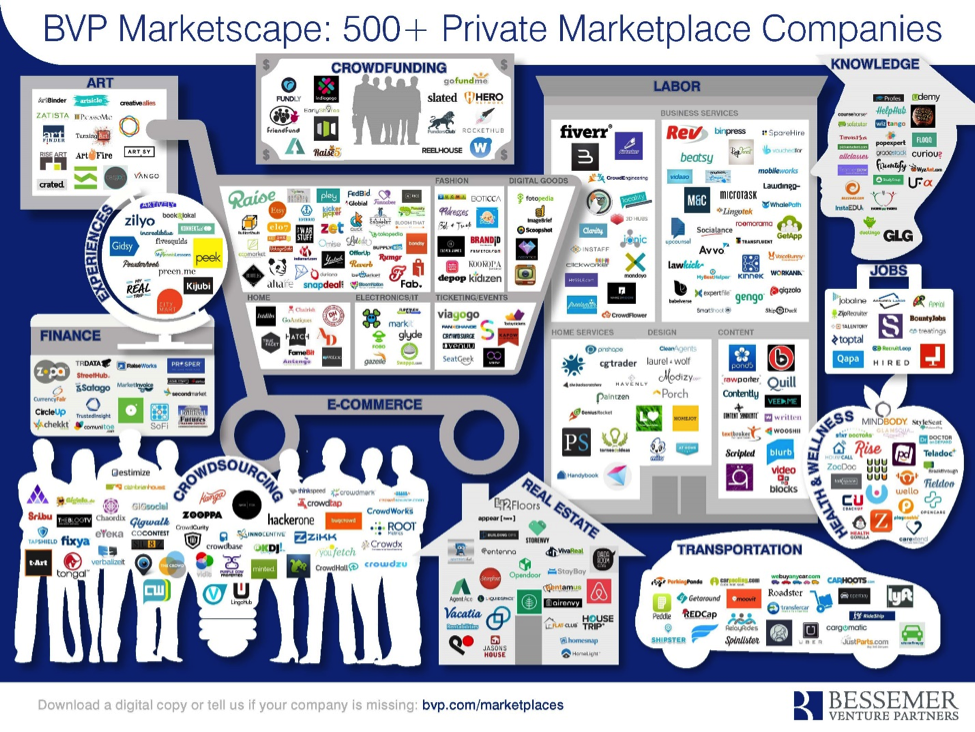 Craigslist is a fascinating animal. Despite its decline from the 27th-largest Internet site in November 2013 to the 41st today, it remains a pillar of Internet commerce. It also represents an important source of liquidity from which new vertical marketplaces can “siphon” both supply and demand, as Airbnb did in its early days.

We expect more and new, innovative Internet marketplaces will emerge in the next few years, and that, collectively, they will continue to erode Craigslist’s horizontal dominance.