One of his main points was that the Series Seed round is becoming so easy to raise that founders aren’t being tested and thus often surprised when it becomes difficult to raise their Series A.

This “Series Seed Surge”, as he dubs it, really isn’t shocking when you consider that $1.4 billion was raised by 50 funds with less than $50 million in 2013 and 2014 (US and Canada only)[1]. Equally unsurprising is that seed valuations continue to grow as the number and size of seed funds increases. 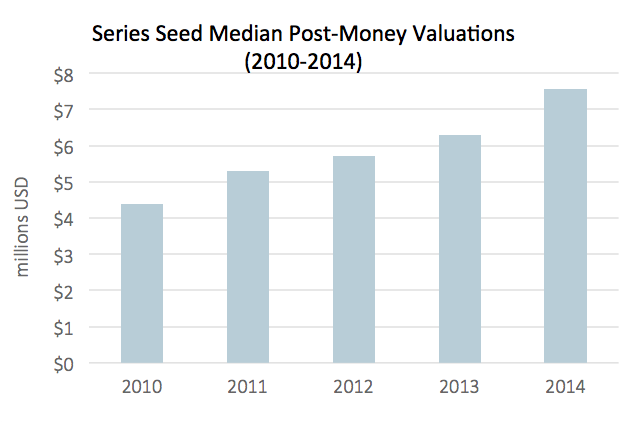 While Josh’s post is on point, it doesn’t touch on the pre-seed market, which is becoming more important in the current funding landscape. A pre-seed round is the initial capital injection (usually under $1 million)  that allows a founder to finally quit his or her job, hire the first developer or relocate a co-founder, or add a contract designer to get the first product out the door.

Money at this genesis stage was easier to find just a couple of years ago, especially in New York. However, as newer funds raised larger second funds, the general partners have shifted their focus to larger checks in slightly later seed companies. This has led to a dearth of truly early-stage professional investors willing to write those first checks needed to get an entrepreneur moving forward (again, especially true for NYC).

This migration of seed capital to later, larger deals has created a bifurcation in the market with Seed rounds under $1million (i.e. pre-seed) valuations relatively stable while seed rounds of more than $1 million are undergoing significant inflation. 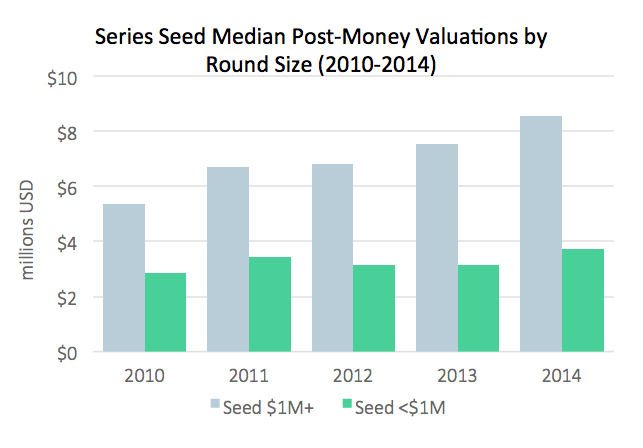 We believe this market inefficiency creates an incredible arbitrage opportunity for pre-seed firms.

Another highly beneficial aspect of the pre-seed market is an entrepreneur with a promising team and product has a better chance than ever of raising a larger seed round (versus dying or getting aqui-hired).

This is due not only to the fact that there are more seed funds, but also because the network of accelerator programs has grown drastically in the past few years. In Y Combinator and Techstars alone, the combined total number of slots in 2015 will be approximately 400 – versus 150 in 2010.

This dynamic of increased probability of success coupled with higher payouts would be akin to a blackjack hand paying out a higher amount while at the same time the deck is getting stacked to produce more 21’s.  Not a bad time to sit down and play a few hands.

For the first time in a while, venture investing is experiencing the same disruption that it has unleashed on countless other industries.

This is leading to the rise of a new generation of fund managers who have adapted quickly and identified gaps in the changing landscape.