You could start the next Harlem Shake-style crowdsourced video phenomenon with Facebook’s new app Riff, out today worldwide in 15 languages on iOS and Android.

Shoot a video of up to 20 seconds in Riff, and give it a title that instructs others what they should add to it like “Make A Funny Face” or “Birthday Wishes For Johnny” or “Adventures Of Mr. Banana.” Friends will see the video on Riff and get a notification inviting them to contribute, with each clip tacked on at the end. The contributors’ friends are then invited to add scenes, too.

Facebook’s Riff Product Manager Josh Miller says “The potential pool of creative collaborators can grow exponentially from there, so a short video can become an inventive project between circles of friends you can share to Facebook or anywhere on the Internet.”

Here’s a look at what it’s like to use Riff:

Riff is the latest Facebook Creative Labs project following other experiments in app design like Paper, Slingshot, Mentions, Rooms and Groups. Like those, even if it doesn’t gain mass traction, it could teach Facebook what people want, in this case around video. If it does vie for growth, it could boost video creation on Facebook, but will have to compete with fellow collaborative video apps like JumpCam, Vyclone, MixBit, and Snapchat’s Our Stories feature.

Here you can see an example Riff video of the cast of Broadway’s An American In Paris talking to fans from backstage.

Riff all started with people dumping ice water on their heads. Miller, acquired with his startup Branch to build Rooms, says that Riff was inspired by the ALS Ice Bucket challenge, which saw tons of Facebookers posting videos of themselves taking the same cold plunge for charity. Miller says it felt collaborative because you had to be tagged and tag others you wanted to challenge to donate to ALS research and/or get drenched.

My final thesis for my 2009 Stanford cybersociology Master’s degree was actually about these exact kind of memes, like the Harlem Shake and Ice Bucket. If you start a meme with a template that makes it obvious how to remix it by substituting your own content for one of the variables, people flock to creating and sharing their own versions. Subbing in your friends dancing like crazy or you getting frozen drives attention back to the original meme and keeps it alive longer.

The Ice Bucket Challenge helped Facebook grow video views 50 percent from May to July 2014 to hit 1 billion per day. If Facebook could build a tool to catalyze and host these viral video explosions, it could soak up huge amounts of video engagement, allowing it to slide in lucrative video ads. So a few employees at Facebook’s London office including Miller starting working on Riff in their after-hours over beers. 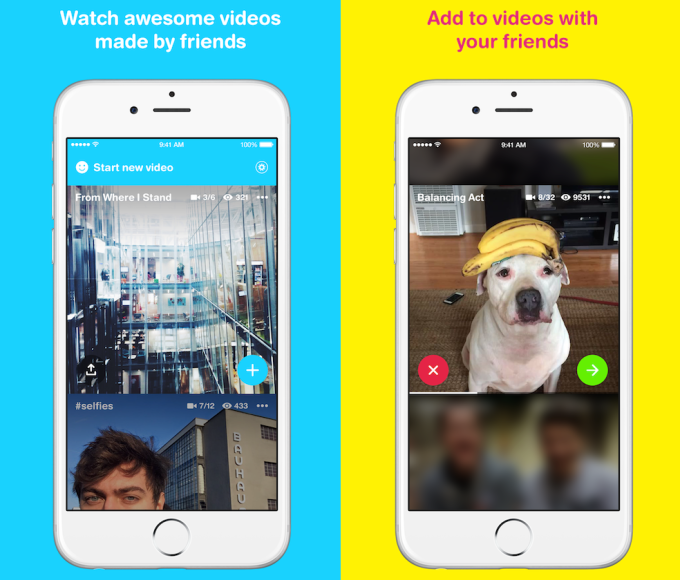 Keep The Riff, Ditch The Raff

And a few rules for Riffing:

The question now is whether Riff will see any traction. Facebook’s previous Creative Labs projects have largely flopped as consumer products. Riff certainly isn’t new. It’s basically a simpler clone of JumpCam, does what Everlapse did for photos, and offers a user-curated version of Snapchat’s editor-picked Our Stories.

“The core mechanic… it has an uncanny similarity to JumpCam,” says JumpCam CEO David Stewart. However, he warns of the challenges in user-generated video that drove him to pivot to a new app Fade. “We couldn’t figure out how to facilitate enough people to create videos together that are interesting for others to watch. It’s hard to have multiple people contribute to something together where the quality of the content all clears the bar.”

Perhaps that’s why one of the dedicated products for collaborative video have gotten huge, so we’ll see if Facebook can break the trend of both those apps and its Creative Labs projects like Slingshot. 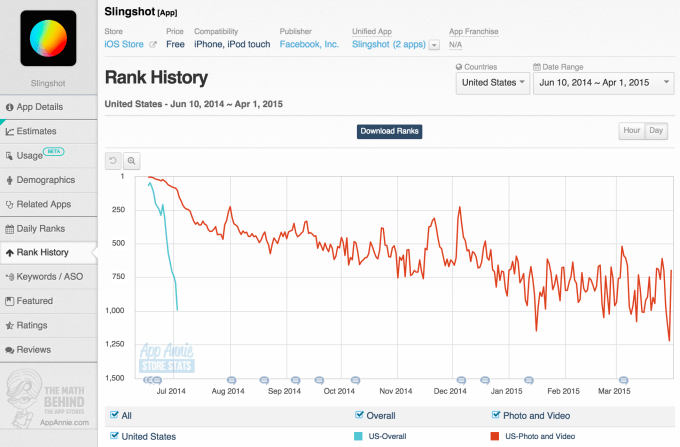 But Miller says massive growth is not the only way Riff can succeed. Miller manages expectations, saying “We hope there may be some learnings about video— how people want to share, what kinds of video experiences make it easy to share, how people choose to use video to engage with others,  if they want more tools, etc.”

It’s already worked. Facebook has consistently tested out features in its standalone apps, then brought them back to its main ones. It developed filters with Facebook Camera, stickers with Messenger, animated mobile design with Paper, and drawing with Slingshot.

That’s “Why Standalone Apps Are Supposed To Fail,” as I wrote last year. Giants like Facebook have the resources to assign small squads to throw spaghetti at the wall. The parent company gets fed even if only the juiciest meatball features stick. There’s very little to lose.

Miller concludes, “Mostly, this was an experimental side project for the team that turned out to be really fun.”