Founder and former Motionloft CEO Jon Mills has been found guilty on two counts of wire fraud, and ordered to serve 24 months in jail. In addition, he was ordered to pay $6,000 in fines and to pay restitution to his victims in the amount of $572,039.

We first broke the story that Mills had been arrested by the FBI last year on allegations that he defrauded several friends and other investors and lied to them about a pending acquisition of the company. Mills took the money and went on a spree of expensive trips, booked private jets, rented a penthouse suite in Vegas and partied with celebrities, all while falsely telling all the people who gave him money for Motionloft that it was about to be acquired by Cisco Systems. 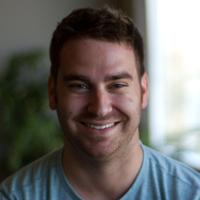 But the jig was up when these investors started to question the acquisition story and board member and investor Mark Cuban then confirmed that there was no such acquisition. Mills was ousted as CEO shortly after that and charged in a six-count indictment, including wire fraud and money laundering. Mills plead guilty to the wire fraud at the time.

The former CEO had been out on supervision and, according to a source, was living in a halfway house since his arrest last year but it seems he was still up to his old tricks. Mills was remanded in mid-March after failing to pay rent on an $8,500 a month apartment he had short-term leased under his girlfriend’s name this February. He has been in federal custody since.