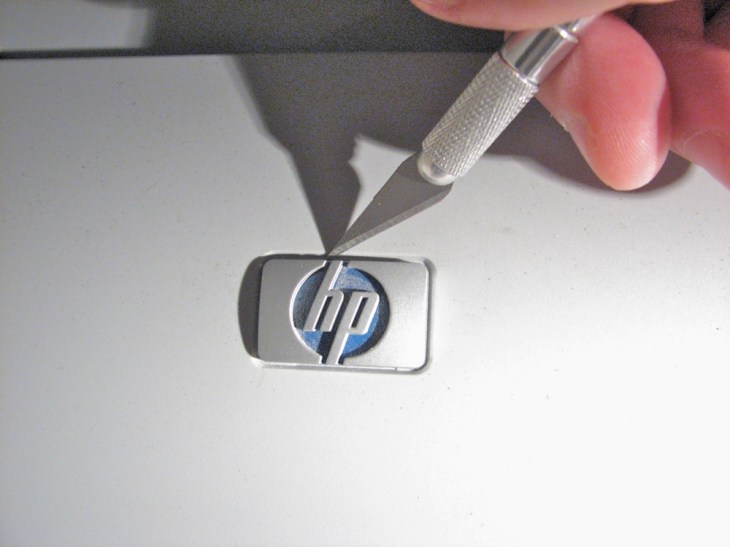 It may be April Fool’s Day, but I’m sure former Autonomy CEO Mike Lynch and HP execs aren’t laughing. HP filed suit in London this week against Lynch and former Autonomy CFO Sushovan Hussain over alleged accounting improprieties to the tune of $5.1B. Lynch and company’s response? Counter-sue, as a war that’s been going on for almost four years, continues unabated.

Lynch has denied the allegations of wrong-doing vehemently from the start, suggesting that what HP saw as improprieties were simply differences in U.S. and British accounting practices. He has kept a blog called AutonomyAccounts.org for a couple of years expressly for the purpose of answering HP’s charges and his latest entry from yesterday indicated former Autonomy execs are counter-suing HP for £100 million ($148,267,500 USD).

The claim according to the blog post is for “damage caused by false and negligent statements made against them by HP on 20 November 2012 and in HP’s subsequent smear campaign.”

As for HP, it filed suit in London’s Chancery Division High Court this week, and sent me this statement by email yesterday (unsolicited I might add):

“Here’s the quote you can use on the record regarding yesterday’s filing in London’s Chancery Division High Court. Please let me know if you need anything else or have questions.

“HP can confirm that, on March 30, a Claim Form was filed against Michael Lynch and Sushovan Hussain alleging they engaged in fraudulent activities while executives at Autonomy. The lawsuit seeks damages from them of approximately $5.1 billion. HP will not comment further until the proceedings have been served on the defendants.” – HP Spokesperson”

Shortly after HP finalized an agreement to buy Autonomy for over $10B back in 2011, the deal began to go sideways. A year later, HP alleged that it had been bamboozled by Autonomy and that it had played fast and loose with its accounting practices.

From the beginning I’ve been left to wonder why HP never picked up these alleged accounting issues during the due diligence phase prior to the sale. It wasn’t until the papers had passed, and Lynch had been paid, that the questions really began to surface.

Alan Pelz-Sharpe, an analyst with 451 Research, who has been following this deal from the start says HP likely did a poor job of reviewing the particulars of this deal.

“From what has already been discussed for a deal of this size quite limited information relating to Autonomy deals and accounting procedures was released to those involved in the work – they did not have full access nor is it clear that they requested it or had a mandate to gain it,” Pelz-Sharpe said in an email.

By the time HP figured things out (or claimed to), it made allegations about Autonomy’s bookkeeping practices and took an $8.8B write down. It has been gunning for Lynch and company ever since. First it tried legal channels. British authorities dropped the case, and the US Justice Department has never taken action.

Pelz-Sharpe says that doesn’t mean it won’t at some point. “Criminal charges could well still be coming – the Serious Fraud Office may have closed their investigation but what evidence they did collect was passed to the US authorities and from what I understand that investigation is alive and ongoing,” he said.

Perhaps HP felt that a civil suit, with a lower barrier for proof, might be the best route to recoup some of its money for shareholders (who were none too pleased with HP about this). Some folks thought HP overspent even before the allegations started — and the longer this goes on with suits and counter-suits, the more expensive it becomes.

Pelz-Sharpe says the counter-suit by Autonomy is par for the course. “Yes – to be expected – essentially counter claiming it’s all HP’s fault. The hope here is that Silicon Valley as a whole may learn a few lessons from this debacle,” Pelz-Sharpe said.

After four years it’s still not clear what happened and the war rages between the two parties with no signs of a peace accord any time soon — and that’s no joke.

It may be April Fool’s Day, but I’m sure former Autonomy CEO Mike Lynch and HP execs aren’t laughing. HP filed suit in London this week against Lynch and former Autonomy CFO Susho...
Aero, a startup backed by Garrett Camp’s startup studio Expa, has raised $20 million in Series A funding — right as CEO Uma Subramanian said demand for air travel is returning “with a v...
People are not only shopping digitally more than ever. They’re also shopping using their mobile phones more than ever. And for mobile-first companies like Snapcommerce, this is good news. Snapcomme...
Remote working — hiring people further afield and letting people work outside of a central physical office — is looking like it will be here to stay, and today one of the startups build...
Fresh off the termination of its planned merger with Visa, Plaid announced Thursday a new income verification product, which it said is aimed at “improving the lending lifecycle” with payroll data....
This morning Square, a fintech company that serves both individuals and companies, announced that it has purchased a majority stake in Tidal, a music streaming service. The deal, worth some $297 mi...
SpaceX has launched another batch of its Starlink satellites – the usual complement of 60 of the low Earth orbit spacecraft, which will join the more than 1,000 already making up the existing const...
This morning Hopin, a virtual events platform and video-focused software service, announced that it has closed a $400 million Series C. The new capital values Hopin at $5.65 billion. Both numbers m...
There has been a rapid proliferation of roll-up companies armed with wallets full of money to consolidate promising smaller merchants that sell on Amazon and other marketplaces, the idea being to c...
Wipro said on Thursday it has reached an agreement to buy 22-year-old British tech consultancy firm Capco for $1.45 billion as the major Indian software exporter looks to win customers in Europe an...
Apple is facing another antitrust investigation in Europe into how it operates the iOS App Store. The UK’s Competition and Markets Authority (CMA) announced today that it’s opened an in...
China’s relaxation of its one-child restriction has not delivered the population targets set by its policy planners. In 2019, the birth rate in China slumped to a seven-decade low, which expe...
Food delivery start-up Deliveroo has today confirmed its £8bn ($11bn) stock market floatation in London, something which was on the cards previously. The eight-year-old company will use the “dual-c...
Bolt, an Uber competitor that is building an international on-demand network of services to transport people, food and other items in cars, scooters and bikes across Europe and Africa, has picked u...
Countingup, the U.K. fintech offering a business current account with built-in accounting features, has closed £9.1 million in Series A investment. Leading the round is Framework Venture Partners, ...
WhatsApp is rolling out support for voice and video calling to its desktop app, the Facebook-owned messaging service said Thursday, providing relief to countless people sitting in front of computer...
Payfazz and Xfers, two startups that want to increase financial inclusion in Southeast Asia, announced today they have joined forces to create a new holding entity called Fazz Financial Group. As p...
Of all the gin joints etc. etc. Clubhouse continues to confound those who don’t believe in the restorative powers of the Next Big Thing. It doesn’t make sense, they say, that an audio s...