A pair of former Quidsi execs, Galyn Bernard and Christina Carbonell, longtime employees who stayed with the company through its acquisition by Amazon.com, are today launching a new e-commerce site today called Primary which focuses on the kids’ clothing market. The two, who are both parents themselves as well as savvy marketers, believe there’s still an untapped opportunity in the industry to offer quality kids’ clothing at more affordable price points by selling direct-to-consumer online, as opposed to through brick-and-mortar storefronts.

Carbonell, Primary’s co-founder and COO, was the third employee at Quidsi, while Bernard joined later in 2010. With backgrounds in marketing, the founders helped the company known for its websites like Diapers.com grow from an $11 million dollar business to one that reached $500 million following its purchase by Amazon.

The co-founders left Quidsi last February to focus on their new project, which Bernard explains as something of a personal passion. Shopping for kids’ clothing online today is not ideal, she says, as everything is either too expensive or just harder to shop for than it needed to be.

“We wanted to shop for kids’ clothes as easy as we shop for things like diapers and formula,” says Bernard. “From a personal perspective, it felt like a huge gap.” In addition, she notes that the kids’ clothing market is a $30 billion industry, and parents, on average, spend $1,000 per year per child on clothing purchases. 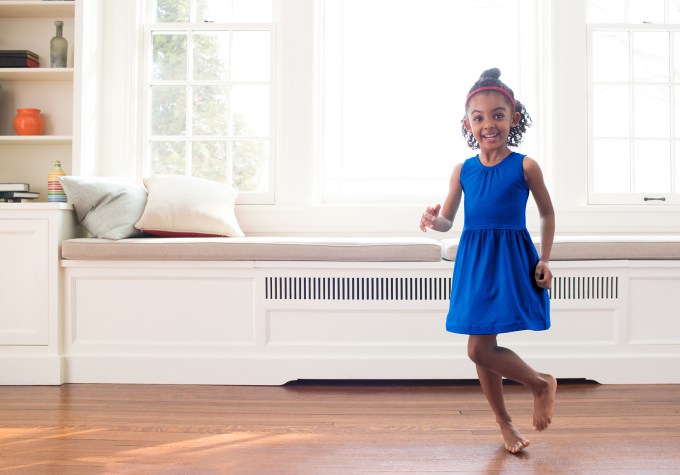 What makes Primary different from others in this large, and still fragmented, industry is that no one else is really focused on Primary’s mission: to offer evergreen quality essentials at low prices. What the company means by “essentials” is that it will sell the basics only – classic pieces of clothing that serve as the starting point for a kids’ wardrobe.

At launch, the site offers 31 styles for babies up to girls’ and boys’ size 10, including everything that a kid wears from polos to sundresses to hoodies and more. But unlike competitors, Primary’s clothing line-up is only available in solid colors. There are no patterns, embellishments, characters or designs. Instead, the idea is that you can augment the pieces from Primary with more fashion-forward products from elsewhere. Of course, you could also just mix-and-match Primary’s own clothes for simple outfits or even school uniforms.

The founders say that over time, they may choose to add some simple patterns to the line-up like stripes or polka dots, but the focus will remain on classics. 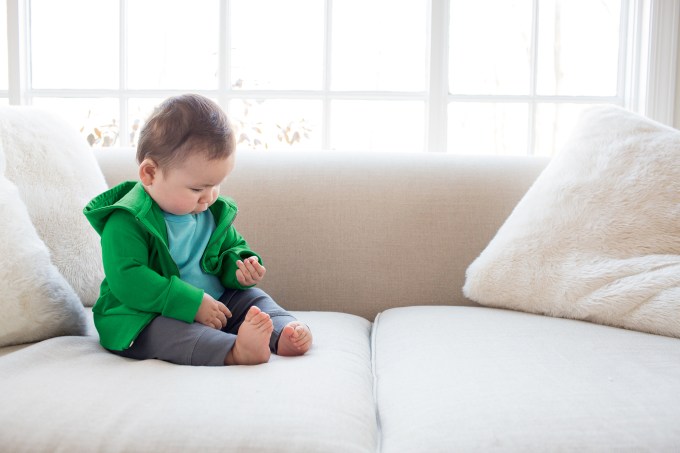 All of Primary’s pieces sell for under $25 – a price point that the company hopes will attract online shoppers looking to stretch their clothing budgets further. For example, a Primary hoodie is $20 while a GapKids hoodie is $35 and one from J.Crew is $45. That said, Primary’s clothes will still use better quality fabrics, like Pima cotton, for example, the founders note.

The price points are kept low thanks to the direct-to-consumer model, the compressed supply chain, and manufacturing that takes place in India.

In addition to its focus on essentials and quality, Primary also aims to differentiate itself through its user experience. The company is working to personalize the site with a number of features that will make it easier for parents to shop. One feature, for instance, is a smart order history that lets you see filter the clothing you bought in the past by boy/girl or size, then, with just a click, shop from that order again, adding everything to your cart a second time. With another click, you can change the size on your new order, allowing you to quickly replace your favorite essentials.

Products will ship in three days’ time anywhere in the continental U.S., and Primary says it’s working to reduce that window still. Orders over $50 will qualify for free shipping, but company will be sharing a promotion online that will waive that fee for the first year while it grows.

The now nine-person team is backed by $3.25 million, which includes $2.5 million in equity from Homebrew and Harrison Metal as well as another $750,000 in venture debt from WTI.

The site is open as of today at Primary.com – and yes, they scored the single-word domain name, too.