Phhhoto, perhaps the only social network to have first launched as a physical party product aimed at the enterprise, has topped 1 million registered users over the course of the past nine months. Users have posted upwards of 10 million Phhhotos to the platform.

Phhhoto started back at SXSW in 2013 with an iPad-based photobooth, but instead of capturing the usual strip of four photos, the iPad app (hooked up to a stand with special built-in lighting) captures four frames and then strings them into a looping GIF. Users can then text themselves the Phhhoto to save to their phone and share on other social networks.

The product was called Phhhoto Pro.

For a year, the Phhhoto team built out Phhhoto Pro to offer at parties and different events for a negotiable fee, while secretly working on an app that consumers could use whenever they want from their own device.

The app launched in August of 2014 and the company has since grown to one million registered users. Notably, Phhhoto operates much like Snapchat when it comes to populating a user’s social graph, depending solely on the user’s phonebook as opposed to another network like Facebook or Twitter.

For a long time, Phhhoto Pro has been a useful user acquisition tool — the company has around 300 corporate clients and has set up the Phhhoto Pro booth at more than 1,000 different events — but cofounder Champ Bennet explained to TechCrunch that the app has now overtaken the physical product in terms of user acquisition rate.

“The cool thing about Phhhoto Pro is not just that it continues to drive user acquisition, but it offers this level of brand equity for users that makes them high-value users on the app side.” 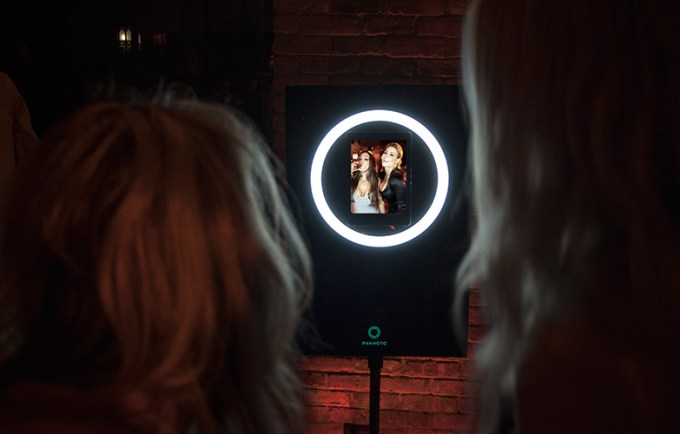 Moving forward, the company is focusing on the content itself, with the intention to build a platform that fosters media creation from within the app, as opposed to outside content. By comparison, networks like Facebook and Twitter are built to hold and stream content from a number of different networks, while Snapchat (more akin to Phhhoto) is designed to support content created on Snapchat.

“We’re trying to build something pure, and the product has gotten to a point where the Phhhoto media type is something that our users are enthusiastic about, so now it’s about how we can loop that into new ways of communicating, and perhaps even new content types,” said Omar Elsayed.

Phhhoto has raised $225K in seed funding led by Diplo.