The U.S. company showed off Messenger as a channel for business-to-consumer communication and a platform for third-party developers’ apps at its F8 event this week, but it also has its own collection too. That is much like Line, the chat app company from Japan, which offers a range of camera and utility apps (and also games) to complement its core messaging service.

Due warning, don’t be too serious as these apps are as frivolous as it gets.

As the name suggest, this lets you send a range of different sounds to your friends via Messenger.

Guess what? This app lets you take selfie and turn them into stickers that can be sent to friends. The stickers can’t be recalled from inside Messenger — unlike Line’s newly updated selfie-sticker app — but if you want to send a selfie you already took you can simply open the Selfie app and send it over in a few clicks. 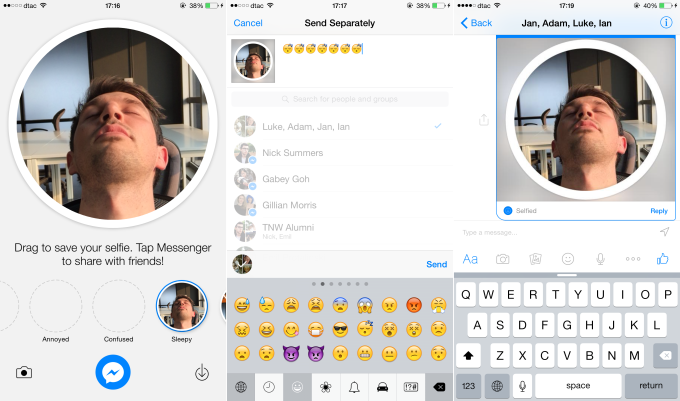 This is one I actually like. Strobe lets you take up to four photos and turn them into a moving GIF. It’s a fairly unique and an interesting twist (quite literally) on sending photos to friends. 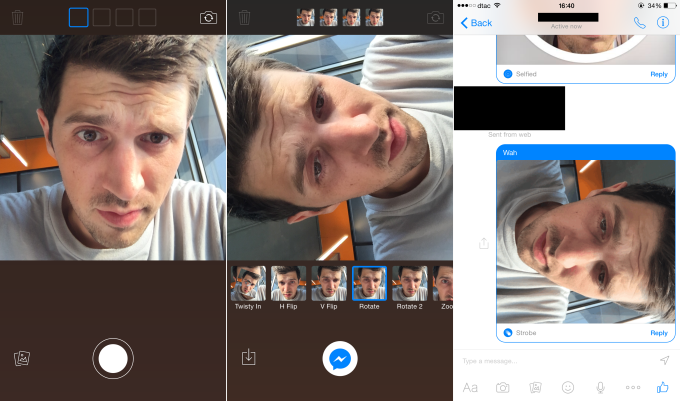 If you like to take selfie and write all over them, then Shout is your app. 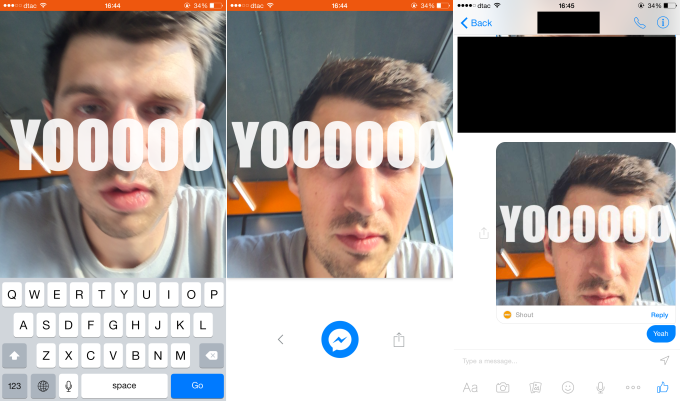 Stickered was released last December and, as we wrote then, it lets you add stickers to your photos, which can then be shared to your Facebook profile or sent privately to friends using Messenger. 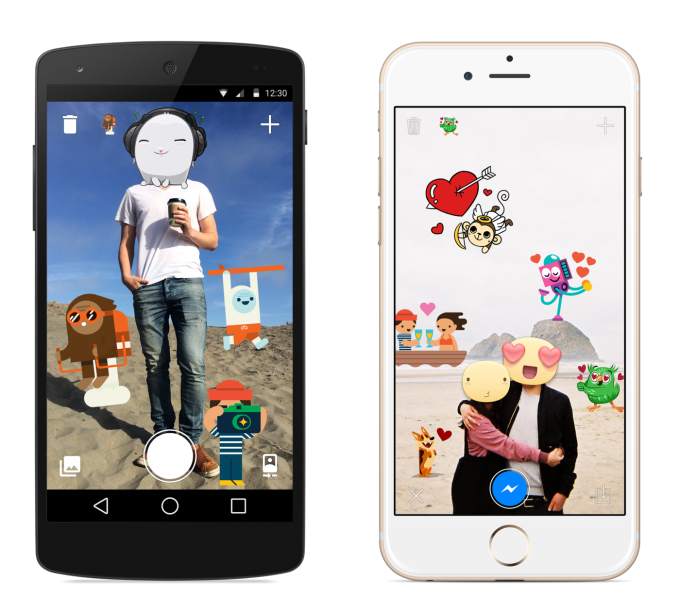 Facebook’s other partners include Giphy, Imgur, PicCollage and others, so there’s no need to rely on Facebook’s home-cooked range for your entertainment.

Line, WeChat and others have expanded into more useful, service-related integrations and it will be interesting to see if (and when) Facebook brings more meaningful experience into Messenger. Summoning an Uber, buying from Amazon, or ordering a Postmates pick-up from inside the app could make for a pretty compelling experience, particularly in the U.S..