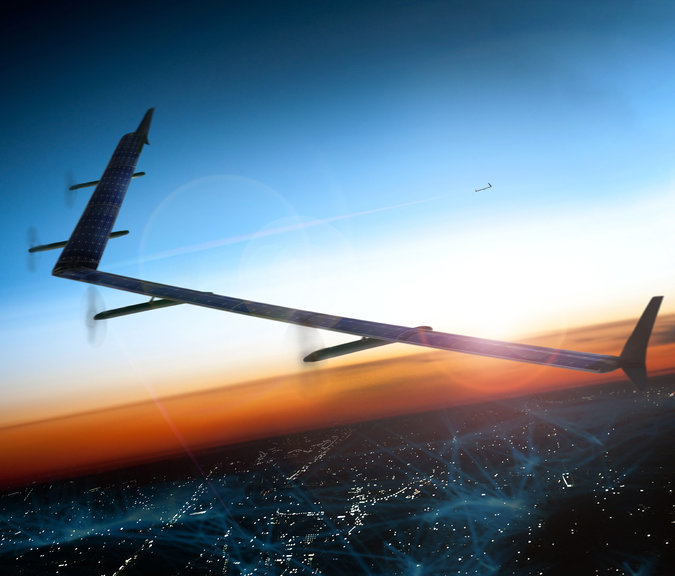 As the second day of its F8 conference began here at Fort Mason in San Francisco, Facebook announced the first hardware it plans to use to beam the Internet down to billions of people around the world.

Codenamed Aquila, the drone has a wingspan comparable to a Boeing 767 yet uses lightweight materials that allow it to weigh less than a car.

During today’s keynote, Facebook also announced that it open sourced its development tool React Native, and showed off new artificial intelligence systems that can identify and understand the meaning of video and text content.

Aquila has to be incredibly light, because it’s going to be kept aloft for as long as three months at a time using solar power. Just staying in the air for that long is a challenge, but Facebook’s also going to be pushing Internet access down to people 60,000-90,000 feet below using lasers, as well as maintaining communications between drones to maintain coverage across wider regions.

Aquila is the first complete concept we’ve seen come out of Facebook’s acqui-hires of engineers from UK-based Ascenta, unveiled nearly a year ago today. Facebook says it’ll begin test flights this summer, with a broader rollout over the next several years.