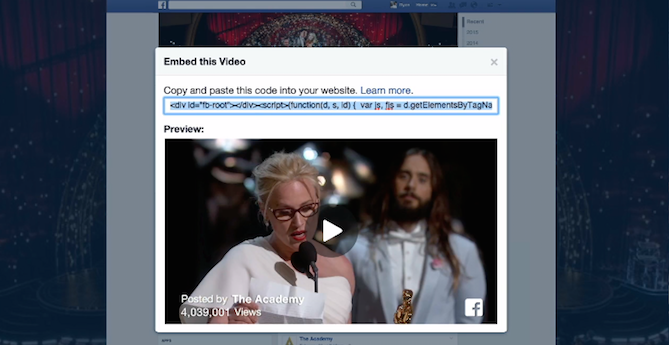 While you’ve been able to upload your videos to Facebook for ages, embedding them anywhere else was a bit of a pain. You could tear through the video player’s source code and try to get something working — but in most cases, it was easier to just turn to YouTube.

Fotokite Phi is a $349 drone on a leash that needs no pilot, just a GoPro http://tcrn.ch/1NqMj6v

Now you just click the “embed” button and get a blurp of code, much like what you’d expect to see in any of the myriad video hosting sites. Paste that code into your blog, and the Facebook-hosted video should pop right up.