Graphic India, a Bangalore-based digital media company, has landed $2.8 million to continue its quest to develop a comic and animation business that represents India and Indian culture.

The funding round was led by The Chernin Group via its Asia-focused CA Media arm. It included participation from New York-based Start Media and a range of angel investors, including games firm Backflip Studios founders Julian Farrior and Dale Thoms. Graphic India raised a $2.5 million seed round from CA Media last year.

Indian comics and superheroes aren’t something that we often hear about or see, and that’s exactly what the startup, which was founded in 2013 and is owned by U.S. holding company Liquid Comics, is aiming to change.

Sharad Devarajan, CEO and co-founder of Liquid Comics and Graphic India, told TechCrunch in an interview that the money will be used to continue to create content, and develop a digital platform to showcase Graphic India’s library of comics, cartoons and films.

“Mobile is the opportunity to build and control a direct audience, to build the comic book fanboy in India. There are 550 million people in this country aged under 25 who’ve never been served with content that speaks to them in this way,” Devarajan said.

The startup has, to date, devoted its time and resources to developing a catalog of content and gaining distribution via third parties in the industry. That includes a partnership with Rovio, distribution deals with Cartoon Network in India, and 10 film licensing deals. That’s not to mention actual content from acclaimed cartoonist Stan Lee, Batman writer Grant Morrison, and a host of others. 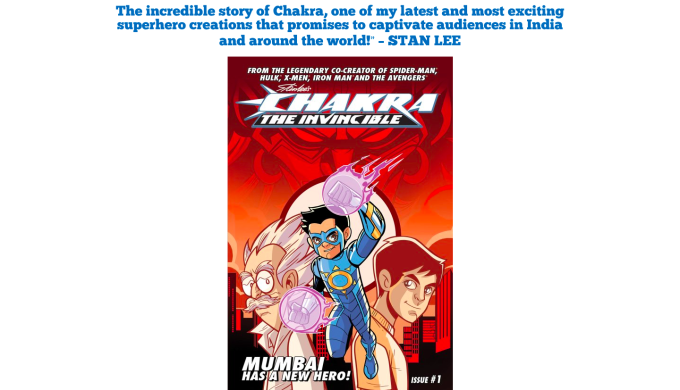 Lee and Morrison are just two of the prominent global figures who have also lent their know-how to helping Graphic India’s homegrown talent develop and hone its skills. That experience, coupled with the founding team’s wide network of contacts in U.S. — American-born Devarajan is an industry veteran who founded Virgin Comics with Richard Branson, then bought it out and renamed it Liquid — has helped Graphic India produce content that Devarajan believes is at least as good as that of its U.S. peers.

“The quality we’ve produced I think hasn’t been seen in India before. The packaging, execution and delivery has to be among the best in the world,” he said.

To date, Graphic India has sold its comics via Amazon (both the global and in India services) and domestic retail giant Flipkart. That, in addition to TV network coverage, has helped give the company credentials among the industry and proof that its work is good well received by mainstream audiences in India and worldwide. The next step is to build out its own direct audience.

Devarajan praised Vice, Rovio and others who have build out platforms of their own to house their content, and that’s very much his ambition for Graphic India.

“The Marvel of today would be focused on digital,” he explained. “[Content creators] are no longer as dependent on third party gatekeepers thanks to mobile.”

Graphic India’s mobile platform is likely to consist of a number of different pillars. It already has an active presence on YouTube, but is planning “fully immersive” apps with e-book and video components built right in. That mobile push will be Android first, Devarajan said, because that is the platform that generates the greatest reach in India.

The company is also planning to exploit Facebook’s popularity in India by developing a dedicated Facebook app for its comics and cartoons. This, combined with mobile, is designed to give the company its own independent means to build an audience.

“By this time next year, we want to be in a position with millions of engaged fans on a monthly basis,”Devarajan said, explaining that this would give the company an opportunity to flip the switch and explore business models that monetize its content.

“We’re still in startup mode and don’t want to make this a quickly profitable company,” Devarajan added. Instead, the goal is to seize the opportunity around the rapidly growing adoption of mobile in India to nurture a cartoon fanbase and community — with Graphic India, of course, at the heart of it.

“India is sitting on some great stories and creativity which has been outsourced to others. We want to find the next JK Rowling or Stan Lee who is sitting in a village somewhere, and tell them to stop coloring in Tinkerbell drawings and get creative,” he said. 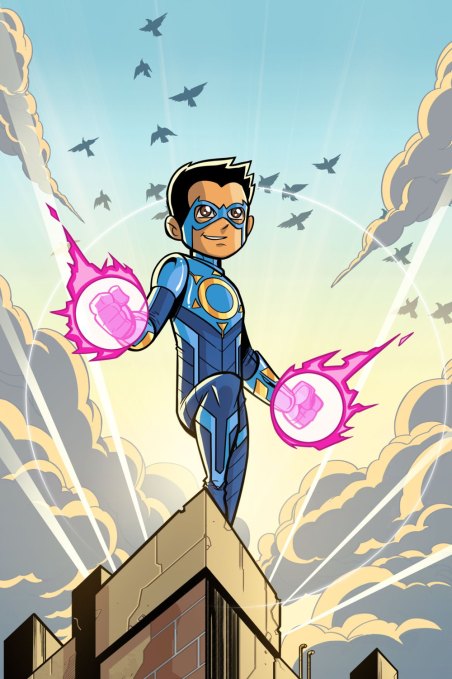