Operating out of Room #4 at the Bates Motel at SXSW 2015 (this is another story), I got the opportunity to interview a few fascinating startups that traveled from Tokyo to Austin, TX over the weekend to show their hardware-based concepts. During a rapid-fire demo session, I was able to see eight different startups and four really struck me as doing some novel work.

The first up was a startup we’ve covered before called AgIC. The process they’ve created enables people to draw and print their own circuit boards using pens and inkjet printers and a special silver ink. 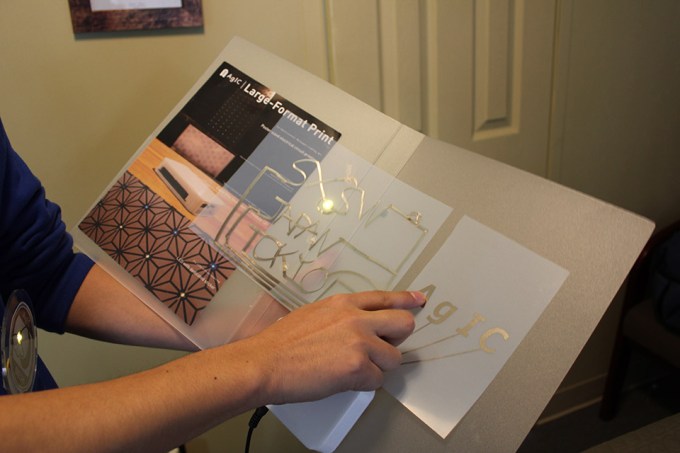 This interests me as much from a visual standpoint as it does from an electronic one; there was something beautiful about how the circuit looked when printed out and Massaki even describe them as potentially being designed as “wallpaper.”

A second startup I interviewed in the motel was called SenSprout. SenSprout was founded by Kazuhiro Nishioka, Kazuhito Mine, Ryutaro Okada and Yoshihiro Kawahara.

SenSprout actually uses AgIC’s process to create printable moisture sensors for plants. The concept is that you would just print out as many as you need at lower cost than traditional manufacturing. Wired covered the concept a while back when this was still a research proof of concept, but the group incorporated about two months ago and are now in the process of productizing SenSprout.

What’s most unique about SenSprout’s sensors is that they require no batteries to operate. They are able to take radio frequencies in the air (TV, cellular, radio) and convert those waves into the tiny amount of energy they need to operate. An accompanying app can visually display the results that the sensor is tracking. Rad. 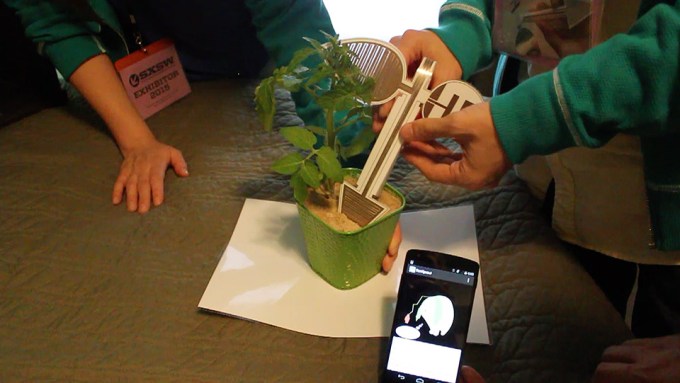 Next, a company called exiii led by Gentu Kondo, Hiroshi Yamaura, Tetsuya Konishi and evangelized by Akira Morikawa is planning to make prosthetic devices that are stylish, futuristic, that you can print at home on a 3D printer and that are in the $300 price range. Their goal is to make prosthetics available to everyone who needs one. They noted to me that, in Japan, only one percent of people in need of prosthetics currently have access to them due to the expense in acquiring them.

The demo unit worn by Akira, who had lost part of his right arm, is capable or grasping items weighing up to 500 grams and can even support additional attachments like cameras. 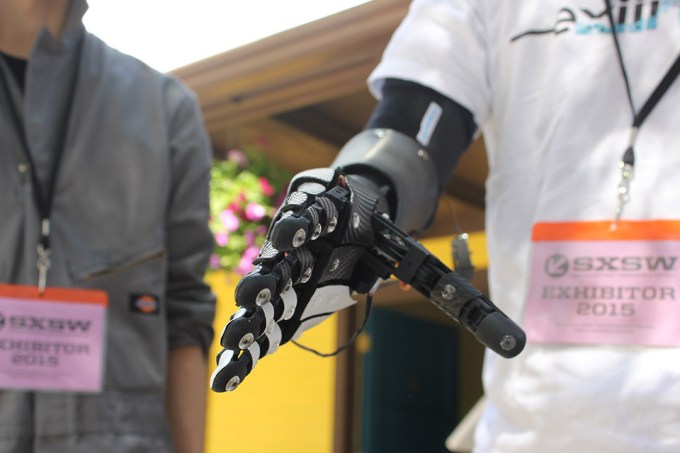 The last concept in my rapid-fire session was Plen2. Led by Natsuo Akazawa, Atsuhiko Tomita, and Takehisa Ito, the stated goal of this company is to better educate people of the value that robotics can bring to humans and help them better recognize their value as a tool.

To meet this goal, they created their own type of small robot kits that allow you to print most of the parts yourself. You order the motors and then print the other parts and assemble. You can also just order them fully assembled, but, the concept of a self-printable robot is most interesting to me. The friendly little robots are controlled via smartphone or tablet and dance, walk and even drive little automobiles. 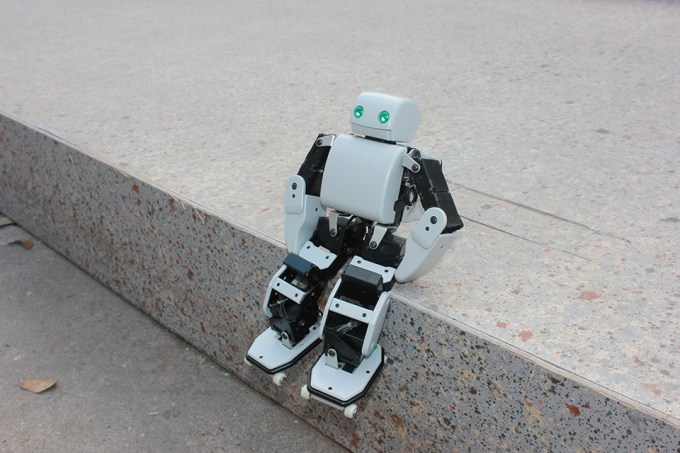