McDonald’s announced a partnership with General Assembly today at South by Southwest. They are launching a pilot program in which a small subset of McDonald’s employees can take one of two GA courses and receive a monthly stipend for the duration of the courses.

Interested employees will have to take an aptitude test to determine their fitness for the program, but once they’re in McDonald’s will work with them, giving them time off from work and a stipend based on how many hours they work for the duration of the course. He suggested it reach as high as $5,000 a month.

They are looking for high-potential people, Rafiq said. He sees it initially as a an experiment but was hopeful it would develop further. 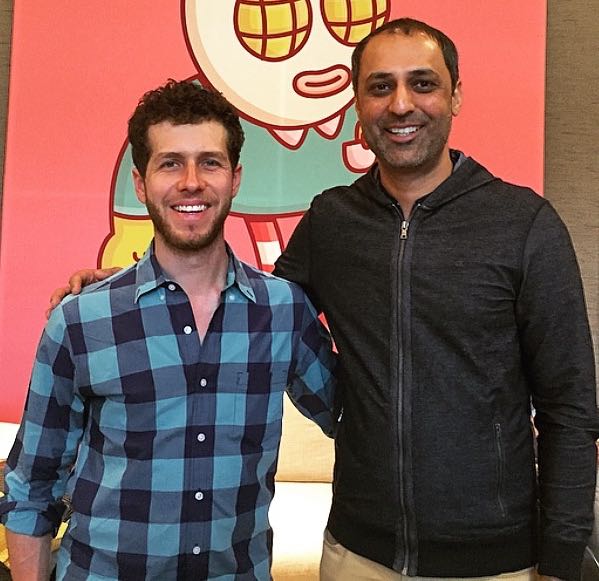 Matthew Brimer from General Assembly with Atif Rafiq of McDonald’s.

He recognizes that some of the people who go through the course will end up leaving the company for a better job, but ironically that’s really his hope. He wanted people who got through the program to end up at Salesforce, Google or some other high tech company.

The project came together very quickly. Just three weeks ago one of the General Assembly advisors approached Rafiq about doing something together.

Matthew Brimer, founder at General Assembly said his company was excited about the potential, and he pointed out this was not a trivial investment on McDonald’s part. The scholarship, which includes the time off and the stipend, also covers the cost of the General Assembly courses.

There are two courses: Web Development Immersive costs $11,500 for a 12 week course, while User Experience Design Immersive is a 10 week course that costs $9500. Brimer says the courses are intensive, running from 9am to 5pm with project work often going on after the class day ends, which is why it would be difficult to take them while working.

Rafiq calls it a “passion project.” He mentioned everyone he has told about this project has loved the idea – right up to the CEO of the company.

He hopes the program grows and develops, but for now it’s probably going to involve a small group of people to see how well it works. The locations of those employees will depend on how they line up with a General Assembly location.

General Assembly has the mission of educating people about programming and internet technologies. It was founded in 2011 and has received $49.5M in funding with the latest round, $35 Million Series C, coming on March 7, 2014. Its headquarters are in New York City, but it has locations in 13 cities in the US and around the world including London, Sydney and Hong Kong internationally.