Snapchat is seeking to raise up to $500 million in a new round that includes Chinese e-commerce giant Alibaba and Saudi Arabian investor Prince Alwaleed Bin Talal, according to a source. The Los Angeles-based messaging app company has raised $648 million from investors to date.

Bloomberg today reported that Alibaba is in talks to invest $200 million in Snapchat at a $15 billion valuation, and a source confirmed those details to TechCrunch. We are told that Snapchat is again keen to secure a $19 billion valuation, but that for some reason it did not happen with this piece.

Bloomberg reported that Alibaba’s investment is separate to an ongoing effort to raise up to $500 million, but we understand that it is part of a single round. Snapchat is raising the funding (which is not closed yet) in a less-than-conventional manner once again. That’s to say that it is jumbling a range of investors together to form a round — here’s what we wrote on Snapchat’s fundraising methodology before:

Snapchat is interesting in that they break the conventions of traditional fundraising, one source tells us. Traditionally an entrepreneur will set out to raise a round for a specified amount of money, and then you get interested investors on the same page based on an agreed valuation and then you close it. Spiegel does this somewhat differently. “He goes after individual investors at different valuations. It’s a rolling investment and a rolling close. In theory you could say he’s already done 40 rounds.” (40 is likely figurative rather than literal.)

Another interesting nugget: We’ve heard billionaire Saudi investor Prince Alwaleed Bin Talal, who was a Twitter investor, is a participant in the round.

The Prince is no stranger to U.S. tech firms and has held investments in a range of companies, including Twitter, AOL, Apple, Motorola and Fox. He personally owns 95% of Kingdom Holding, and Forbes puts his estimated wealth at $22.7 billion. 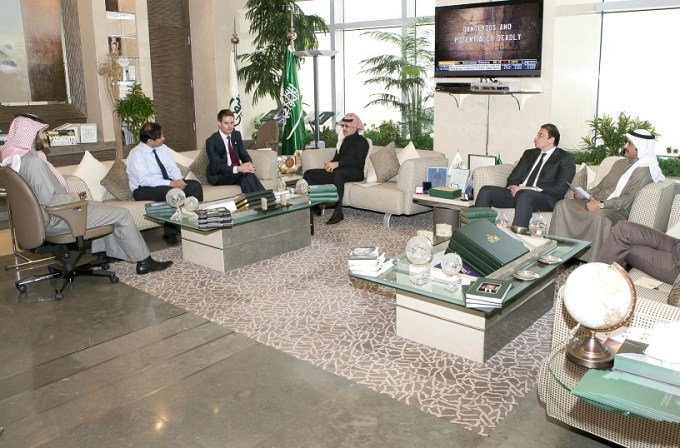 Alibaba was linked with an investment in Snapchat last year, but a deal never materialized. Leaked emails from Sony, including those of Sony Entertainment CEO and Snapchat investor Michael Lynton, showed there had been meetings between both sides, though it seems to taken some time for those discussions to be consummated.

Snapchat ended last year by quietly closing a $485 million funding round from 23 investors. We reported at the time that the company had initially aimed to land $900 million, this time around the goal seems less lofty.