Google today launched the redesigned version of its mobile Calendar app on iPhone. The new app, which follows Google’s new Material Design guidelines, includes all the features Google previously announced when it launched its updated Calendar App for Android.

These new features include the ability to automatically include events from emails to your Gmail accounts. With this (and your permissions), Google scans for emails that include confirmations of upcoming flights, hotel reservations and concerts. Once it detects these, it automatically adds them to your calendar — including information like your confirmation number and other details. It feels a bit weird at first, but I’ve been using it on Android for a while and it actually comes in quite handy. 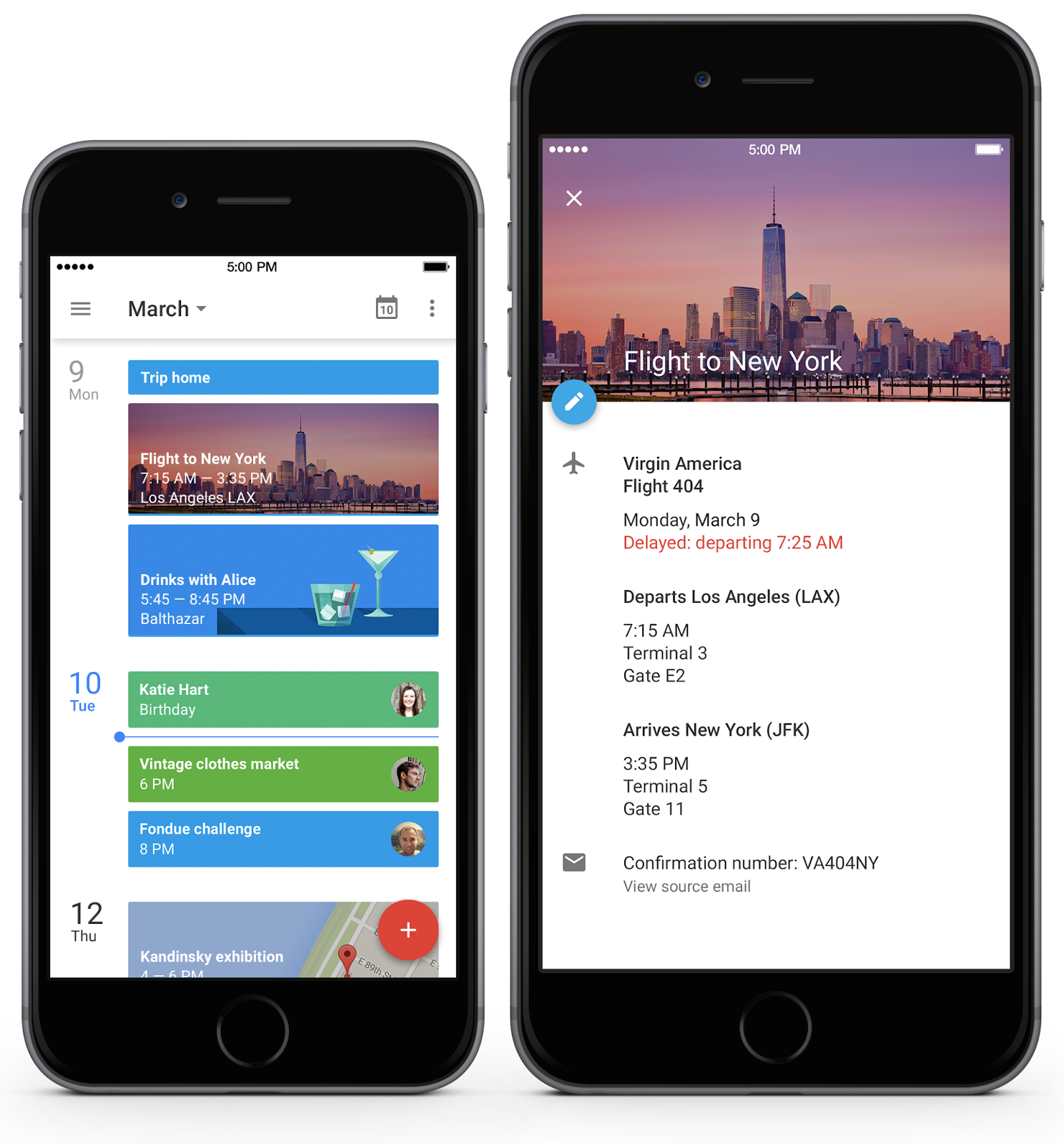 Also new on iPhone are Assists. With these, Calendar will offer to autocomplete your entries when you type in a title, address or name, for example. This has definitely made my calendar entries quite a bit neater.

The last major new feature — besides the new design — is Schedule View. This new, scrolling view of your agenda shows you all your upcoming events, but in addition to that, Google now tries to illustrate them with matching pictograms and photos.

Say you’re flying to New York. Google will recognize that and then show you a picture of the New York skyline in the background of your calendar entry. It’s not a huge deal, but once you see it in action, it’s surprisingly fun (and that’s not something we often say about calendars).

You can download the new version of Calendar for iPhone here. It’s unclear when Google will bring these updates to the iPad.