Discovering great apps is like finding a needle in a manure pile. The App Stores are overrun with crap, and anything decent has a dozen clones. But AppCrawlr lets you compare feature checklists and reviews to find the best app for any purpose.

While a genius technology, AppCrawlr’s two-man operation never became a household name. So today, AppCrawlr announced it’s been acquired by desktop software discovery site Softonic, which is trying to get serious about mobile. Both founders are coming aboard, and for now AppCrawlr will keep running as its own site while its tech is built into Softonic, but eventually it may be shut down.

I first caught wind of AppCrawlr at SXSW 2013 when it’s co-founder David Schorr came to a TechCrunch Office Hours session to meet and pitch writers. I was blown away by what he’d built. 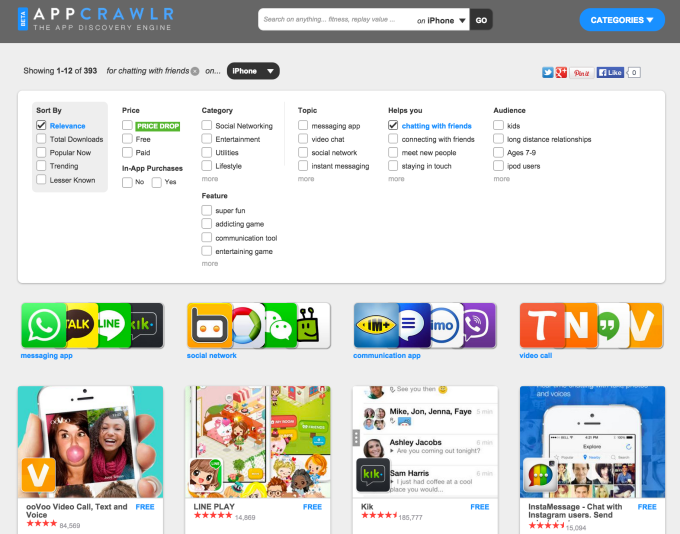 AppCrawlr doesn’t just put apps into generic categories. It crunches reviews and release notes to determine exactly what an app does, what it’s best and worst for, and whether it’s the best app of its kind. You can filter by use cases like “Helps you: earn money”, “meet new friends”, “fall asleep”, and more. It’s a true semantic search engine for apps, and we need it more than ever.

AppCrawlr’s review-scraping big data engine can’t always tell the difference between features and descriptions, sometimes labeling “Super Fun” as a function of a photo editing app alongside “filter options”. The design is a bit amateur as well. But it gives a much deeper understanding of an app’s purpose, people’s most and least favorite things about it, stability, alternatives, and related apps. 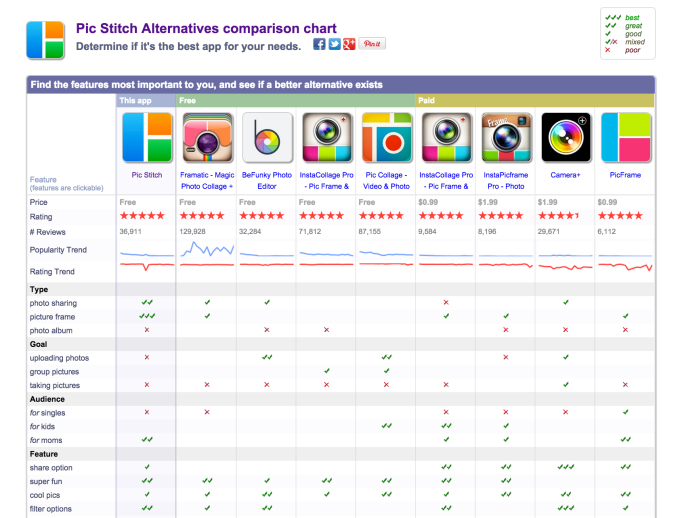 To get this utility to the masses, though, AppCrawlr needed the nearly two-decade old Softonic’s help. Co-founder Joel Fisher tells me “to grow globally and to apply the technology to its full potential, it was very compelling for us to join a larger company that has both the resources and the shared vision to make a much bigger impact.” Now Softonic is in the process of building AppCrawlr’s functionality into its desktop software discovery site.

“Softonic has over 100 million monthly users who come to our service looking for desktop software and mobile apps to solve a problem or enhance their lives” the company’s corporate marketing director Diana Castelltort tells me. “Over time, we expect a continued shift from desktop to mobile and our products and services will reflect this change.” AppCrawlr will make that happen smarter and faster.

With everyone aware of the app discovery problem, you’d think startups would be flooding into the space. But there’s been surprisingly little innovation on pure app comparison and discovery since Apple acquired review site Chomp…and then basically did nothing with it. Install ads, Product Hunt, and contextual homescreens like Aviate and Everything.me are all taking different angles to solve the problem.

But with AppCrawlr on its side, old school desktop player Softonic could show these n00bs how it’s done.