Drinking from the fire hose

A heady cocktail of VCs, private-equity firms, banks and corporates competed to invest over $32 billion in mobile Internet startups last year, fueling the engines of growth in not just mobile but the entire tech market. $12 billion of new money dropped in Q4 2014 alone, topping two-and-a-half times the same quarter a year ago. 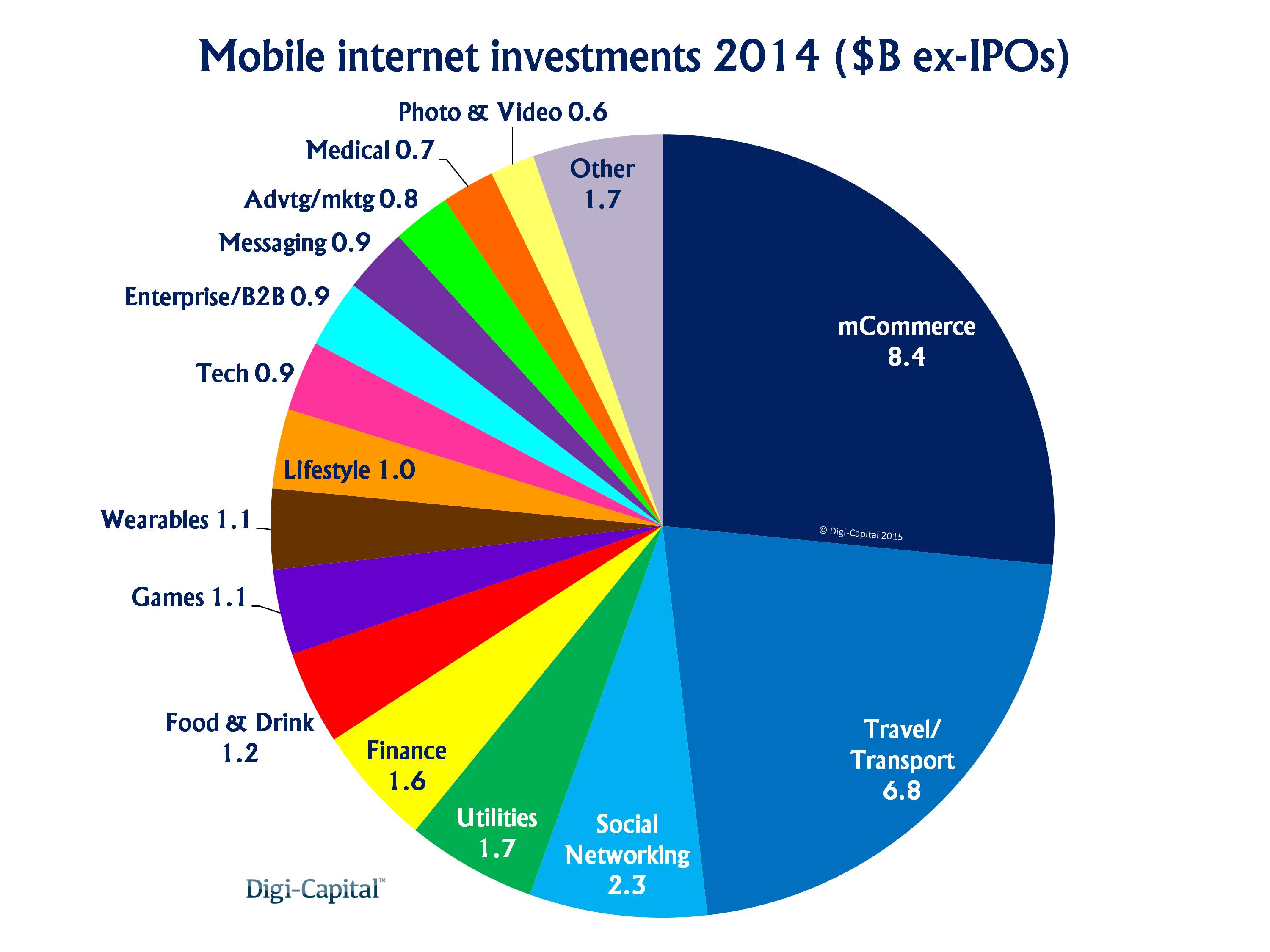 It looked hard to not raise money in mobile if you were doing something interesting last year.

Exit through the gift shop

Mobile Internet exits smashed through $90 billion ($65 billion mergers and acquisitions, $26 billion IPOs) in 2014, more than twice the previous record from the year before. Even taking out Facebook/WhatsApp’s $21.8 billion, there was an 80 percent jump from 2013.

Institutional investors backed IPOs hoping to get in on the ground floor of a high-growth market. Online corporates facing massive cannibalization of their core businesses, and hoping to share in high growth, were major drivers of the acquisition boom. Early-stage investors and entrepreneurs had a field day. 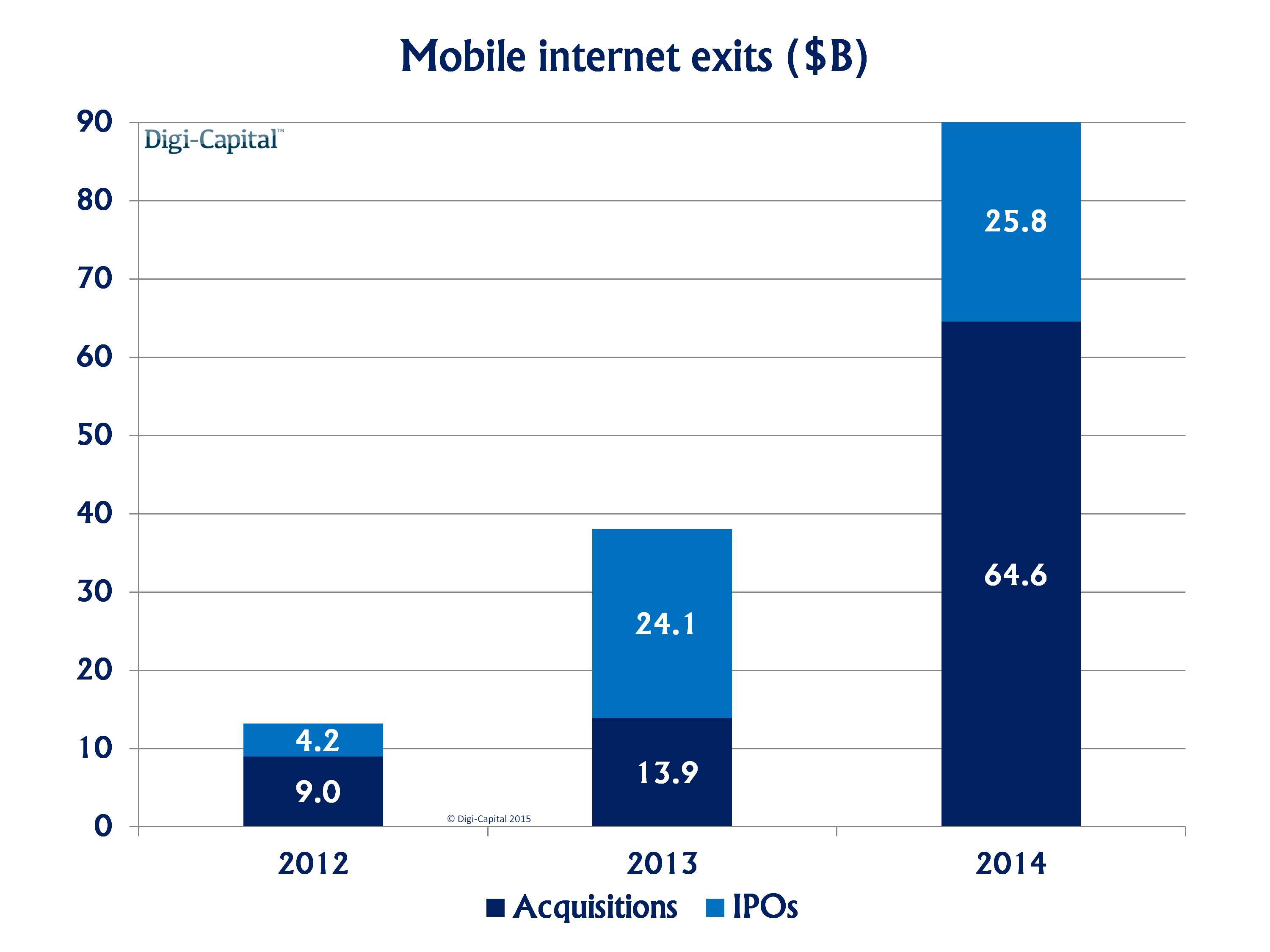 Billions are cheaper by the dozen

Fifteen mobile Internet sectors each did over a billion dollars of exits last year. Messaging took a third of the exit market at $31.4 billion ($10.6 billion without WhatsApp) followed by games $16.7 billion. Food and drink, lifestyle, and social networking returned over $5 billion each. Utilities, music, enterprise/B2B, finance, advertising/marketing, photo and video, travel/transport, tech, m-commerce and navigation each had over a billion dollars of exits, with the 12 remaining sectors adding another $1 billion in total. 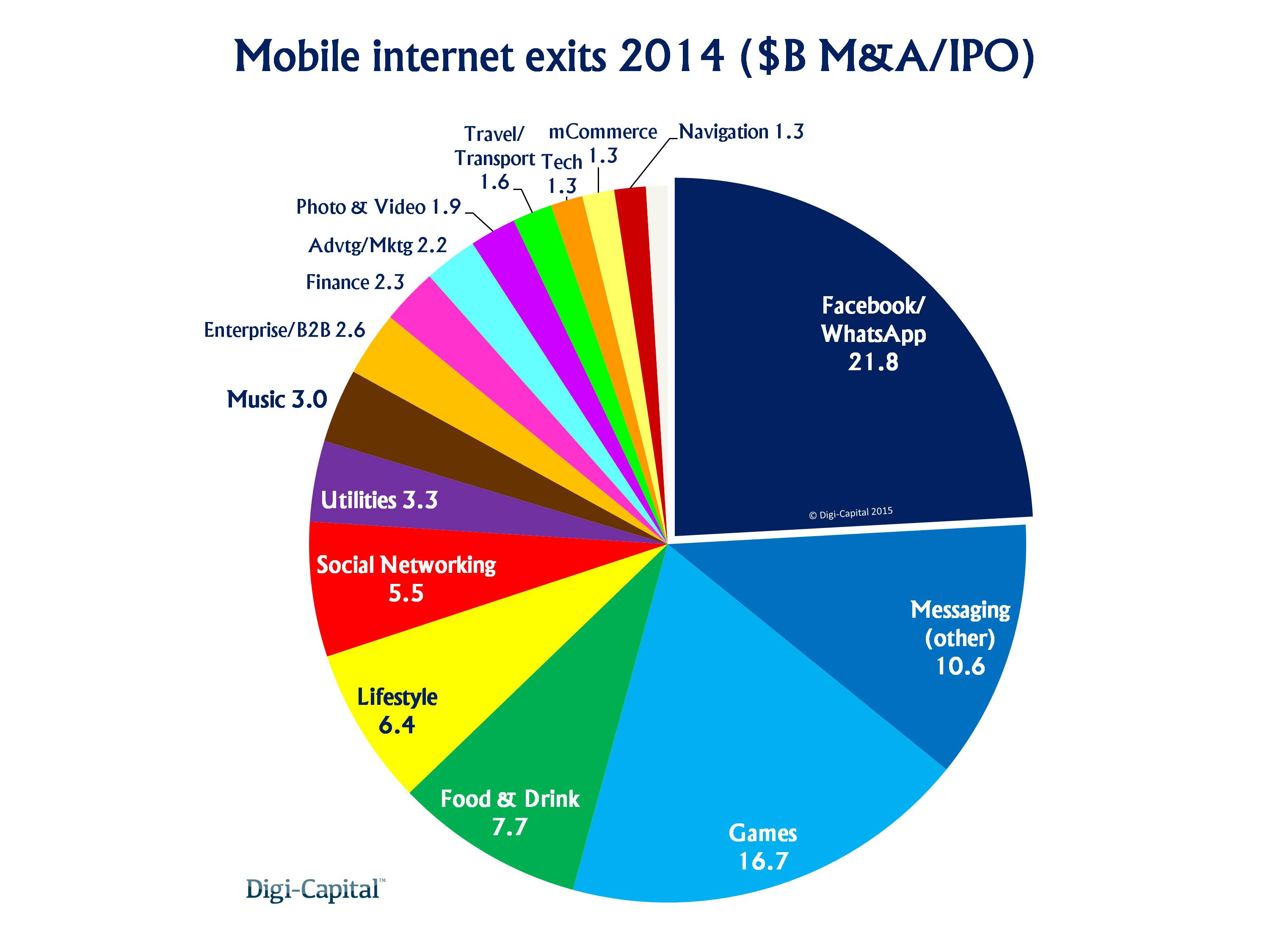 Bigger than big, stronger than strong

All of these exits were a bonanza for mobile Internet entrepreneurs and investors, with three-year sector returns (or the multiple of dollars received in 2014 for every single dollar invested in a sector over the last three years) of up to 42x investment.

The strongest-performing sectors were navigation (42x), messaging (18x), app-store/distribution (11x), games (10x) and social networking (8x), with average three-year returns across all mobile Internet sectors around 3x. It is worth noting that these are average returns across sectors, as individual deal returns could be much higher (or lower). 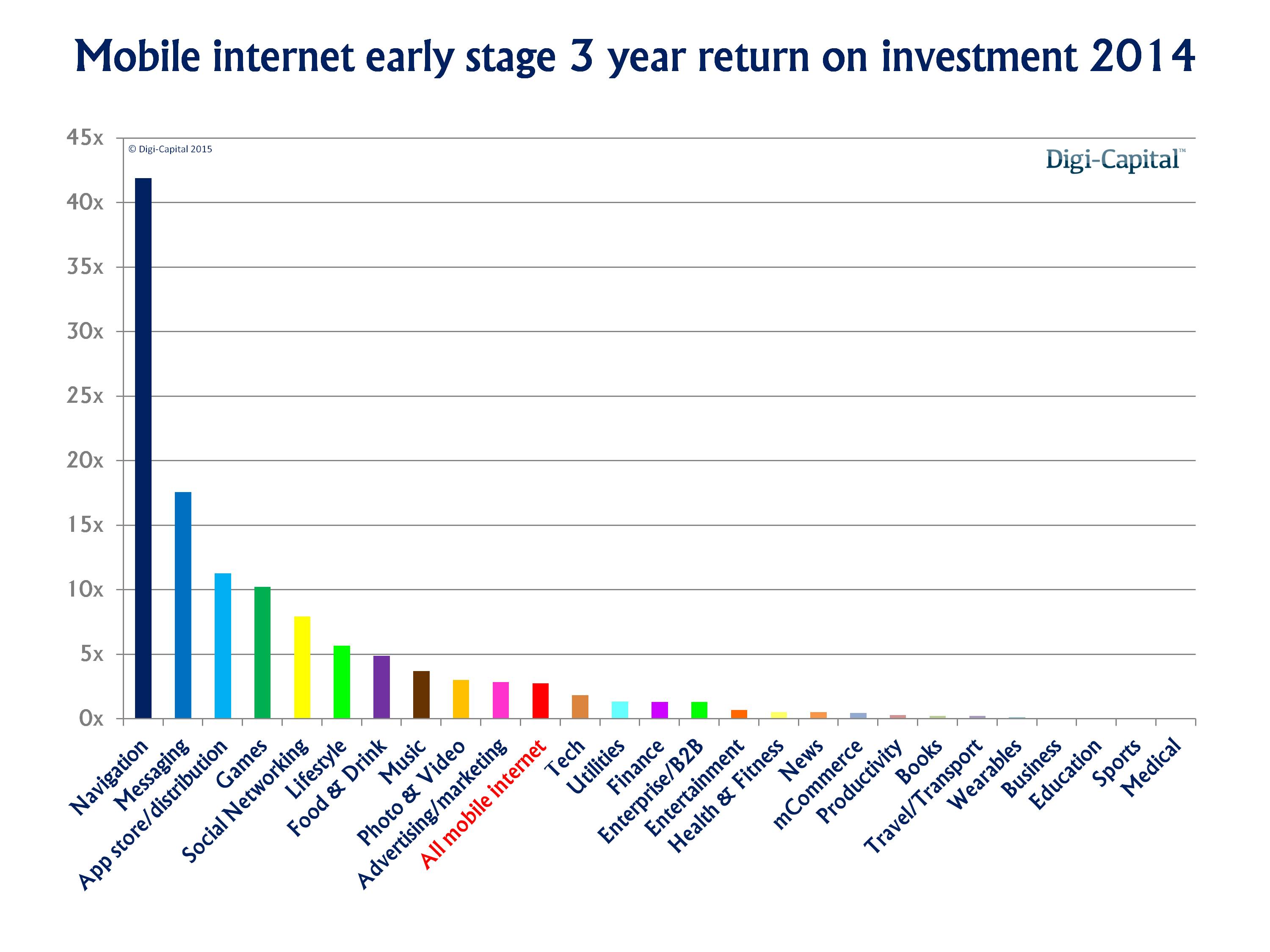 You can read the full analysis here.