BlackBerry has gone back to making touchscreen phones again after it unveiled the Leap, a device that the company believes will appeal to young people and startup founders, in particular.

The troubled Canadian firm returned to its roots when it launched a Qwerty device in December, but this time the keyboard is gone — the Leap looks like something that the company would have released a couple of years ago — at least in terms of the aesthetics — and we all know how it fared then.

The basics: the Leap has a five-inch HD screen, with an eight-megapixel rear camera and 16GB of on-device storage. The company touted the phone’s battery life, which it claimed will last for a day. It also pushed BBM as a productivity tool, its Siri-like personal assistant and, of course, its security creds. 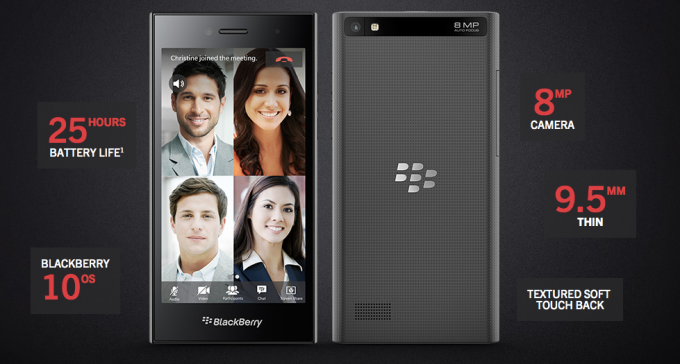 BlackBerry believes — seemingly with genuine sincerity — that the Leap will appeal to young people who want to get things done. It actually thinks startups will go for the Leap.

“BlackBerry Leap was built specifically for mobile professionals who see their smartphone device as a powerful and durable productivity tool that also safeguards sensitive communications at all times,” said BlackBerry’s Ron Louks in a canned statement.

Unfortunately, at this point, most people will disagree. Software and services have gone cross-platform, even BBM — once the company’s prized asset and messaging app trend-setter — has been usurped by countless rivals; both enterprise- and consumer-focused. Really, there’s nothing unique about BlackBerry today, unless you happen to be one of the Canadian firm’s ardent fans.

TechCrunch’s own John Biggs took a shine to last year’s BlackBerry Classic, but ultimately said that he wouldn’t give up a Samsung Galaxy S or iPhone for it. And therein lies the problem that the Leap doesn’t appear to solve.

BlackBerry did say that it is planning to release a phone with curved edges — like the Galaxy S6 Edge — but even then, you’d have to wonder if the company still has what it takes to appeal beyond its existing fanbase.