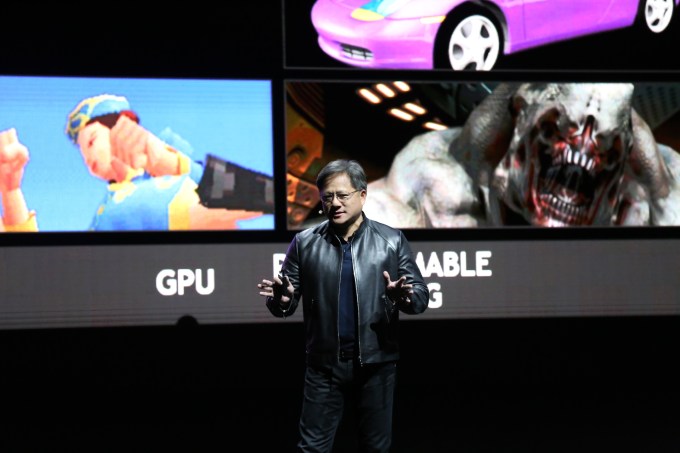 At a post-GDC keynote at the Nob Hill Masonic Center, Nvidia co-founder and CEO Jen-Hsun Huang just took to the stage for a series of big announcements. The video processing technology company today unveiled its plan to further its push into user hardware with a $199 Shield, a set-top box running Android TV that will launch in May. 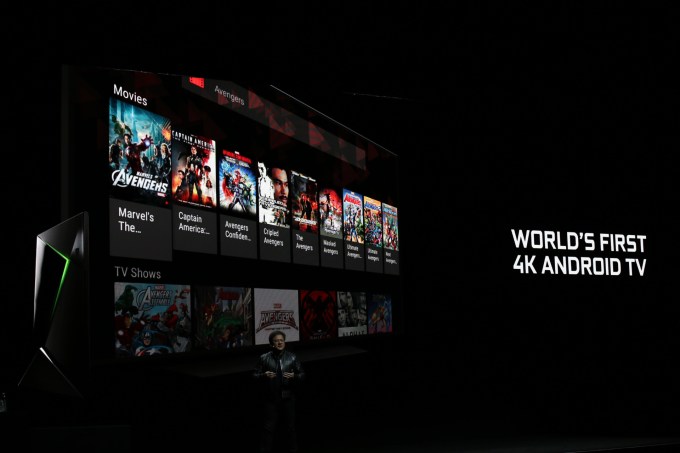 The new game console isn’t too far of a stretch for Nvidia — the company already makes an Android-based gaming handheld as well as a high-end tablet. In fact, TechCrunch’s Darrell Etherington speculated that tonight’s announcement could include a console based solely on hints of the invitation to come and our discussion on the DroidCast podcast.

At the beginning of the announcement, it seemed that Nvidia was going to announce a TV and a game console — instead, the new Shield looks more like Razer’s Forge TV.

Several minutes into the unveiling, the company focused on the non-gaming media aspects of the device. Most of the demo thus far has shown navigating the Android interface using a remote that looks like what you get with a Roku or Amazon Fire TV, with built-in voice input, with an occasional pause to gawk at the 4K footage being shown on the main stage’s display.

When it finally started talking about how the Shield would be used by the company’s gamer audience, the keynote focused on the power of the of the Tegra X1 system-on-a-chip, which Nvidia unveiled at CES in January. As a simple point of comparison, Huang noted that the X1’s GPU has more than twice the processing power of the Xbox 360 while consuming between 1/20th and one-fifth as much electricity as the last-gen console.

Most Android games aren’t going to push that kind of silicon very hard, so Nvidia also showed off the Shield Store, a collection of high-end games brought over to the platform, including previous Shield games like Half-Life 2 as well as more recent, demanding games like Metal Gear Rising: Revengeance and Borderlands: The Pre-Sequel.

We were also briefly shown Borderlands, The Talos Principle, a version of Doom 3, and Crysis 3 multiplayer performing with surprising quality and smoothness on stage. Huang says the Shield will support with more than 50 native titles and facilitate access to Nvidia’s GRID service when it launches later this year.