Montblanc, a Swiss luxury company, recently announced a little add-on to its mechanical watch line – the e-Strap, a small OLED system that displays notifications on the bottom of your watch band. I snorted at the concept back in January but now we get to nod sagely at the implementation.

To be clear I don’t think Montblanc is doing anything wrong here. They know smartwatches are coming, they are, at best, a second-tier watch manufacturer, and they’re about to be hit with massive competition. If I were a Swiss watch company CEO I’d reach for any lifeline given and this is, at the very least, logical.

What luxury manufacturers aren’t willing to accept, however, is that tech is now a luxury accessory. Wearing a Fitbit or Jawbone Up alongside a handsomely encased Galaxy Note is the new Rolex and Moleskine notebook combo.

That said, how does this thing feel on the wrist? Ariel Adams writes, this thing looks too large and “might feel like an unwelcome tumor.” However, in practice he notes that the piece is well-designed and not obtrusive. It will cost about $300 when it launches this year.

Adams, for his part, is accepting of the new device:

 The actual Montblanc e-Strap unit available to put on and wear was a non-functioning dummy, but the brand did have an early functioning Montblanc e-Strap device attached to a base with constant power connection. There I was able to view the e-Strap user interface in action and appreciate more-or-less what the smart device would do. The screen doesn’t offer a lot of space for text but the characters are crisp and the system does seem to relatively straightforward. Things like activity tracking data and missed call or new text message notifications are there to greet you without being in the way. 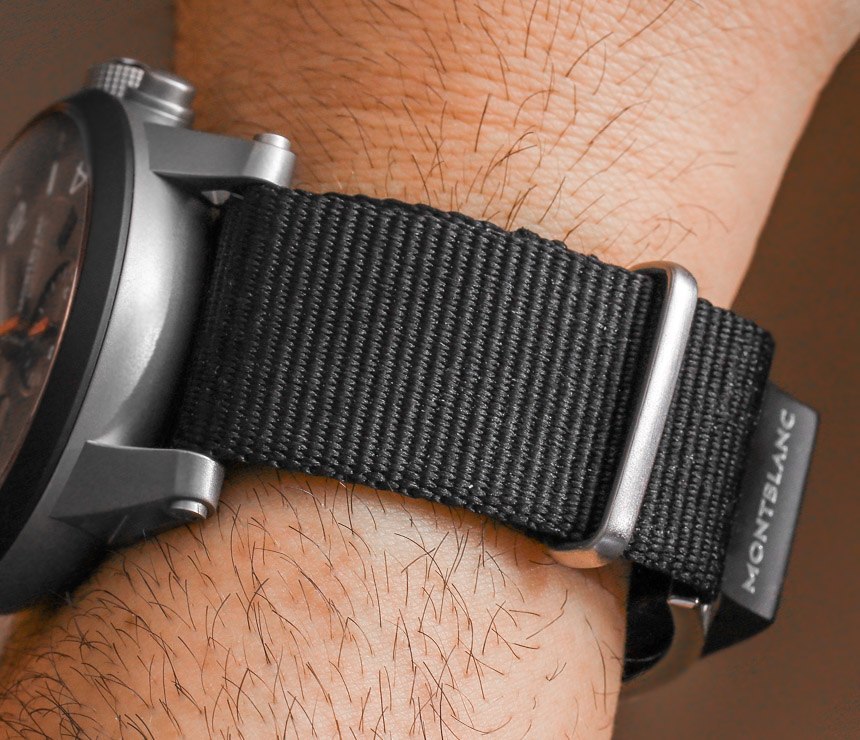 As a mechanical watch lover I want Montblanc to continue to exist as a mechanical watch manufacturer. Making something like the e-Strap makes sense on the short term but I worry that given the potential preponderance of Android Wear devices and Apple Watches out there, the effort will be for naught. Montblanc CEO Jerome Lambert told ABlogToWatch that Montblanc was still an aspirational brand that was looking “for ways some consumers may want to incorporate smart wearable tech into their lives.” Unfortunately for Montblanc, it’s already pretty easy.