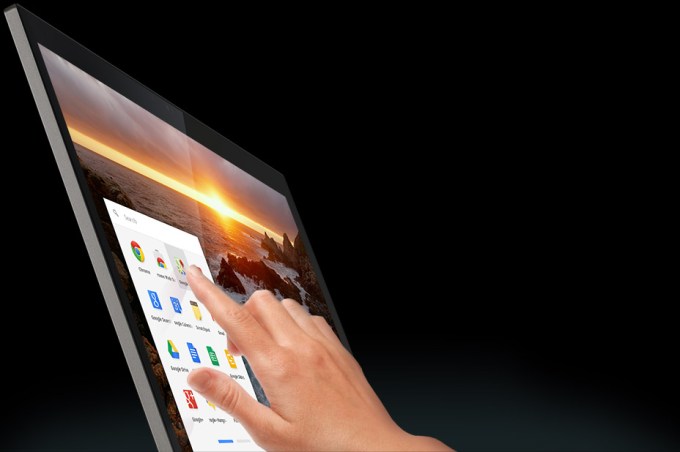 Were you a fan of Google’s Chromebook Pixel? The Chromebook with the super high-res touch screen built-in, meant largely to show what a Chromebook could be if it cost $1,300 instead of two or three hundred bucks?

Good news! It looks like Google is making a sequel.

There’s no official announcement yet, but Google’s Renee Nieme mentioned the new Pixel in passing at an event this week in San Diego.

While there was video of the mention at some point, Google swept it under the rug pretty quickly. Fortunately, the guys over at OMG!CHROME! managed to grab a transcription. Here’s the meat of what was said:

“We do have a new Pixel coming out and it will be coming out soon. We will be selling it but I just have to set your expectations: this is a development platform. This is really a proof of concept. We don’t make very many of these — we really don’t.”

The rumor mill had been whispering about this one for a while, but this is the first mostly-official nod that it actually exists. The same rumors also suggested that the new Pixel would have USB Type-C ports (that’s the reversible one that we should start seeing more of this year. No more trying to plug in your cable upside down, flipping it over, and somehow it’s still upside down what the hell ARGHBRGHSK.)

The big takeaway: Google is working on this thing, it’ll ship “soon,” but they… don’t actually expect to make/sell many of them. Chromebooks sell well enough at $200-$300; hell, three of the top 10 best selling laptops on Amazon right now are sub-$350 Chromebooks. Bump the price up to $1,300, however, and folks start looking elsewhere.