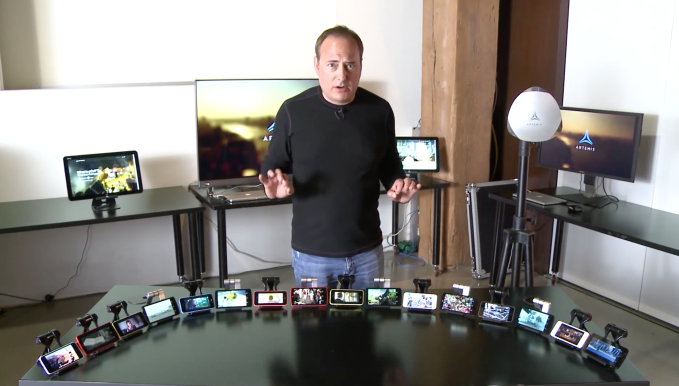 Despite billions of dollars invested in the LTE infrastructure pumping data to and from our phones at an astounding rate, wireless technology still tends to be one of the least impressive aspects of the experience of using a flagship smartphone.

While it’s not uncommon to play Full HD video to your phone when you’ve got a decent connection, it can feel painful to not even have the capability to send at tweet when your service goes to crap. Artemis is a San Francisco-based startup looking to change wireless with a new approach to sending data to individual phones and a new approach to building out infrastructure.

Artemis’s pCell technology uses small, router-like radio’s called pWaves. Rather than blanketing an area with signal as carriers do with towers today, Artemis’s radios focus on the receiving devices. Once you’ve got several in an area, multiple radios can points to any given mobile device, providing a more consistently fast experience — and it’s all compatible with devices built for the current LTE infrastructure.

In a new white paper, Artemis explains how its technology works in greater detail. If you’re not the technical type, then perhaps you’ll be more interested in how the startup plans to roll out its service.

Last summer, Dish Network filed with the FCC to allocate enough spectrum in the Bay Area to roll out some kind of service. Today, Artemis CEO Steve Perlman confirmed the startup is leasing spectrum from Dish for two years in order to “beta test” pCell technology in the real world. Deployment won’t require building significant infrastructure. Rather, Artemis will give pWaves to those willing to volunteer a balcony or rooftop in exchange for free service.

Perlman says installing a pWave is about as hard as setting up a satellite dish. Besides the responsibility of getting the device up and running in the first place, users also need a fiber connection — cable or DSL won’t do “because of consistency of service.”

Since pCell technology is compatible with LTE devices, trial users can just drop an Artemis SIM in existing devices and take advantage of the service when in range of pWave devices. Losing service outside of those bounds would suck, so Artemis is going to provide a fallback MVNO service on top of traditional carriers.

That roll-out is going to slowly ramp through the year. But in the meantime, Artemis has also lined up a deal with VenueNext, the mobile services provider for Levi’s Stadium, to deploy Artemis I Hubs in “high-density, high-traffic venues.” Each hub contains 16 pWave radios, which will offer Wi-Fi service using the same technique of pointing multiple signals at each user’s device.

Besides demonstrating how its technology beats traditional routers or tiny cells from carriers in dense areas, these trials will expose thousands of people (presumably some of them living in the Bay Area) to Artemis’s technology. If it does the job, Artemis ought to be able to expand at a faster clip, either by word-of-mouth praise or through better results to show to potential carrier partners.