Wooplr, a startup that is aiming to ignite social commerce in India, has closed a $5 million Series A funding round from Helion Ventures to expand its team and grow across the country.

Bangalore-based Wooplr started out as a social network for sharing fashion photos, but it has evolved into a discovery platform for fashion enthusiasts. It was founded in March 2013 by four ex-McAfee colleagues — Arjun Zacharia, Soumen Sarkar, Praveen Rajaretnam and Ankit Sabharwal — and previously raised a $225,000 seed round.

“We aim to deliver on the promise of social commerce — providing the right product, to the right user, at the right time,” Rajaretnam told TechCrunch in an interview.

Wooplr doesn’t let users buy items directly from its service (yet). Instead it lets users post pictures of their outfits, which are then surfaced and showcased to others, who are also given details of where they can go to buy them — both online and at offline outlets near them.

The service use a basic follower/following principle, with a sprinkling of suggested and curated content thrown in for good measure. For instance, the service personalizes suggested items and suggested users based on things like search history, current location items viewed, friends and more.

The startup counts around 100,000 registered users across its Android, Windows Phone and iOS apps — a desktop service exists, but the founders are focused on the opportunity in mobile. It said that 80 percent of its active users are women. At this point, all content has been added by users themselves, and there are products from more than 1,600 retailers at this point. 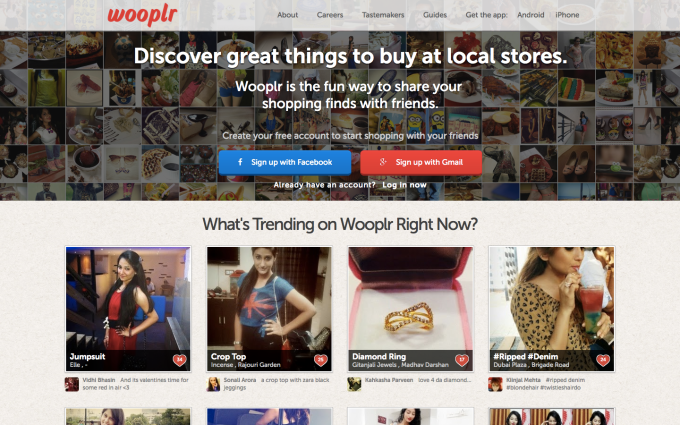 The startup is aiming to scale significantly this year, and it wants to break five million app downloads and 100,000 thousands retailers on the platform before the end of 2015. Its 25 person team is likely to grow to around 100 over that period, too, in order to scale “to as many cities and users as possible.”

Interestingly, the company said its mobile efforts will primarily be devoted to developing its Android app, which is the most dominant mobile OS in India based on market share. 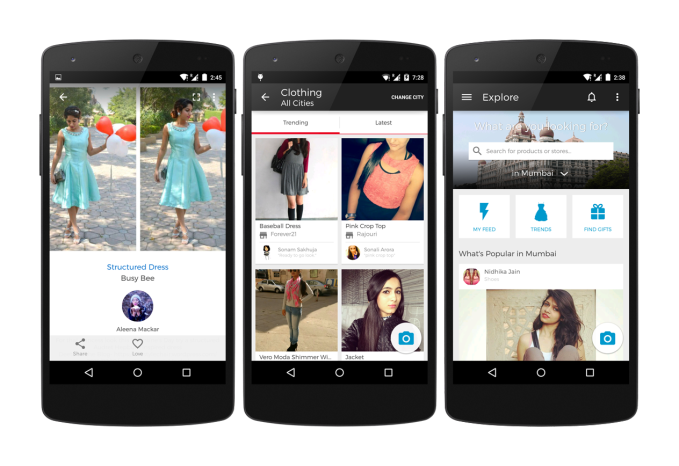 As for making money, Wooplr hasn’t yet turned on the monetization tap, but it did test the water with a limited trial among retailers. Selected partners paid $10 to have a ‘store-front’ inside the service. Rather than displaying their entire inventory, they were encouraged to showcase newer items and things that would appeal to Wooplr’s primary audience of females aged 16-30.

The company plans to use its experience from the trial to go after other money-making initiatives that serve both the Wooplr user base and retailers too. The fact that many brands and retails are already (perhaps unknowingly) present on the service — from users’ photos — gives them a good starting point when pitching.

There is also an ambition to move into payments in the future, so as to capture transactions at the moment of interest from its users.