Apple’s Photos app for OS X is actually available beyond the confines of Cupertino for the first time since it was revealed at the annual Worldwide Developers Conference held by Apple last June, and we got to spend some time finding out how it works and what it offers. I may be unique in the crop of those who’ve tested it so far, in that I come to Photos with essentially a clean slate: There’s no existing iPhoto library I need to migrate.

I am, by a strict definition, a “professional photographer,” in that my employer very frequently pays me specifically to take pictures. But I also have an incredibly lazy photo archive and management process, and I don’t really use any software to try to navigate the tangle (beyond dumping backups into folders). My iPhone is really the only camera I use for taking personal photos, and I’ve been content to use whatever on-device software Apple offered as stock on the smartphone as my only organizational solution for probably just about the past five years.

All of which might be why I love what I’ve seen so far from Photos for OS X. The app owes much of its design and organizing principles to its iOS equivalent, and that’s very good, but what’s immediately outstanding about the app is the speed. iPhoto opening on my Mac when I plugged in a new photo storage device or camera was cause for significant groans, as well as frequent beachballs, the spinning sign that you’ve done something wrong. Photos is new from the ground up, and that means it can ditch its legacy of sluggishness. Even its initial launch was heads and tails better than iPhoto chugging to life, but each subsequent opening was a positive revelation.

It did take a while to load up my iCloud Photo Library (which I’m using in beta), but not as long as you might images for an archive that has become quite large. And once it’s there, Photos really shines, giving me exactly what I want from desktop software for photo organization, which is something that requires zero human intervention if that’s what I choose to give it, and still presents me with something browsable, searchable and wonderful looking.

I’m very basic in my Photos use, meaning I don’t really do anything that requires additional effort, even if said effort is minimal. That means creating collections to share with anyone, or even producing Albums that aren’t automatically generated. What I love about Photos so far is that it respects that decision wholeheartedly, building some sense into what is, by my own admission, a horribly messy approach to photo taking. And because it makes most things so easy, I’m more likely to actually start sharing collections with others, and turn some valued photos into prints, and so on. 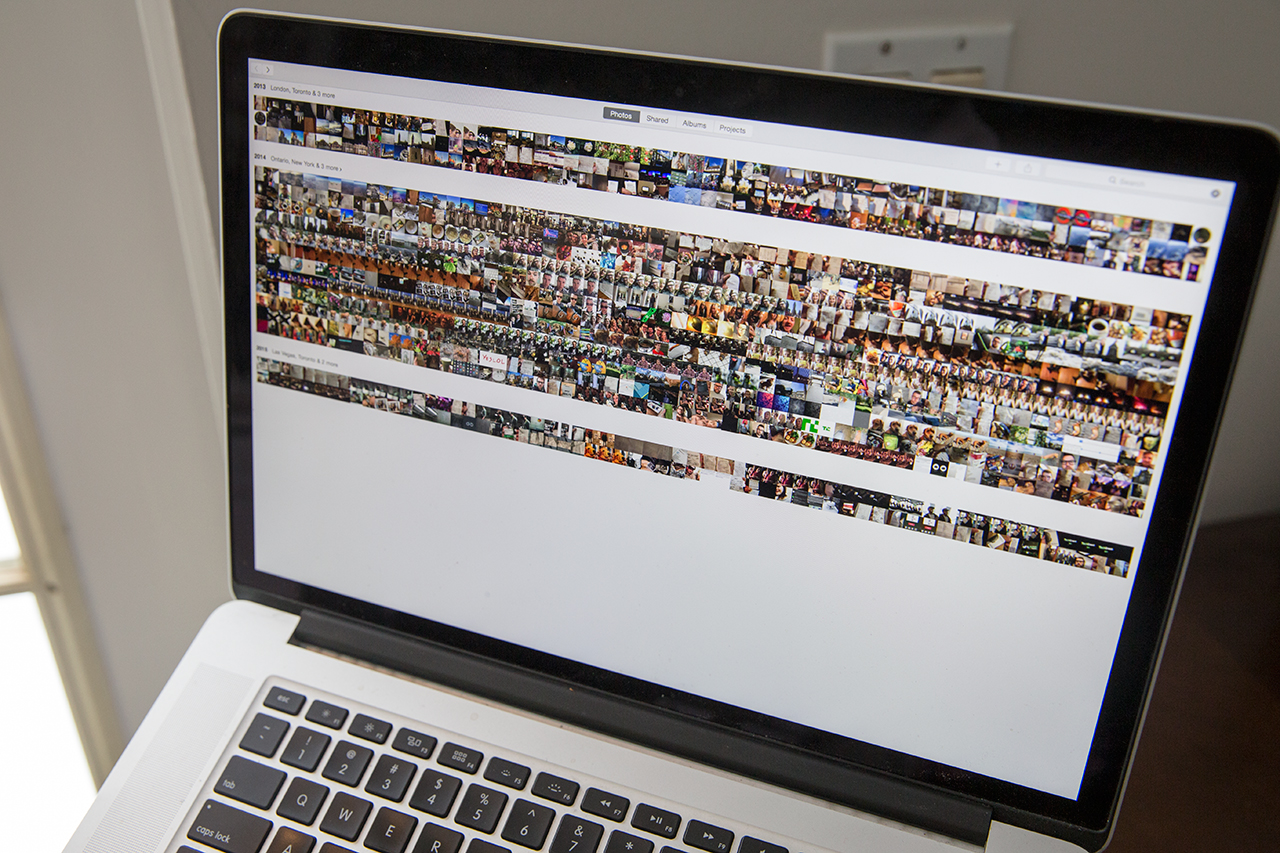 Photos also nails editing, in that they’ve surfaced the most useful tweaks and made them more intelligent (the one-click enhance is enough for the vast majority of situations) while still offering granularity tucked away where only those who need it will seek it out.

Apple changed photography essentially with the iPhone, making the process of snapping worthwhile images something that anyone could do, so long as they had an Apple smartphone and a means to tap a screen. With Photos, first on iOS and now on OS X, it’s creating a tool that offers the same kind of experience with managing your resulting collection. Photos definitely isn’t for pros, but it’s pretty much ideal even at this early stage for Apple’s more general audience, especially those like myself with collections that don’t necessarily predate the mobile era.

The app is in preview for developers only for now, as mentioned, but it should make its way to the public beta channel of OS X this spring, and then to the general user base as a free update to OS X.