3D Robotics, the largest U.S.-based drone manufacturer, today announced the launch of its open-source Tower flight control app for drone copters and planes on Android phones and tablets. The app gives users a few new ways to talk to their drones, but far more importantly, it offers developers a new way to build new features for drones into the app without having to reinvent the wheel by starting from scratch.

Previously, 3D Robotics (3DR) users worked with the company’s DroidPlanner app to control some of the advanced features of their drones, including auto-follow. Tower is essentially the next version of DroidPlanner with a couple of new features.

3DR pilots can use the app to program flights, circle around waypoints and use the company’s Follow Me mode and “dronie” feature to take photos and videos of themselves. The software also features a building mapper for creating 3D scans of large structures. This new version makes planning missions a bit easier — especially when it comes to inserting new waypoints into existing plans, which was quite a hassle in the old version. Next week, 3D Robotics will also integrate support for Droneshare, its site for tracking and sharing flights and pilot rankings (until now, this was only available in the DroidPlanner beta versions). 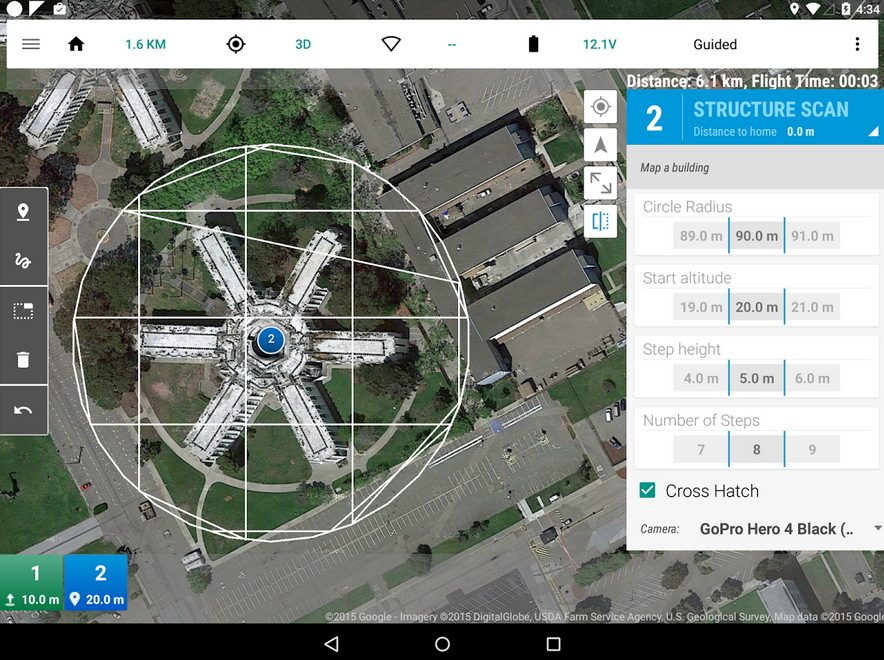 To show what developers can build thanks to Tower’s open drone APIs, 3DR itself built an Android Wear and Pebble app that lets you control some aspects of your drone flights from your wrist.

As Brandon Basso, 3DR’s VP of software engineering, told me earlier this week, the new app should work with most drones that use the MAVLink protocol. Besides 3DR, quite a few other drones use MAVLink in one form or another. While Tower may not work with all of them out of the box, it shouldn’t take a developer too much work to get the app to work with those drones.

“You could image a future where there are all these providers out there building apps for drones,” Basso told me. “And when they do that, they want 3DR to do the work of keeping the drone in the air, and they do the rest.” To make these new apps available for users, 3DR is also launching a new app that aggregates all of these third-party tools.