Editor’s Note: Ximena Vengoechea is a design researcher at Twitter, and Nir Eyal is the author of Hooked: How to Build Habit-Forming Products.

In his famed experiments, Ivan Pavlov trained his dogs to associate mealtime with the ring of a bell. Pavlov found he could elicit an involuntary physical response in his dogs with a simple jingle. Every time his bell rang, the dogs began to salivate. Today, the beeps, buzzes, rings, flags, pushes and pings blasting from our phones prompt a similar response. They are the Pavlovian bell of the 21st century, and they get us to check our tech incessantly.

However, as powerful as these cues are, people are not drooling dogs. Your product’s users can easily uninstall or turn off notifications that annoy them.

What makes an effective trigger? How can you be sure that the notifications you’re sending are welcome and lead to higher engagement instead of driving users away? Below are a few tenets of notifications that engage users, instead of alienating them.

Great apps create an instantaneous link between an emotional itch and the salve the service provides. To create this mental connection, effective messages are thoughtfully timed. There are two kinds of triggers: external and internal.

External triggers are cues in the user’s environment that provide information for what to do next. A button telling the user to “click here,” “tweet this” or “play now” are all examples of external triggers.

For instance, imagine you have a connecting flight and only 40 minutes to spare. As soon as you land, you’re worried about which gate to go to next and how long it will take you to get there. You turn your phone off airplane mode and, voilà, there’s a notification from your airline with all the right information. Your boarding time, gate number, and whether your departure is on time are presented at the moment you’re most likely to feel anxious.

Now you can get to your next connection without having to frantically scan one of the terminal’s crowded departure screens. By providing information at the moment the user is likely to need it, the app builds credibility, trust and loyalty.

For instance, notifications from WhatsApp make it easy for users to check the latest update on a thread and respond accordingly. Their notifications are simple and focused and instruct the user what to do next.

The intended action prompted by the notification can also occur outside the app. Google Now tells users when to leave for an appointment based on what it knows about their location, traffic conditions and mode of transport: “Leave by 11:25 am to arrive on time.” 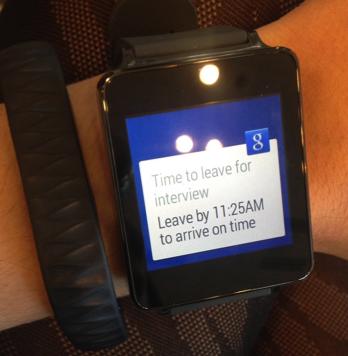 A bit of curiosity goes a long way when it comes to prompting specific, intended actions. Triggers entice users to swipe to learn more when there’s some mystery regarding what they might find if they do.

Timehop, for instance, sends a cheeky notification reading, “No way, was that really you?,” and prompting the users to open the app. To see the photo, users need to simply swipe. It helps that Timehop’s messaging is lightweight and humorous enough to be out of the ordinary.

Of course, if Timehop used the same copy every day, it would prove less compelling over time.   Variability stimulates curiosity, and can make a notification worth checking. The element of surprise or a bit of the unexpected can make users more likely to respond to a notification, so don’t send the same notification again and again. 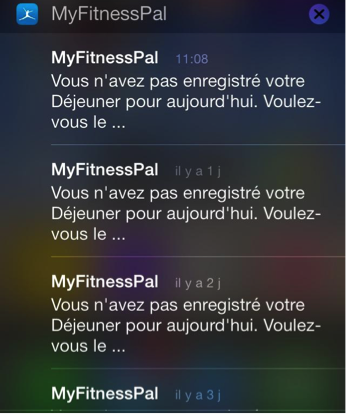 Building for the Ping

All of us experience the annoyances of poorly designed notifications and triggers. Irrelevant, ill-timed, or repetitive triggers grate on us like fingernails on a chalkboard. The worst offenders bear the wrath of fickle users who stop using, unsubscribe or uninstall products that don’t respect the rules of building good triggers.

By integrating thoughtful, interesting, and actionable triggers that are closely coupled with users’ deeper needs, designers can build notifications that people look forward to engaging with.