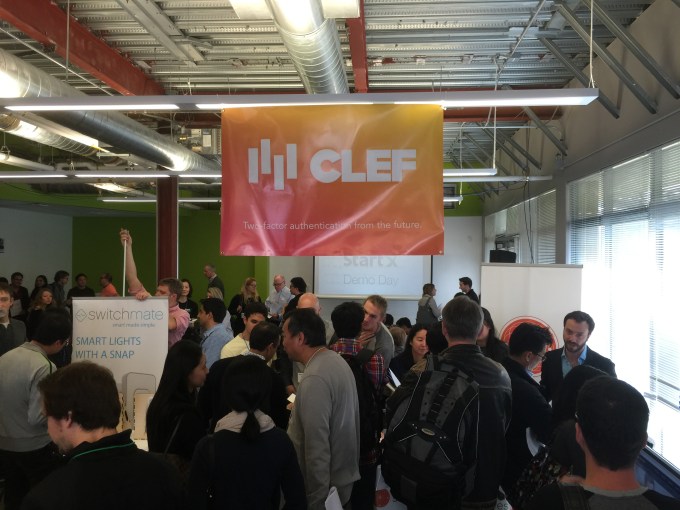 StartX, the Stanford-funded and affiliated incubator, just held its demo day for the Fall 2014 batch of startups at its headquarters in Palo Alto. The 20 companies presenting ran the gamut from Bitcoin and cybersecurity to open source machine learning.

In no particular order, here are the five startups whose pitches piqued our interest:

LightUp – Makes connected toys that teach kids the fundamentals of electronics and programming. Originally available via a Kickstarter that shot way past its funding goal, the startup now has kits for sale on Amazon and brags that it sold more than 4,000 kits in the last two months alone.

Clef – Two-factor authentication that doesn’t require bouncing between your laptop and phone to enter passwords and temporary numeric codes. Instead, it generates a wave form on your desktop, and using the camera on your phone, verifies that you’re actually present and on the computer.

Life360 – The biggest company in the class, Life360, has raised $76 million from VCs to date. With 75 employees based out of San Francisco, the startup has signed up 50 million families on its private network and has begun to partner with companies like Nest and BMW to build features that take advantage of knowing who’s in your family and where they are.

Vouch – Helps those with low FICO scores get better rates on loans by getting those in their social networks to vouch for their creditworthiness.