Last year, a couple of guys launched an app called Confide to enable ephemeral messaging for business users. The idea was to bring off-the-record mobile messaging into the enterprise but the app lacked a couple of key features that enterprise users need, like support for sharing documents and images.

That’s changing with the latest update to Confide, which will support sharing of all sorts of new content. Launching today, Confide’s newest version will allow users to send a wide range of different file types, including Word, Excel, PowerPoint, and PDF documents.

Users can attach those documents from the phone itself, or from any number of cloud storage services. Confide connects with Dropbox, Box, Google Drive and OneDrive, among others. They’ll also be able to share images from their mobile phone’s camera or photo library.

Users on the receiving end view files by scrolling down in the app, which reveals only a small portion of a document at a time. Users can pinch to zoom for more detail, but there’s no way for users to screenshot or forward documents that have been shared with them in the app. Like text-based messages sent via Confide, all images and documents are end-to-end encrypted and disappear after they’ve been read.

The team has also made some minor tweaks to the app to make it more usable. For instance, while you still “wand” over text to view it, Confide reveals a full line at a time so that you messages are a lot easier to read. The app also now recognizes email addresses, phone numbers, and URLs to enable users to save contact information or jump to websites without having to write them down by hand. 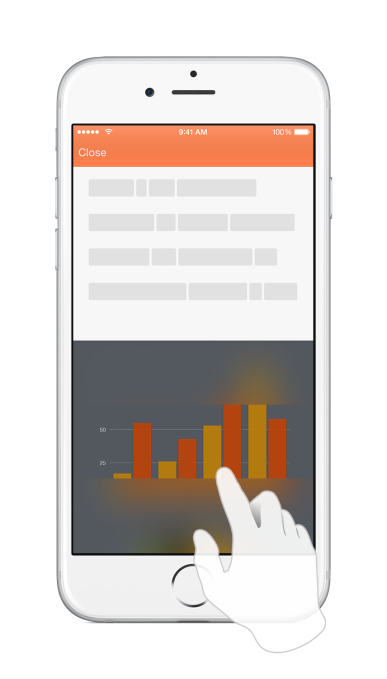 When Confide launched, it seemed like a cute way to take a popular form of consumer apps and apply it to the business world. But over the last year, we’ve seen plenty of reasons for enterprise users to adopt an app like Confide.

After all, just think about how much drama could have been avoided if Sony executives were not sharing how they really felt about the talent that starred in their movies via email. Or if Sony Entertainment CEO Michael Lynton had limited his communication with fellow Snapchat board member Mitch Lasky or CEO Evan Spiegel to discussions on the phone.

From a purely financial perspective, the hack has cost Sony at least $15 million. And indeed, the Sony hack led to a huge spike in adoption among Confide users.

Without sharing numbers, I was shown (“off the record”) a graph of Confide installs over the past year and I can tell you that things really picked up in December after Sony’s emails were leaked.

“The Sony hack really underscored everything we’ve been talking about for the last year,” Confide chairman Howard Lerman told me. Co-founder Jon Brod notes that since the hack, “every week has been a record week” for Confide.

As a result, they are bullish that even more enterprise users will begin to adopt it. So much so that they plan to roll out enterprise-grade features they can charge businesses to use. Shortly after the Sony hack hit, they announced Confide for Business, a premium version that will include things like address book integration and distribution lists, as well as better ways for an IT department to manage or administer accounts.

They still plan to keep the consumer version free, but believe there are certain features companies will be willing to pay for. Brod says they’ve already received inquiries from businesses across a wide range of industry verticals and geographies. Requests have come from 14 different countries, and include everything from small businesses to Fortune 500 companies.

Confide hopes to roll out those premium features soon. While they don’t have a date set yet, they expect the business version to be released sometime in the next quarter or so.