Leaked emails from the Sony hack revealed Snapchat quietly acquired a QR code startup called Scan.me late last year, and now we know why. Yesterday alongside Discover, Snapchat launched a new feature called Snaptags that creates a unique QR code for every Snapchat user. When someone points their Snapchat camera at a Snaptag, the app adds the corresponding person as a friend.

While unnamed in the UI, hacker Graham Smith sniffed the HTTP requests and found the code calls these QRs “Snaptags.”

The feature could solve a big problem for Snapchat: it’s a chore to follow people.

Since users find each other through often cryptic or goofy screen names, typing them in can be clumsy. Telling someone to “Go to Snapchat, go to add friends, and type in my weird name” is annoying.

Now you can just say “Point your Snapchat camera at this image” and boom, they’ve added you. If you want to try it out, here’s mine, which you can follow for cynical snaps and goofy skits about the crazy gadgets and startups I come across. 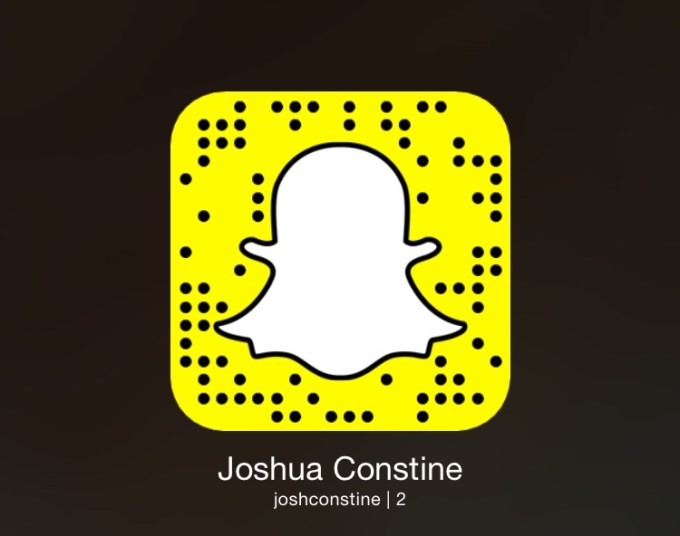 The feature works well if you see a Snaptag on your computer, but not on mobile since the laws of physics prevent you from photographing something on your screen. If Snapchat was smart, they’d find a way to let you upload screenshots of Snaptags from your phone’s gallery to add people, the same way Facebook Rooms’ screenshottable QR codes work.

Snaptags will be huge for Snapchat’s rapidly growing community of creators that use Snapchat Stories to entertain millions of fans. They can easily toss their Snaptag up on Instagram, Twitter or Facebook to score more followers.

Now it makes sense why Snapchat would want to pay $50 million for Scan.me, which built a system to connect QR codes to people’s identities.

Over the summer, Snapchat employee Steve Hwang emailed board members to tell them about an acquisition that would be “Super secret as usual (won’t be announced publicly),” of a company that “specializes in QR scanning/creation as well as iBeacon tech.” He explained that “7 engineers from Utah, will be moving out in the coming weeks.” 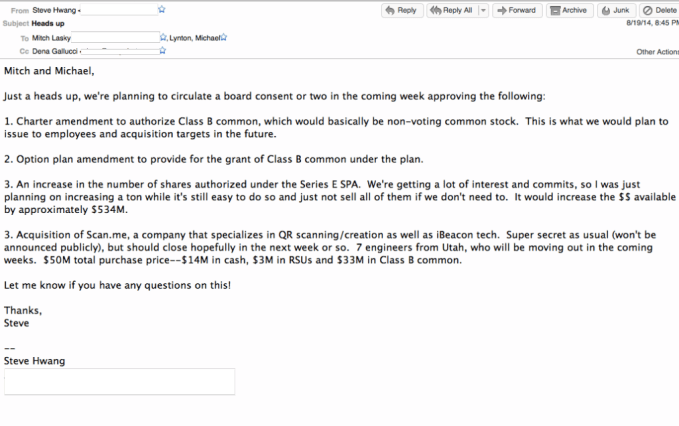 Snaptags and Discover have a similar goal of getting people to spend more time on Snapchat. Snaptags help you connect to more friends and creators so you have more stuff to look at. And just in case you don’t have many friends or can’t find stars you like, Discover’s content hub offers professional-grade entertainment in the form of photos, videos and news from outlets like CNN, Vice and Comedy Central.

Snapchat is often thought of as just a messaging app. Snaptags show its ambition to be a full-fledged social network.