Nimble HR, a company that provides subscription software to help firms recruit new talent, has raised a $250,000 round of capital that it would likely call pre-seed.

The company told TechCrunch that it is likely going to raise a full seed round, or even a Series A traunch, this summer. It’s taking less capital on now in expectation of raising at a higher valuation — or, implicitly, cap — later this year. Given the current slop in the venture capital markets, I agree with the company’s timing choices.

Nimble founder Darren Bounds left a previous post at SportsYapper around six months ago to work on the project, which was originally sourced out of a problem that he had in his prior role. As it turns out, hiring is hard, and most people do a poor job of it. We collectively know this having gone through the job application process at one time or another in our own lives.

Real Ventures, a Canadian venture capital firm, led the round. I presume that they will take at least pro-rata in the next. 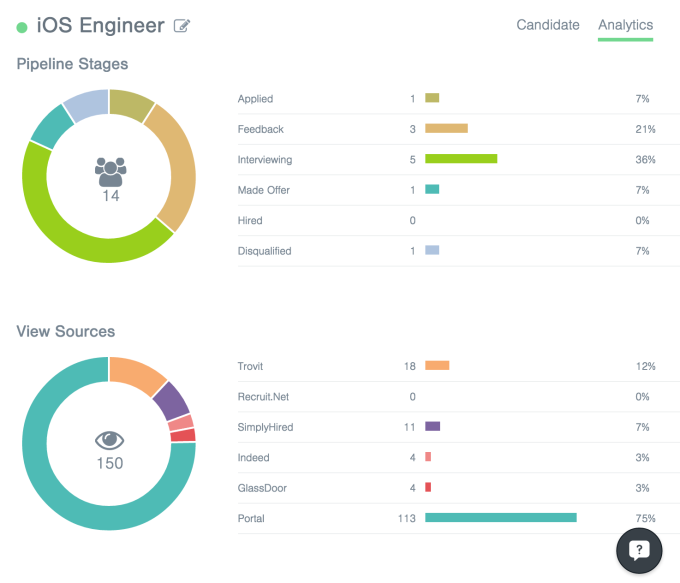 Nimble charges just under $80 per customer per month, putting its yearly ARR, presuming no churn either positive or negative, at around $1,000 per client. That should give Nimble enough LTV to its obvious CAC to hire a sales team inside of the next 12 months*.

(In the vein of disclosure, I have known Darren Bounds for a long time, and once created a silly web app with him — a tool to help you when you needed more than 140 characters — ages ago.)

Nimble joins a host of other companies, the most prominent of which is, of course, Zenefits, working in the space of people management for growing companies. Small and medium-sized firms often lack the proper tooling and services to manage their employees, and future employees, let alone their former denizens.

Nimble HR, which caught an initial buzz due to a post on Product Hunt, is betting that the current process of recruiting talent is so bad, you will pay for a solution. The company declined to provide on-the-record notes on its current client base, but indicated that it was seeing rapid month-over-month growth. It’s on the back of that, I presume, that the company raised and will hope to raise on again in a few months.

With its new capital, the company wants to expand its non-technical staff.

*If you don’t know what those acronyms mean, consider yourself lucky, and enjoy your real-world social life.

FEATURED IMAGE: Pier-Luc Bergeron/FLICKR UNDER A CC BY-SA 2.0 LICENSE (IMAGE HAS BEEN MODIFIED)