Oculus just premiered its Story Studio’s first virtual reality cinema experience “Lost” that’s designed to demonstrate the narrative potential of VR to filmmakers. The experience features a massive robotic hand traipsing around a darkened forest in search of its body. It proves that a simple, character driven story can be told in an immersive environment. Yet while adorable, the film doesn’t push the limits of VR much.

All the action takes place in front of you, with just one scene overhead. There’s not much to scan the environment for. It’s only barely interactive, and doesn’t require you to follow the action far out of a primary frame. If you look away, Lost just keeps on going. You’re stuck in one spot the whole time.

While the forest feels immersive in VR, the film could work just fine as a film, and that’s somewhat of a failure considering the point of Story Studio. 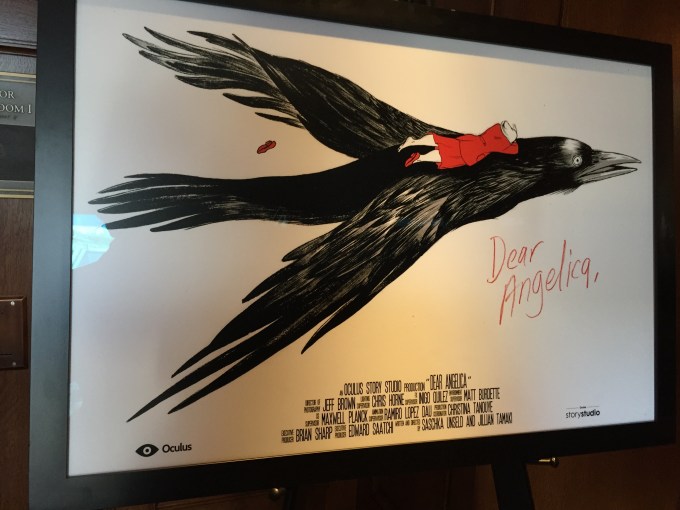 Beyond “Lost”, Oculus’ Pixar exec-led Story Studio has five more experiences in the works, including: “Dear Angelica” which puts viewers in a comic book, “Bullfighter” which puts you in the ring facing down a raging bull, and “Henry” which demonstrates the potential of comedy and empathy in VR through a hedgehog who loves balloons. External directors like Alberto Mielgo for Bullfighter will be tapped to oversee Story Studio projects. 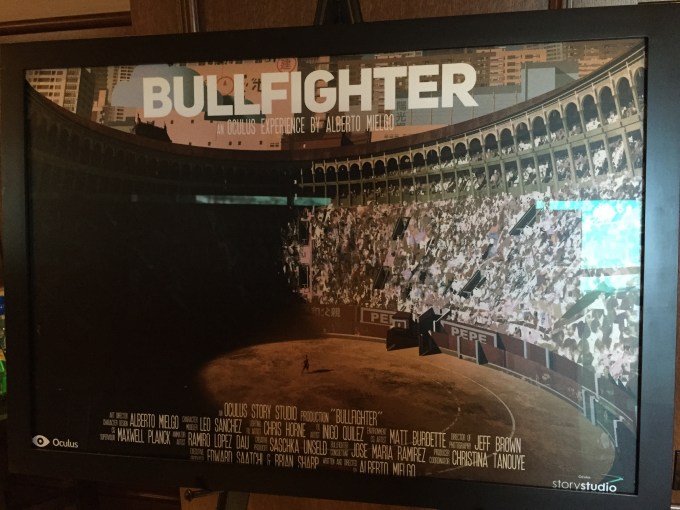 As I detailed in my launch story on Story Studio this morning, filmmakers aren’t quite sure how to build experiences in VR. The goal of the studio is to pioneer narrative VR and share the insights and experiences with filmmakers and the public.

Lost will be shown to media and guests today at Sundance Film Festival. Eventually, the plan is to make Lost publicly available alongside the launch of the first consumer-grade Oculus Rift later this year, potentially through Oculus’ experience store. 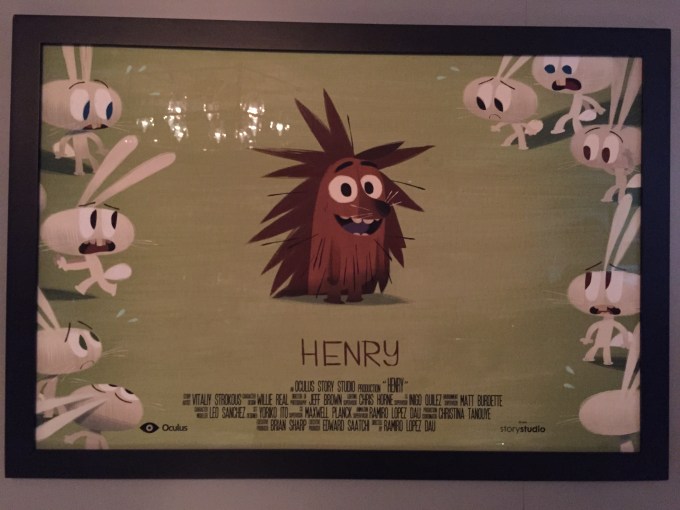 The narrative of Lost goes like this (spoiler alert): You appear in a darkened forest with fireflies flitting about around you, full moonlight shimmering through the trees. In the only interactive part of the feature, you can bob and move you head around while an inquisitive lightning bug follows you.

You’re left to soak in the scene, listening to the almost ominous quiet of the woods at night. Suspense builds as you await something to happen. As with anything reminiscent of a horror film in VR, it’s easy to worry something might sneak up behind and scare you.

When a mechanized beep starts to echo through the trees, you can only assume you’re about to be confronted with a terrifying robot. But what stumbles out of the flora is the severed hand of a giant robot, with the personality of a lost dog. It sniffs around, walking in circles searching for clues before it notices you. As it approaches, you’ll want to take a step back. And since it’s being shown on the Oculus Crescent bay which allows a few feet of motion tracking, you actually can. 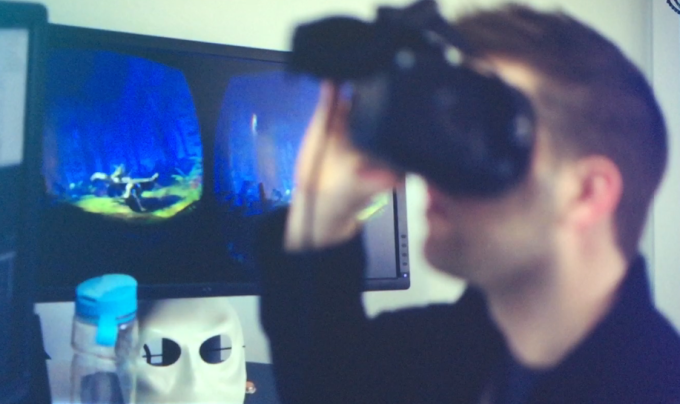 A man watches Lost. In the background on the screen you can see the clearing where most of Lost’s action takes place.

Once the hand gives you the once over, it bumbles back into the clearing ahead of you. Suddenly, it starts beeping more vigorously and waves its “tail” that would connect it to a robotic wrist. In the distance, you hear a rumble, and if you turn to look, you’ll see a giant robot lumbering through the forest, crushing trees underfoot.

As it gets close, pushing through the branches, you’re showered with leaves fluttering down from above. The robot towers above, making satisfying use of the ability to slowly look up and take in its size. Once reunited with its hand, the iron giant presses its enormous light-up smiley face up to yours. “Herr rowww” it grumbles into a curious, rusty voice. And the screen goes dark.

To make sure I caught everything, I ran through Lost three times. At the behest of Story Studio’s producer Edward Saatchi, I did my final demo sitting down. Thanks to Crescent Bay’s superb head tracking, you can actually get all the way down to the forest floor, peering through bushes or staring into plants. Saatchi tells me that “For months we watched Lost standing up. Then one day we got an email from Saschka [Unseld, creative director of Story Studio] saying ‘Try it sitting down cross-legged.'” Soon, crawling around became the preferred way to see Lost amongst its creators.

Many Boundaries Left To Push

Saatchi explains that “A lot of stuff we’ve seen in virtual reality felt like empty sets with no characters, just environments that you were in.” That’s why he thinks Lost is a success, even if it doesn’t make use of every quirk of VR. “The thing that’s most easily missed is the most important: we told a story in VR.” The early motion pictures were simple too.

In terms of polish, Lost is worthy of the Pixar guys who made. The animation is gorgeous, smooth, and stylish. It will certainly convince film studios and directors that triple-A premium VR experience have potential as big as Lost’s robot. It ports over a classic Pixar trick of making you think something scary will happen only to then bombard you with cuteness.

Lost only occasionally makes smart use of the ability to look around, though. Disappointingly, if you look away from the action, it just keeps going without you but there’s nothing else to really look at. There’s no way to change your vantage point and explore the environment around you. While the firefly reacting to your movements is a delightful touch, it doesn’t fundamentally change the experience. 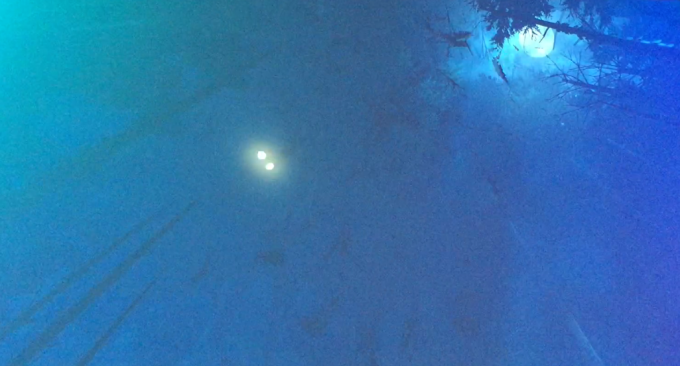 Look up at the end of Lost, and you’ll see the giant robot with its glowing eyes bounding through the moonlit trees

If Lost was the first piece of VR you saw, you’d certainly find it impressive. Saatchi tells me “No one remembers the physical hardware. They remember the connections they’re making. You’re in a work of art, you’re not in a hardware demo.”

But it won’t blow any minds amongst those familiar with VR. And compared to Chris Milk’s wondrous new art piece Evolution Of Verse, it doesn’t convey the infinite possibilities of how VR can transport our minds.

The Story Studio team, like most VR content creators, are still experimenting. Oculus CEO Brendan Iribe prefaced the demos by saying this is “early days”, “we’re just scratching the surface”, and “there’s a long road ahead”. Still, I would have liked to see more innovative use of 3D space and 360 views than just setting the scene and a few head tilts. 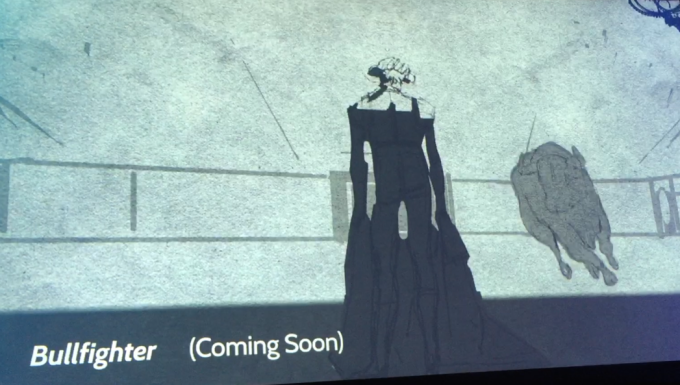 Filmmakers new to VR may learn a bit about getting outside the traditional rectangular frame. But those scenes with the hand or full robot emerging from the brush to sides could be replaced with traditional film cuts.

“We’ve tried filmed approaches, but we needed to forget everything we knew about film and start from scratch” Unseld said at the Lost premiere. “It’s not an enhancement of cinema like IMAX. It’s something completely different.” Alright, then show it.

Hopefully the future Story Studio productions will give viewers some agency over the experience, let them get off the rails and explore, hide easter eggs in the periphery, and feature multiple points of action so you can’t get the whole narrative at once. Those are concepts truly foreign to filmmakers. If Story Studio can prove how they enhance storytelling, it will really get artists’ minds moving.