Music, music everywhere, but what song should I pick? Dance music fans have it particularly tough when it comes to discovery. Spotify’s 100% legal catalogue lacks tons of cool, unofficial remixes and mixsets, while SoundCloud’s limited curation make sorting through the jumble of sporadically released tracks a chore.

If only someone would build a Digg/Reddit/Hacker News/Product Hunt for electronic dance music.

Well someone did. Twitch/Exec co-founder and Y Combinator partner Justin Kan tells me “I wanted something to create a constant stream of new electronic music tracks every day.” 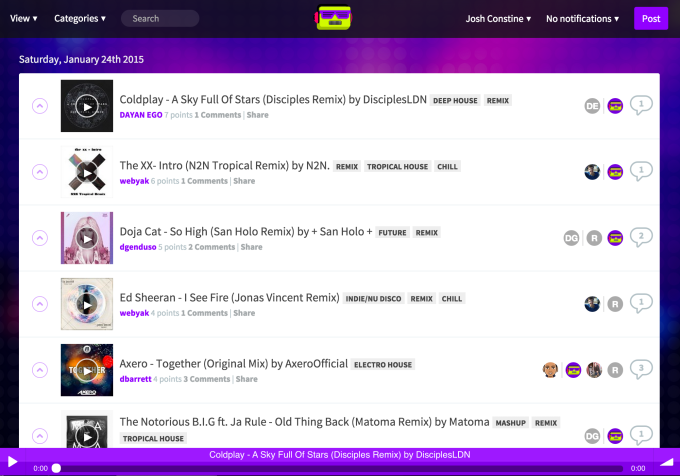 Originally, the plan was for Kan to pick out one killer jam and share it as a downloadable MP3. But when he pitched the idea to me over Twitter DM, I responded “Does anyone download music still?” I got no response. 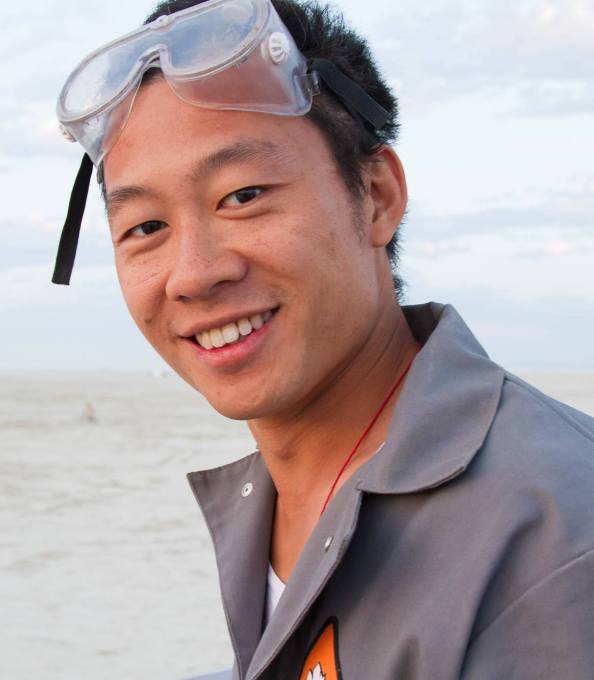 Justin Kan, of The Drop, Twitch, Exec, and Y Combinator

Two weeks later, Kan had reimagined The Drop as a streaming site at TheDrop.club curated by the community. He finally replied saying our DMs had inspired him. “When you asked if people downloaded music still, I realized the answer was no and changed my idea.”

Built on open-source curation interface Telescope and the SoundCloud API, The Drop lets you stream through a list of the day’s most upvoted tracks submitted by other users. To add one, you just copy in a song’s SoundCloud link. You can also switch to see more recent or all-time best beats, and drill down into genres like dubstep, trap, indie/nu disco, or tropical house. A warning, though. If those genre names sound totally foreign, or you don’t enjoy industrial wub wub noises or piercing synth lasers, The Drop might be a bit Turnt Up for you.

“I don’t think it’s ever really going to make money. It’s not a business, it’s just site. I don’t think the music business is a very good business to be in” Kan admits.  With a chunk of the $980 million in cash that Amazon paid for his video game streaming site Twitch in his pocket, money isn’t really a concern for this guy. “I’ll be happy if it just sources me good music for a long time. I do want more people lot use it so I promise to keep it around for a long time.”

Kan’s already found one his new favorite bangers on The Drop: RL Grime & WhatSoNot’s “Tell Me”.

Hopefully all the unofficial remixes will stick around too. As SoundCloud tries to become a more squeaky-clean legal service, this gray area music could be in danger of getting removed for copyright infringement. It’s already being completely omitted by services like Spotify.

While their labels might not like it, producers of the original tracks that get remixed recognize the promotional potential of these renditions. Kan says “Electronic music is the first genre to realize how to use the music for marketing something else, which is playing festivals and club nights where they really make money.”

Bringing upvote-style curation to music could fill the gaps left by the big streaming services in a time when we need curation more than ever. The democratization of music creation and distribution tools have led to an explosion in quantity but not necessarily quality.

Everyone shoul feel empowered to express themselves artistically. It just means there’s a lot more to dig through. Crowdsourced curation like The Drop makes it possible to sift out potential superstars from the DJs who should probably stay in their bedrooms.