A company offering a marketplace where consumers can buy and sell their unused gift cards, Raise.com, announced this morning it has taken in a sizable $56 million round of Series B funding, led by New Enterprise Associates (NEA). The additional funding, which brings the company’s total outside investment to $81 million, comes after a period of rapid growth following the release of Raise’s mobile application just ahead of the 2014 holiday season.

Also participating in the round were prior investors Bessemer Venture Partners, the Pritzker Organization, Listen Ventures and several individual angels.

Founded in 2013, Raise.com initially offered its marketplace on the web, offering consumers a place where they could unload their unused or partially used gift cards or buy others’ unused gift cards at a discount. Raise doesn’t get involved in the transaction, but facilitates the connection between the buyer and seller through its service – and takes a 15% commission on gift card sales.

Buyers are also able to set their own pricing, something which makes it appealing to those who want more control over their gift card sales, versus competitors’ websites.

By November, Raise had already grown its service by over 500% since it raised its Series A the year prior, and reported hundreds of thousands of customers had either bought or sold cards from around 3,000 brands via the site to date.

It then released a mobile application that made it easier to both list and purchase gift cards on the fly, and this helped the company grow substantially over the 2014 holiday shopping season. Going mobile also brought in a new type of customer to Raise, says CEO George Bousis. While before, website users had more a “saver” or “planner” mentality when it came to their purchase of gift cards, mobile users were purchasing cards just ahead of their use at point-of-sale.

“We’re getting people who are visiting the stores or who are in-store that are buying the cards and using them instantly by scanning their mobile device,” he says. “So we’re actually seeing transactions happening with mobile users multiple times a week.” 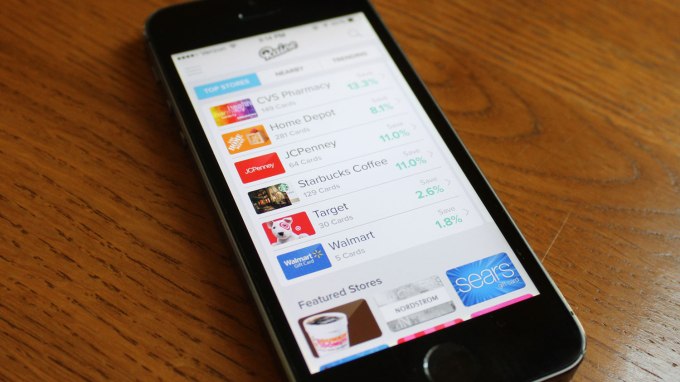 While Bousis declined to say how many total users Raise has today or how much revenue the company generates, he did attribute much of Raise’s growth, traction and the subsequent interest from NEA to its mobile adoption.

The native app, which is currently iOS-only (Android is a couple of weeks out), already contributes to 20% of company revenue and now accounts for over half of the card listings on the site.

In addition, in 2014, the company sold over a million gift cards, and between November and the end of the year, Raise grew over 50% in revenue and other metrics. And user growth quadrupled.

While much of that growth could be chalked up to holiday shopping season, things haven’t slowed down, Bousis says. January is now outpacing December in “double-digit” percentages.

The company plans to use the additional funding to expand its executive, marketing and engineering teams – the latter which is set to grow to account for about half of the business, while continuing to invest in R&D to make the service faster and easier to use.

The company also plans to increase its marketing spend, focusing on brand awareness and user education with investments in SEO, SEM, display ads and even print, radio and TV commercials.

Longer-term, Raise is working to develop services for retailers that will allow it to tap into the aggregate, anonymized data provided by shoppers.

The company has signed deals with over a dozen undisclosed retailers so far who are interested in the sorts consumer shopping insights Raise can provide. These companies, in the next year or so, may be able to work with Raise to target specific customer demographics with offers and deals via the app, which are designed to increase conversions and overall spend at point-of-sale. 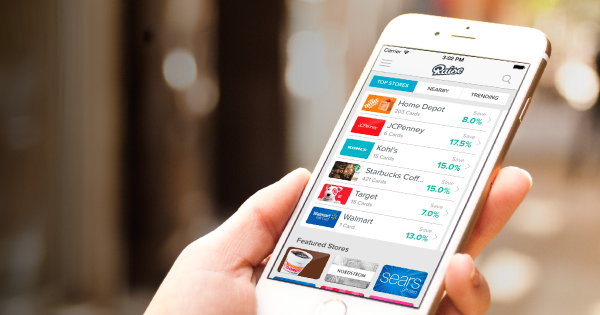 As for Bousis, he believes Raise’s growth can be attributed to many factors, one of which is timing. The app arrived as mobile payments have really begun to take off, and the use of digital gift cards is on the rise, too. Plus, he adds, “one of the biggest things that people underestimate is the power of a true marketplace that’s completely C2C [customer-to-customers].”

Raise investor Tony Florence of NEA agrees, adding, “Raise is helping organize online a massive market which exists offline, and is injecting trust and integrity into a marketplace that allows consumers to engage with minimal friction and seamless execution.”

He also notes that Raise.com is one of the fastest-growing companies he’s seen. “Their incredible to date traction validates there is a strong value proposition for both sides of the marketplace, and they spend next to nothing in marketing yet are doing double-digit monthly growth…It’s a product category that touches all consumers, is global, and is highly strategic for brands and retailers so it’s a growth channel. “