Jibo, the company operating at the intersection of artificial intelligence and the automated home via its eponymous family-friendly robot, said it has raised a whopping $25.3 million in its latest round of financing.

Jibo’s been touted as the family-friendly face of robotics since its launch last year with a massive media blitz and a hugely successful Indiegogo campaign.

The company’s latest money (a Series A round for those of you who care) was led by RRE Ventures and included the lead seed investor CRV. Additional investments came from previous investors Fairhaven and Osage University Partners alongside new investors Flybridge Capital Partners, Two Sigma Ventures, Formation 8, Samsung Ventures and several angels.

According to a statement, Jibo will use the financing to fulfill orders on its Indiegogo campaign, which has seen the company take in 4,800 orders for its little robot; as well as aggressively hire more staff, develop new prototypes, and encourage a developer community to create new apps for the company’s first product (still little more than a dream in its founders’ eye). 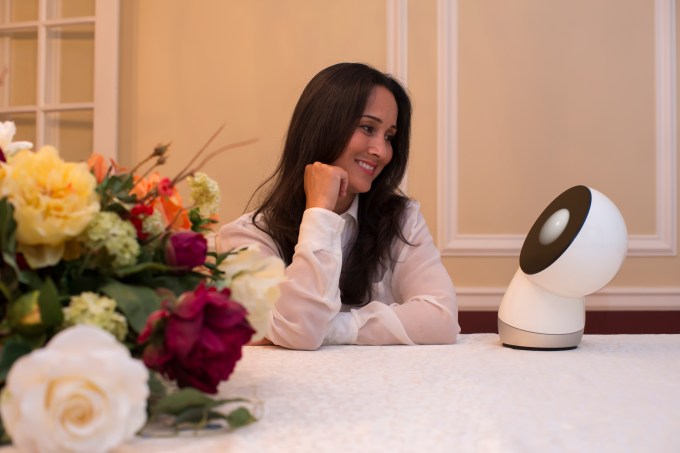 Jibo raised $2.3 million in its crowdfunding campaign with 5,000 people committing funding for the project,

Jibo (the company) started fundraising for the Series A round in October, according to Chambers, and financing came together relatively quickly.

“Social robots engage people unlike any other technology,” says Breazeal. “You experience Jibo as a someone, not as a something. We live in a world where our devices provide us with a lot of data and the human engagement side is missing.”

That’s what the two founders aim to bring with Jibo, a social engagement hub for the family revolving around their little robot’s artificial intelligence — and connecting people with the digital world surrounding them. “Let’s stop thinking as robots as a labor device but let’s think about it as a really powerful platform for data,” says Breazeal.

Based on her own research into robotics at MIT, the argument for Jibo rests on its personalization. “A lot of what my work has sown over the years is that the physical presence matters not just for robotics,” says Breazeal. “If you look at the specific use cases, like learning, or behavior change around diet and exercise programs, the physical embodiment of something is critical.”

Initial applications include video chat, a security feature that the company’s currently working on, there’s a reminder and list-maker app for the home, and a storytelling feature, which brings Teddy Ruxpin into the 21st Century.

In some ways, consumers can look at Jibo as yet another high-tech shot across the bow into their connected home. That’s going to put the company up against some massive public rivals like Google, Samsung, GE… actually pretty much any manufacturer of consumer electronics (and some that don’t). Think of Jibo as the Jetsons’ version of the future vs. Google’s Nest (which sort of reminds me of HAL from 2001).

“There is a category we feel we’re pioneering in social robotics,” says Chambers. “We think Jibo is going to establish and break through. It’s distinctive from a toy, from an industrial app, and different from an appliance robot.”

To get a feel for Jibo, here’s a clip from our hands-on with the prototype last year: