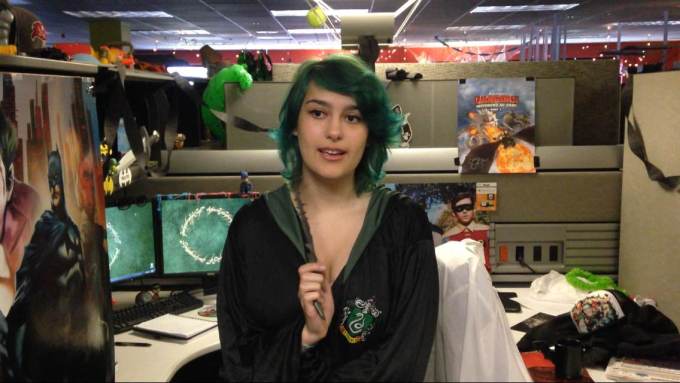 Paulina Raguimov never expected to get paid to make video games when she walked into her high school’s career fair at 16.

She played them, sure. But when she walked up to the JumpStart booth to chat about the internships they had available, she had absolutely no experience with making games. “I didn’t even have a resume, I had only just become eligible to get a job at all,” she told me last week.

Despite that, she liked what she heard and applied for the position. When she got to the interview, they didn’t ask about her lack of experience or place too much emphasis on her grades, instead focusing on her interests and personality. “I got lucky,” she says. “I was the worst student until I got the job.”

Raguimov’s first role at JumpStart was as a production intern. Her responsibilities included quality assurance, the job that sounds appealing when you’re 12 but in reality is incredibly dull: endlessly playing games to find their bugs. She was taught to use bug-tracking tools and how to update the game studio’s documents.

The team also made time to teach her how to describe gameplay mechanics in a design document and to use their custom tools built on top of the Unity game engine. Nine months after starting at the education game studio, she was struggling in her chemistry class when something clicked.

She was looking at the periodic table and its grouping, thinking about Match-3 games (she had been playing a lot of Candy Crush), when she had the epiphany that she could combine the concepts to teach the basics of chemical groupings and reactions in a fun way.

She started building out the concept in her own time, using what she had learned on the job to piece together a 30-page design document. She showed the idea to the studio’s curriculum designer, who really liked it and passed it up to her boss. Who then passed it to the CEO of the company. “Suddenly,” Raguimov says, “it was a top priority to get it out.” As this was happening, the studio promoted her from intern to production assistant.

Raguimov and a team were given about two-and-a-half months to roll the game out. It wasn’t going to launch as a standalone title; instead, the team built it as a mini-game within School of Dragons, the studio’s massively-multiplayer online game based on Dreamworks Animation’s “How to Train Your Dragons” universe. 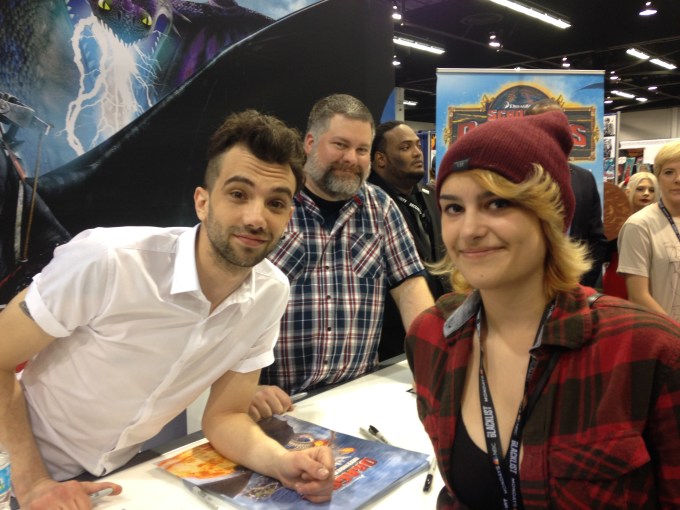 Paulina got to meet “How to Train Your Dragon” star Jay Baruchel at Wondercon.

It killed it. A month after the mini-game’s release, JumpStart CEO David Lord decided they were going to commit even more resources to the concept. It would be a full-on mobile title, with actual level progression and some of the more complex gameplay mechanics Raguimov had thought up in her original design document but weren’t feasible to quickly build into the first release.

The team didn’t simply take her idea and run with it, either. She got to lead the creative side of the entire project: while she spent time constructing levels, artists would come to her and ask, “Hey, does this match up to what you were imagining?” Raguimov gained experience managing a team of remote programmers, who she would send GIFs and videos to illustrate exactly how the game should feel to play. “It felt awesome to have all that responsibility,” she says. “I’ve been craving it ever since.”

The end result was How To Train Your Dragon: Alchemy Adventure. Out since fall, the game still gets updates and has received an average of five stars from reviews of all versions on the App Store. 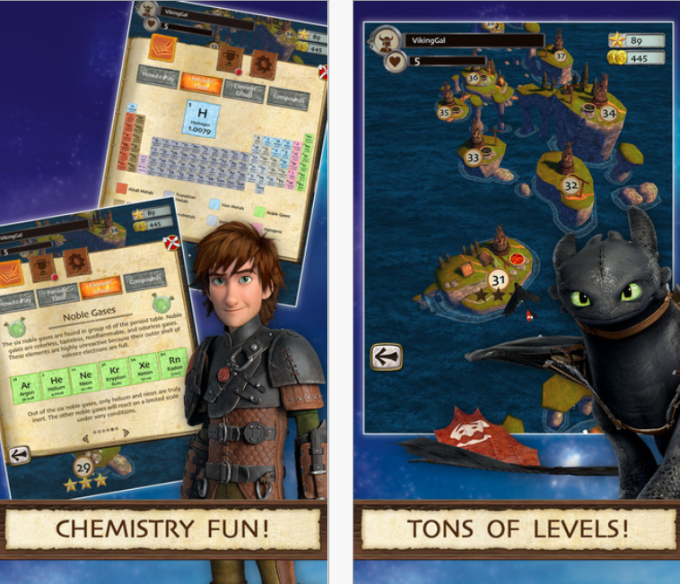 Raguimov is officially a Game Designer at JumpStart, working on the studio’s upcoming flagship title. She can’t give any details about it, though she did say, “After a year on that last game, I couldn’t look at Match-3s for the longest time.”

Now 19, she’s working at the studio full-time. She tried to apply for a college program that she could do while still keeping the job, but was turned down for the student loans needed to afford the classes. While she says college could still be in her future, she’s happy to keep gaining actual experience at the job she’d like to do going forward.

Down the road, Raguimov hopes to start her own game development studio. She already knows the kinds of games she’d like to make. “Mobile is always a good place because you can reach so many people. But I also like handheld games on the 3DS and PlayStation Vita. They’re great platforms for the games I like: RPGs, beat em’ ups, hack n’ slash. I really like puzzle games with RPG elements on mobile.”