AfterMaster is like having a team of audio experts come in and fine tune your home stereo, TV, or headphones. The new AfterMaster chip optimizes the sound quality from any device, enhancing its fullness and clarity. Essentially, it makes audio sound much richer, like you were listening to uncompressed master recordings on super high-fidelity audio equipment, even if you’re just streaming Spotify through some desktop speakers.

Eight years after the company was founded, AfterMaster has partnered with ON Semiconductor to put its technology onto a tiny microchip that can be built into any device. And superstar Justin Timberlake has just become a co-owner of the company, which should give it a popularity and distribution boost.

We visited AfterMaster’s suite at CES to listen to how much better music and TV sound through its technology. We heard the same tracks played with and without AfterMaster to analyze its exact impact. You can check out the video up top. 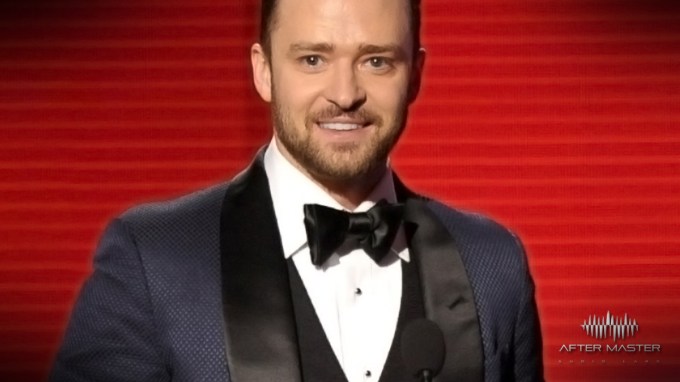 I’d like to think my opinion of audio has some validity. I’ve taken tests that check if your ears are good enough to tell the difference between high-definition vs compressed audio and passed with flying colors, and have been a DJ since I was 15.

From the demo, I’d say AfterMaster gives mid-tones a richer, more textured, robust sound like listening to an album on vinyl rather than a cassette tape. It teases out instruments and tracks so they sound more sonically and spatially differentiated. AfterMaster’s processing can also give sound a less echoey, empty vibe typical of big arenas.

On the negative side, I did feel like the high-tones got a bit muddier, and vocals were absorbed into the mix rather than riding on top. It can also leave some residual sound after bigger bass hits.

The AfterMaster chip works by processing the audio in real-time and tuning it depending on the characteristics of the device. Larry Ryckman, AfterMaster co-founder and engineer on albums by Madonna and Michael Jackson, tells me the chip can counteract deficiencies in audio devices, such as headphones that are too bassy, or small speakers that sound tinny in the high frequencies.

Overall, AfterMaster definitely improves sound on the surface. Some audiophiles might take offense to it messing with what an artist created. But considering how often we listen to music on crappy speakers or headphones, Timberlake might have been smart to jump on a company trying to save our ears.