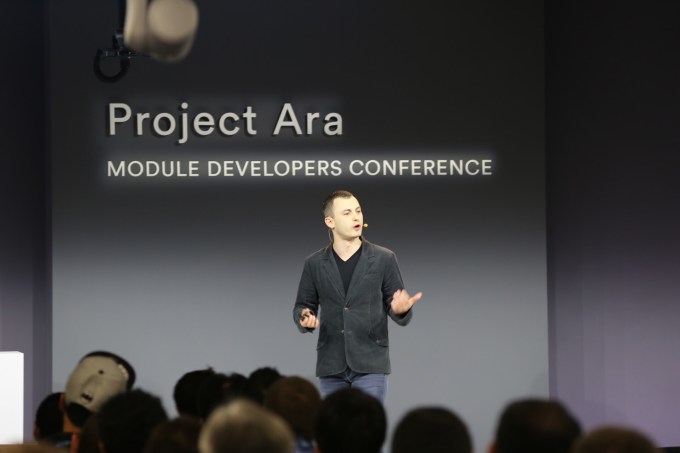 Today Google announced that it will launch its modular smartphone, known as Project Ara, with a limited market pilot in the US territory of Puerto Rico later this year.

In a session at the Project Ara Module Developers Conference at Google’s campus in Mountain View, Project Ara Director Paul Eremenko laid out the logic for a limited release outside of the tech haven of the Bay Area.

Eremenko described the Puerto Rican mobile user base as diverse, with entry-level phones matching the high-end 1:1 in terms of sales. They’re also mobile-first, with 75% of Internet access taking place via mobile devices. It’s also still within FCC jurisdiction, meaning it can still work out the regulatory approach to building and marketing the device while working within a more manageable market.

Google has also partnered with all 11 schools in the University of Puerto Rico system to bring together Google’s Advanced Technology And Projects group with researchers and labs in Puerto Rico who want to experiment with building modules for Ara.

Google won’t be selling Ara devices in Puerto Rico all by itself. Eremenko announced that Ingram Mobile will handle retail logistics for the pilot while OpenMobile and Claro will serve as carrier partners.

We also got an update on Project Ara’s hardware itself. Today Eremenko quickly ran through the specs for what Google is calling “Spiral 2” of the Ara hardware timeline. There are two application processor modules available for the current version: one from Marvell and one based on Nvidia’s K1 (variants of which power the Shield tablet and the Nexus 9). The screen currently in use sports a resolution of 1280 by 720, and cell connections are enabled by a 3G radio. 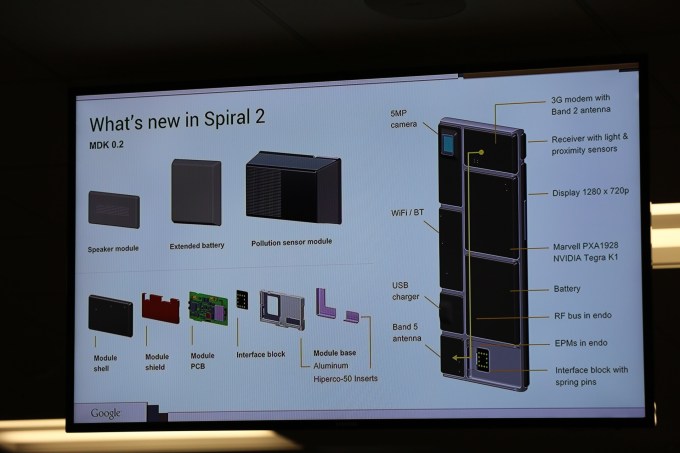 Looking forward, Google acknowledges it still has quite a bit of work to do before Ara is really consumer-ready. Eremenko says that Spiral 3 of Ara’s hardware will bump up the radios to 4G LTE while carving out more space on the “Endo” skeleton for larger batteries. While that will also allow for other big modules down the road, Eremenko made it clear that battery life is a challenge for Project Ara, with current devices taking a “20-30% hit” compared to traditional smartphones with similar specifications. By Spiral 3, Eremenko says Google is hoping Ara’s battery will last “all day.”

Google also hopes to double the number of modules available for swapping in and out when it brings out Spiral 3 later this year. At the moment there are 11 functioning modules built; by late 2015, Eremenko says there will be somewhere in the range of 20-30, including the aforementioned LTE radio and a “state-of-the-art or better” camera.