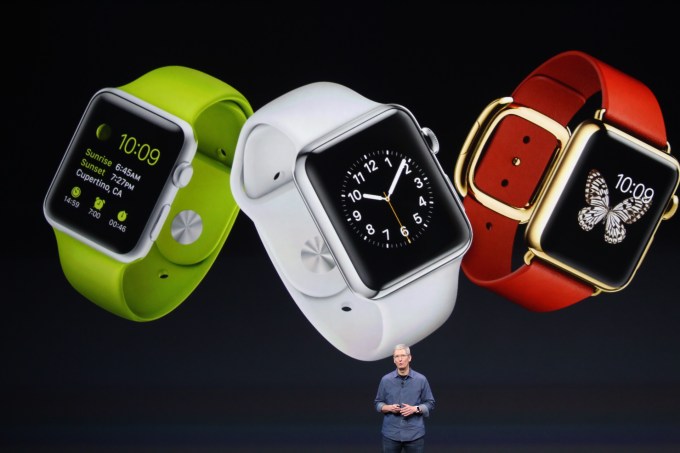 At some point in the next few months (“Early 2015” can’t push much past March, can it?), Apple will release its Watch, likely defining the high end of the wearable category.

The Apple Watch is, in hindsight, exactly what Apple would make when entering a new category: a general purpose computer trimmed down to the essentials needed for its particular form factor. It shares its industrial design with its bigger cousins in your pocket, likely shares the same underlying UNIX operating system, and starting this year will even have its own native apps.

Analysts think that it’s going to sell somewhere in the range of 30 million units in its first 12 months — nowhere close to the range of the iPhone or iPad today but still incredibly impressive for the wearable category overall.

Analyst predictions of Apple sales can always be taken with a grain of salt, but especially so in the wearables category, where no one really knows anything yet anyway.

We only bother looking at analyst predictions because they are a reflection of broader expectations for how the Apple Watch will do. Despite launching well after Android Wear and Samsung’s very early attempts at making smart watches, consumers and Wall Street alike seem to be looking at the Apple Watch to set the tone for the wearables market in the same way that the iPhone and iPad did for smartphones and tablets, respectively.

Why the expected success, in the face of competition whose devices offer roughly the same functions?

If you take a look through the Watch Kit Apple released to developers back in November, the apps iOS developers can make for the Watch today are not far off from what’s available on the Android side of things. At launch, there’s going to be a lot of actionable notifications and functions that work in unison with apps on your phone.

So why does everyone think the Apple Watch is going to do so well compared to the current slate of smart watches available on the market?

First, there is a matter of momentum. Apple has spent a lot of time capturing a market, teaching them the benefits of their ecosystem and locking them in. A certain segment of those people will buy the Apple Watch regardless of what it may or may not do for them. 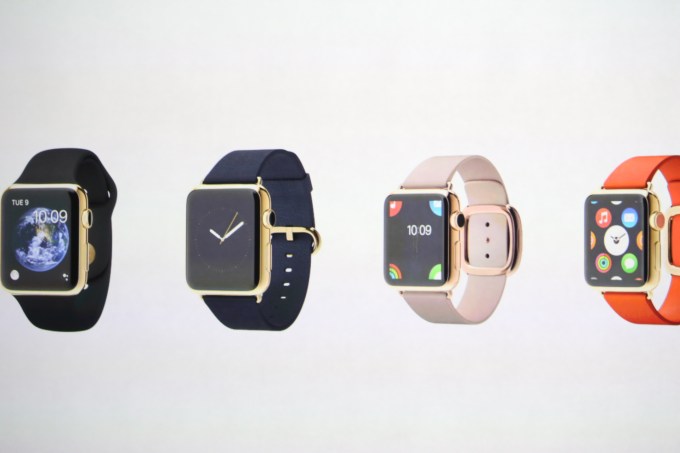 Millions of people will buy the Apple Watch because just owning it will seem cool.

Independent analyst Neil Cybart captures that rather well in this blog post. Basically, people will project their own reasons to be interested in the Apple Watch:

Over the past few months, I’ve learned to change the way I explain Apple Watch to friends and family. Instead of starting out with a list of reasons why they may enjoy an Apple Watch, I now begin with a pretty simply explanation: Apple is making a watch with customizable faces and bands. I then let that person respond, and depending on their answer, I mention how Apple Watch can serve as a communication device, a health and fitness tracker, or a mobile payment facilitator.  As a result, I now get a much more open response from people that want to see and learn more about Apple Watch. That is how Apple will sell Apple Watch.

Going beyond that simple assumption, Apple is the best in the business at creating narratives around the products they sell. Of course, Google did a fine job of bringing in developers to come up with use cases for Android Wear when it debuted at Google I/O: “Too drunk to order a Lyft from your phone? Yell at your wrist instead!”

In fact, there was quite a bit of overlap in functionality between what Google showed off with partners on that day and the apps Apple presented on stage last September.

But Apple has proven with every “new” product category introduction that it knows which features a lot of people will need to justify a purchase. With the iPhone, it was a phone, iPod, and internet device. With the iPad, it had made a powerful computer that could handle productivity software but also provided a better book-reading/movie-watching experience than any single-user device before it.

Even though several Android manufacturers beat Apple to market with tablets between the iPhone and iPad launches, Apple thrashed (and continues to dominate) the category in profitability. That ownership (regardless of its long-term future) started with filling basic needs that would make their devices compelling. 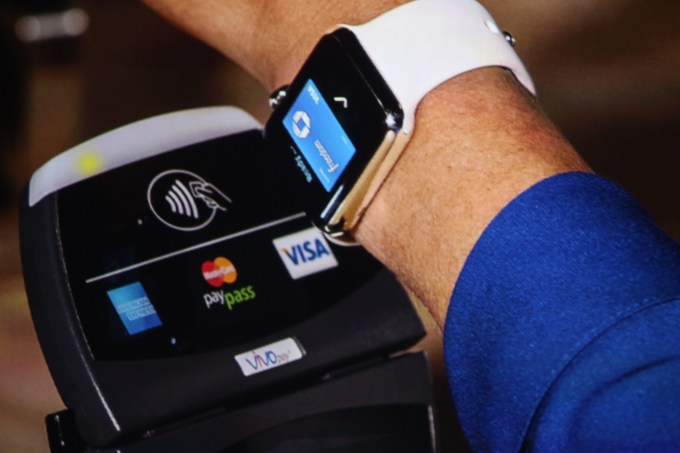 The Apple Watch opens up Apple Pay to those without the latest iPhones.

There’s reason to believe that Apple will do the same when it officially launches its Watch. TechCrunch has heard from several sources that Apple has brought in developers of apps that “obviously” need to be on the platform.

Companies like Facebook, Twitter, and Pinterest are being courted in order to make sure their apps are up to snuff for launch. We’ve also heard that Apple has been reaching out to smaller developers it likes, requesting video demos of apps running in the Apple Watch simulator. Some of these will likely end up as key part’s of Apple’s narrative just as Pixelmator was featured so prominently in the debut of the new iPad Air 2, setting the tone for Apple’s new ads.

All of that is to say Apple will have a reason ready for consumers to buy their fancy new watches as soon as they’re made: a decent suite of launch apps.

From there, its success is essentially limited by whether or not it’s cool enough to significantly expand the size of the smart watch market. As Creative Strategies analyst Ben Bajarin wrote last week, there are two obvious outcomes for the Apple Watch: it either completely owns the space like its spiritual successor, the iPod, or it dominates the high-end of the market while bringing in a rather small portion of market share, losing out to cheaper Android Wear devices and fitness trackers going for much less.

Why isn’t there a third option, where the Apple Watch is a total dud? Well, that’s still a possibility if the wearable category as a whole is something that every company thinks is a good idea but really no one wants. I don’t think that’s the case.

In addition to the advantages above, Apple also has the fact that it will probably be the only viable truly premium option in town. It’s going to have a solid-freaking-gold option, for goodness’ sake.

As blogger Matt Richman wrote last week, there’s no way Apple will open up the functionality that will make the Apple Watch so attractive (the connection to the iPhone at the operating system level) to anything but its own Watch. Actual luxury-watch makers will have to rely on Android Wear if they want to compete, which will only work with Android phones… which wealthy people, as a category, don’t buy. If there’s even a bit of a smart watch market, Apple will assuredly take the high end of it.