Over the course of four years, Fab raised more than $300 million and pivoted twice, from gay dating site to design-focused retailer to co-founder Jason Goldberg’s latest pet project, Hem. But even though the old Fab is imploding like a dying star, a new Fab is on the horizon. Bradford Shellhammer, Goldberg’s former partner at Fab, is preparing to launch Bezar, a flash sales site centered around industrial design.

Bezar won’t start selling until March, but the company (which has already raised a $2.25 million seed round) is now accepting sign-ups for customers and signing on potential designers.

The idea is to take four tight categories (art, jewelry, house, and accessories) and give designers and artists and makers the chance to be featured in those categories alongside a curated general selection of products. About 100 products will go live on the site each day, with about 100 falling off the site. Products will stay on the virtual shelf anywhere from 24 hours to three days, and they’ll range between $50 and $100, with a few exceptions.

“The key is that every product is special, and has a story, and isn’t the same as all that mass-produced crap,” said Shellhammer.

Shellhammer told TechCrunch over the phone that he left Fab with the intention to figure out what he really wanted to do with his life. After spending time realizing his own leadership abilities, he kept coming back to the original principle of Fab: to find the pockets of designers who truly care about brand and to give them a place to be seen and heard. 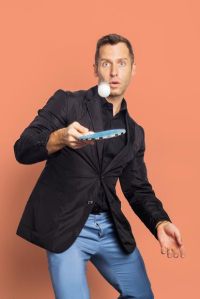 Shellhammer said it took all of two and a half weeks to raise venture capital, bringing on Lerer Hippeau as the lead alongside an “army of angels,” including David Tisch, Charlie O’Donnell, and Hiroshi Mikitani of Rakuten. There are 20 angels who participated in total, and Shellhammer explained that his strategy all along was to bring on a super compatible lead and then take a pinch of money from folks who could help in various ways.

But even with the financing and the experience that Shellhammer has, there is one relatively big obstacle standing in his way: the failure of Fab.

I asked him why he thought Bezar would succeed while Fab failed.

“For one, Bezar has one leader instead of two,” said Shellhammer. “That’s not meant to disrespect Jason, but at Fab we were always compromising between the two of us.”

He added that he never wanted to veer away from flash sales as he believes it’s a proven model that can work for this type of product.

“If you look at my house and the way I dress and the people I socialize with, you’ll see that Bezar comes from a very authentic place,” said Shellhammer. “I surround myself with beautiful people who make beautiful things. This isn’t an ego thing. I just feel like Bezar is the best way that I can make the world a better place.”

He also added that he takes a lot of inspiration from companies like Whole Foods, who can see the desire that people have for authentic, unique, worthwhile products, and curate products from the little guy to make that happen.

But of all the lessons learned through Fab, the most important one for Shellhammer is to grow slowly. He said that he wants to be extremely conservative with funding and doesn’t expect a billion dollar valuation overnight, but would rather build a healthy, sustainable business through the power of curation.

“When you’re building a retail brand, you have to earn trust over and over with each transaction,” said Shellhammer. “It will take many years to build that trust, but this isn’t just a business to me. It’s my life.”

“I’m signing up to do this for the rest of my life.”

If you want to learn more about Bezar, head over to the website right here.